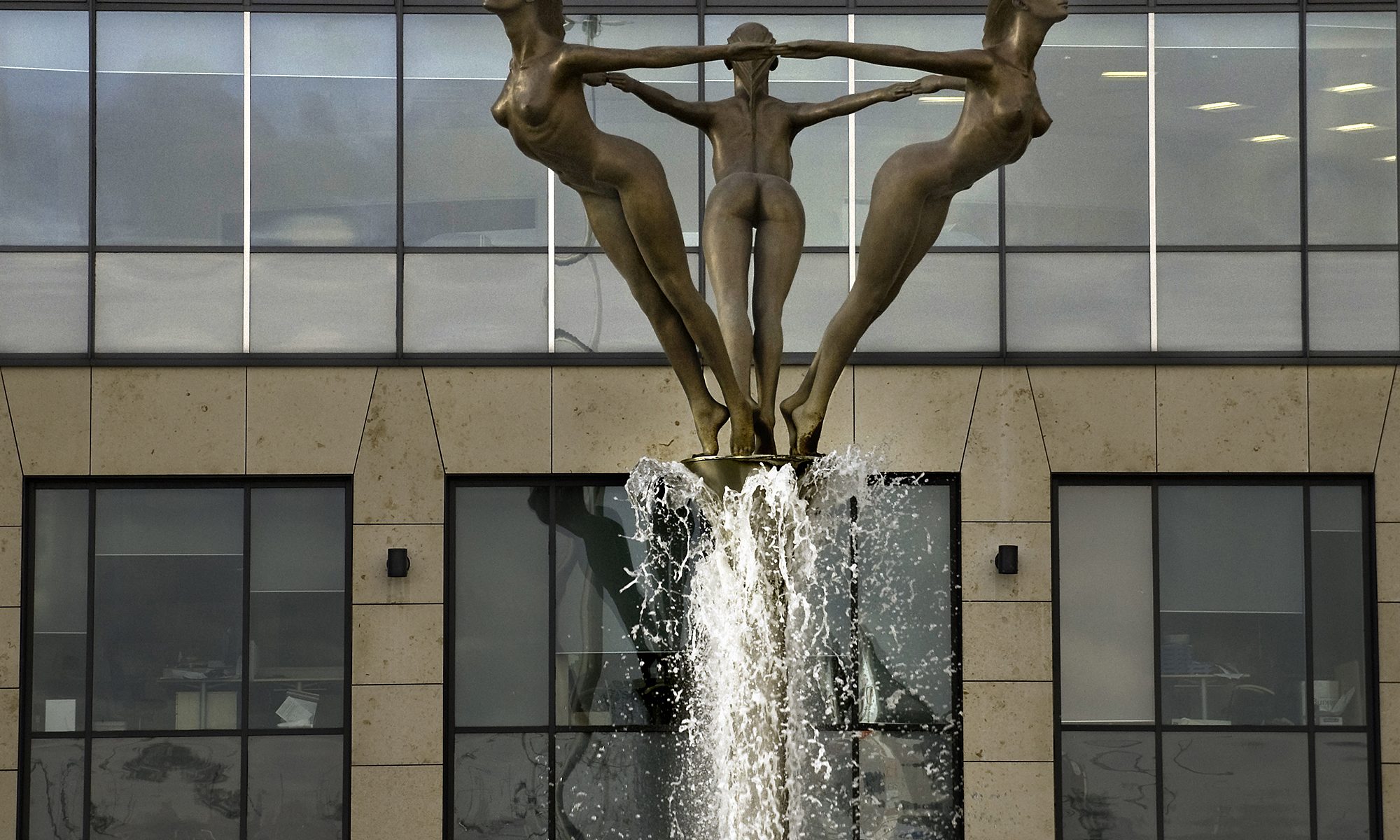 Unfortunately I couldn’t find out what this statue was officially called, because it was one of the few occasions when I have photographed a statue and not looked for a plaque with information on the artist and title. However, it probably didn’t have one as this statue is in front of a large office building and had large iron gates at the main entrance. This meant, I had to look over the gates to take the picture and even then this statue was a good 20 yards away from me, so it was one of the situations where I am thankful for a zoom lens.

I have seen much better pictures of this statue. I believe that the time of day was wrong and due to such high amounts of sunlight reflecting off the glass behind and the darkness of the statue itself, the camera found it more difficult to capture all the detail in the shadows. Now I know why my dad often says that “Cloudy days are statue photography days”.