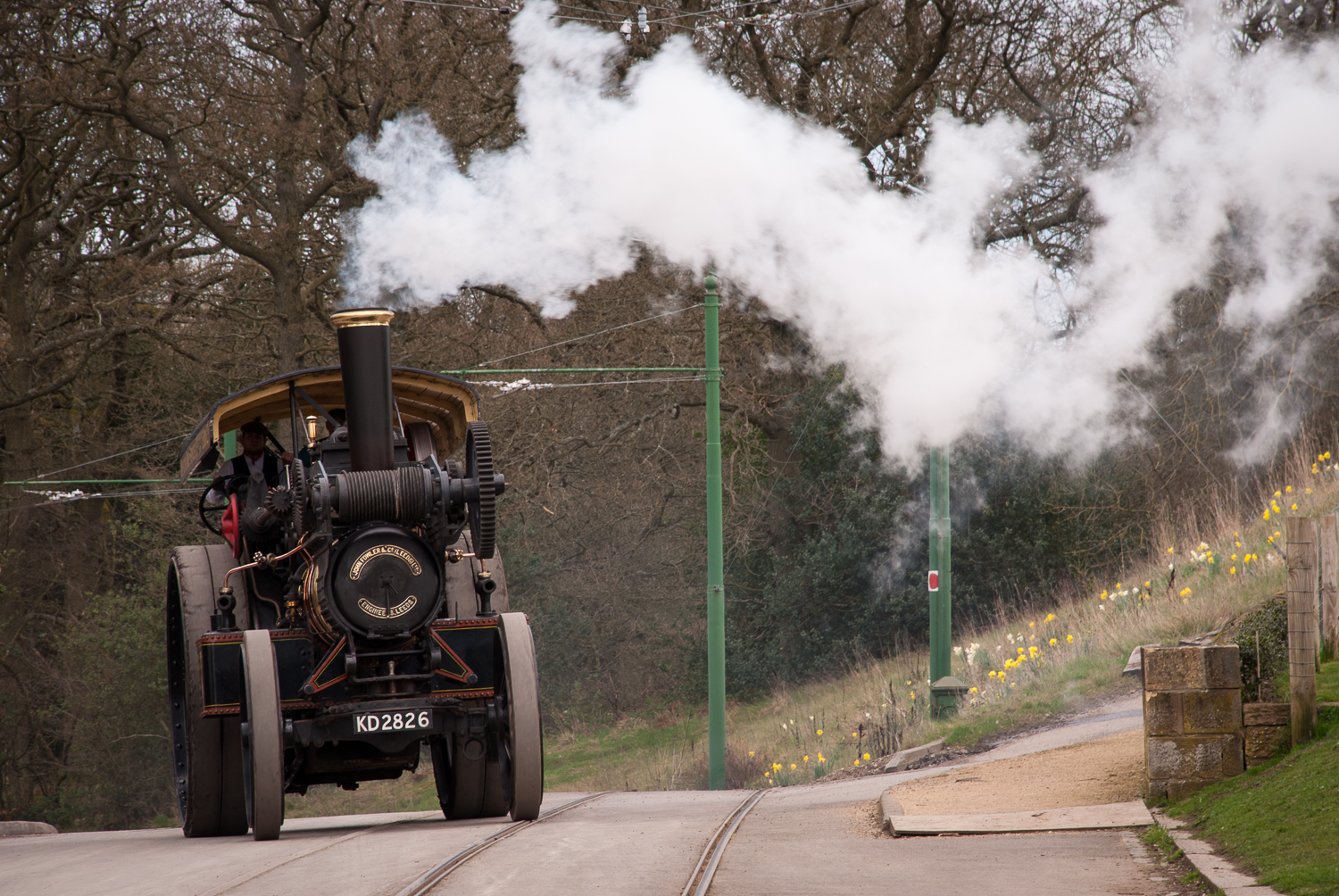 One of the great tourist attractions of County Durham and the North East of England is Beamish, the living museum of the north. I’d heard about it and had been meaning to go for years. When I went it was much big and better than I expected. It was Easter weekend so whilst it was very busy, they had dozen of old vehicles from old tractions as seen here to old cars, buses and fire engines. There were also many volunteers and staff dressed in olden days clothing. The museum was opened in 1970 with a focus on the restoration of Victorian and Edwardian industrial revolution Britain. The site is about 300 arces and has a old trams running around the outside (as you can see the green pole in this photograph for the tram lines). This traction engine was coming up the hill to the main entrance just off to the right. The hill indirectly helped this photograph have lots of smoke coming from the coal powered steam engine. 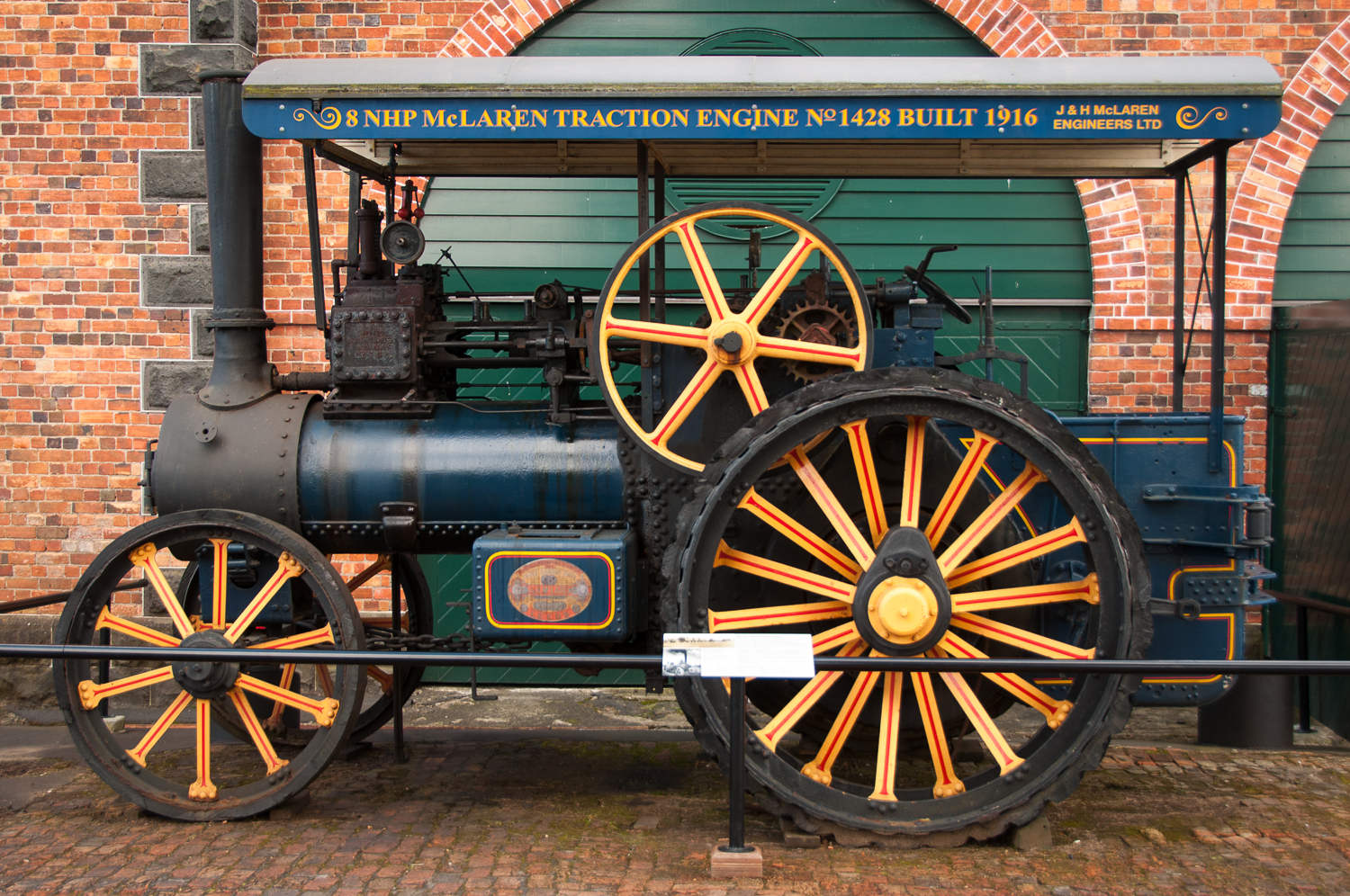 This traction engine is outside the Pumphouse at MOTAT (Auckland’s Museum of Transport and Technology). Last weekend I finally went for a look around their exhibits. Growing up I went to a number of traction engine rallies back in England, so it brought back good memories seeing this huge machine. This one was originally built by J and H McLaren Engineers in England but spent its working life on farms down in Christchurch. The steam power that drives the wheels to move it along the road, can be diverted to provide power for ploughing, running machinery or crushing stone. 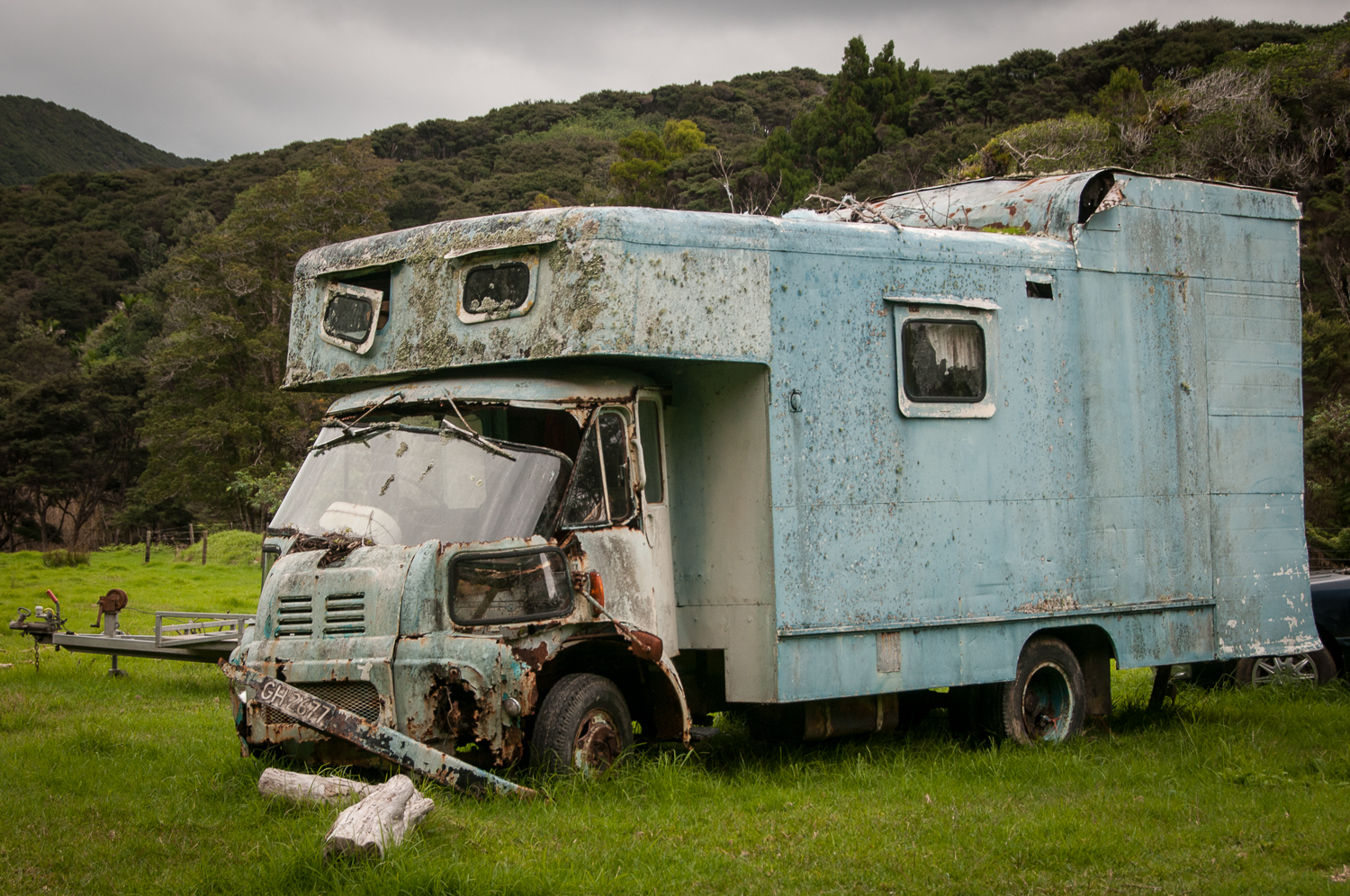 House trucks are something I hadn’t seen before I came to New Zealand. This is one of the few places left in the world where house trucking can be a lifestyle choice with these types of simple home made trucks. Back in the UK or many other countries in Europe, strict laws and road safety standards wouldn’t let anything like this one the roads. That being said, this truck is very much retired. From what I could gather nobody lives in this truck anymore. However, I have seen trucks in a similar looking condition (maybe with working tired and windows) driving slowly along the road. 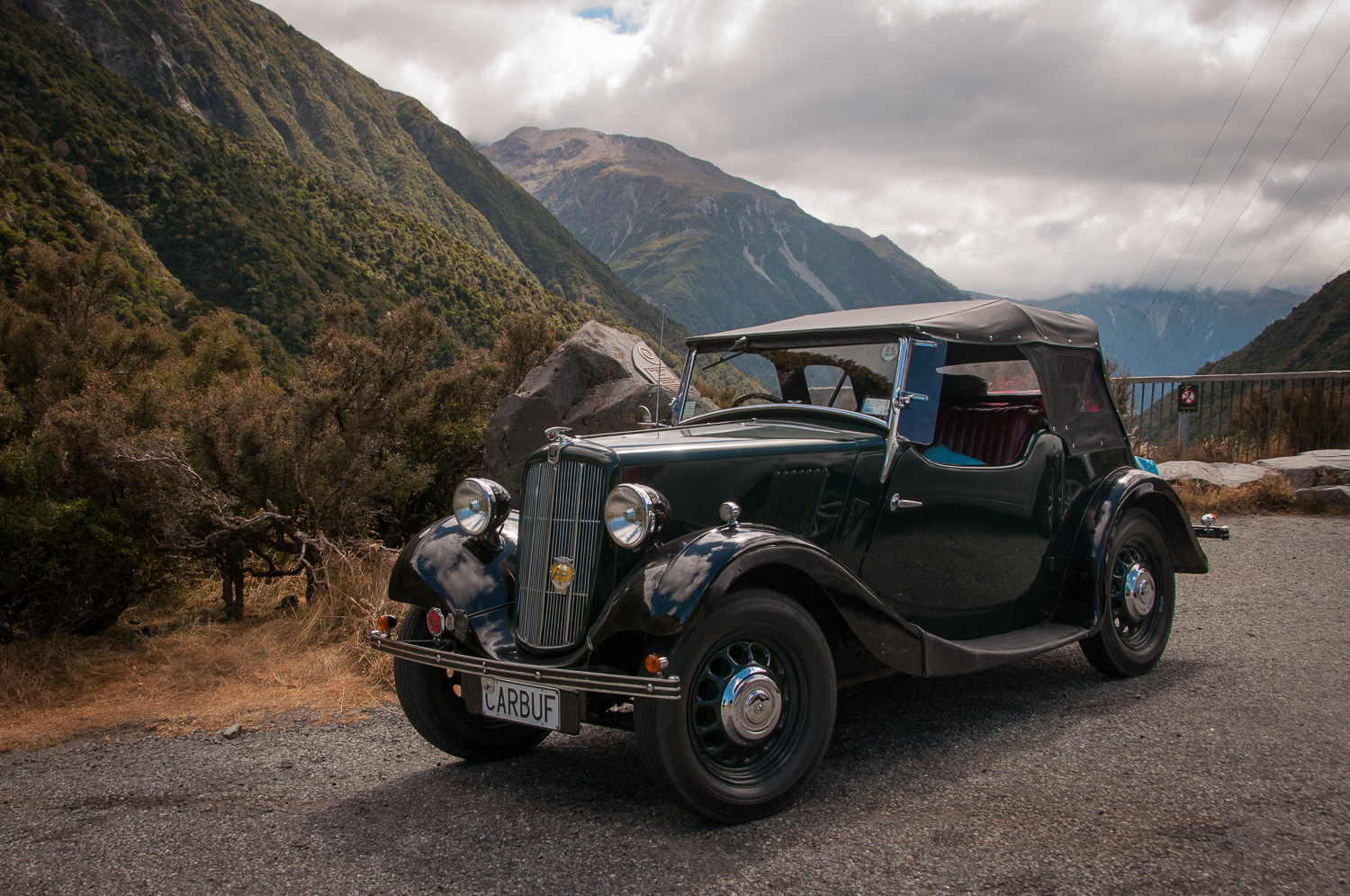 This is a Morris Ten-Six from 1934. Having seen many classic British and American cars on the roads of New Zealand it was little surprise to come across such a fine sports car. It was parked up at the view point looking down to the Otira Viaduct in Arthur’s Pass National Park. Looking around at other cars on the road I had obviously stumbled across another classic car club out for a days drive. As I drove along I saw about a dozen different British cars from the early and mid 20th century, this was my favourite.