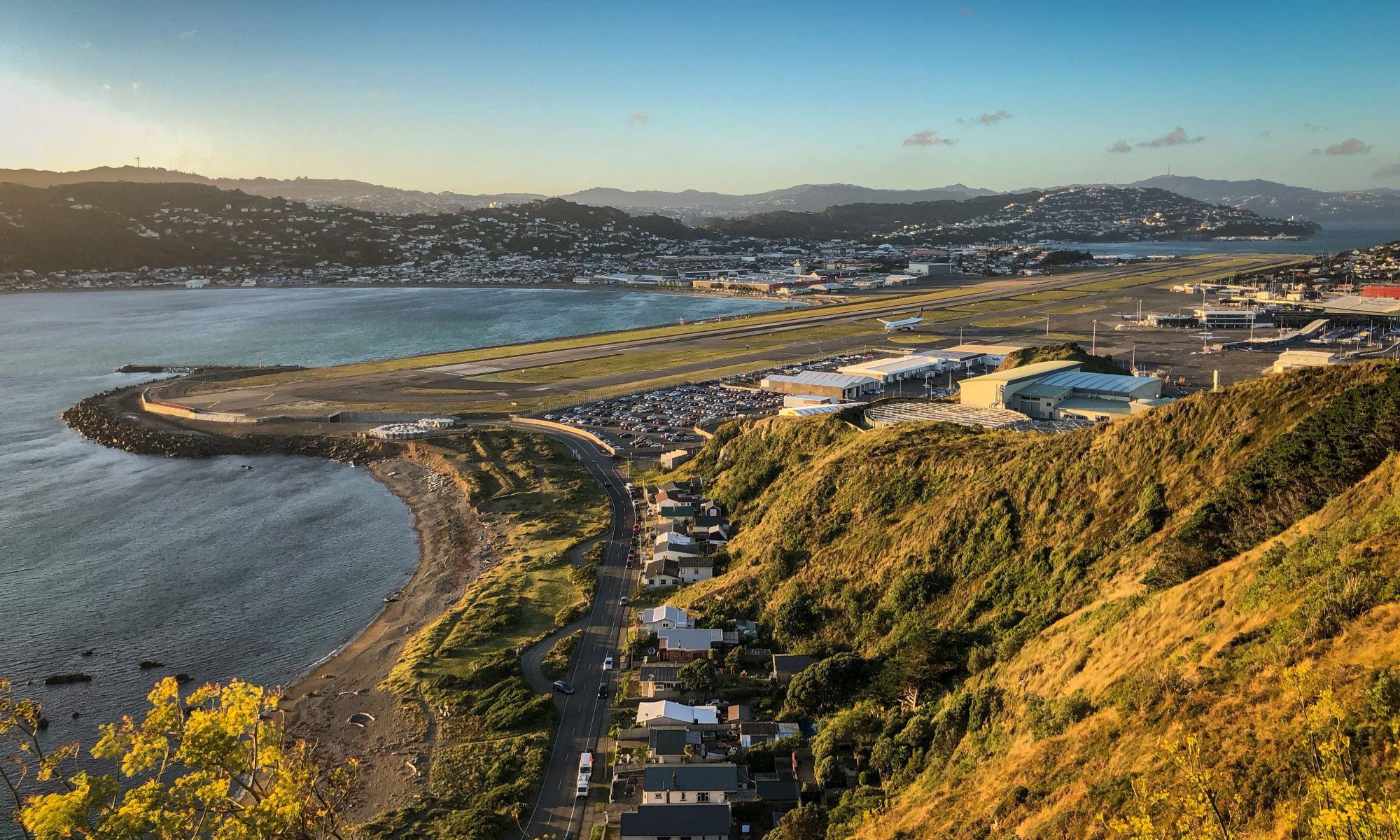 There are many hills around Wellington Airport. Both on the city side and in the Miramar peninsula. I intend to explore the bays and hills of Miramar more. This photograph was taken at sunset from the Moa Point Radar Station. Also known as Palmer Head Fortress it is a great place for a picnic and some plane spotting. From here we can see a Singapore airways plane getting ready to take off. Behind the airport is Lyall Bay. The road below where I was stood is Moa Point Road. 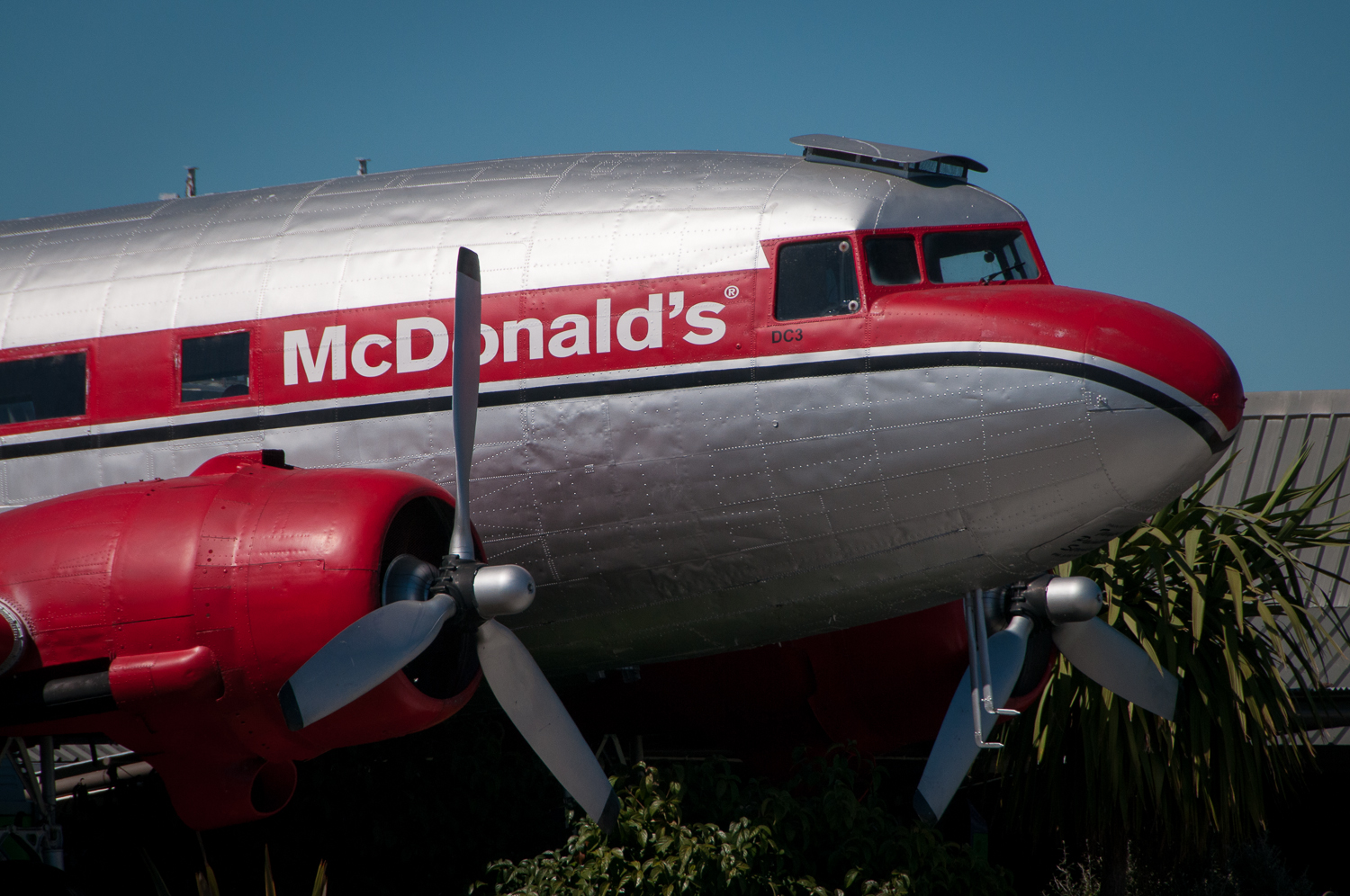 Taupo’s McDonald’s must be one of the most unique of their 34,000 locations  around the world. This Douglas DC3 aircraft sits in the car park. Personally I am  not a fan of McDonald’s and so didn’t explore inside the plane itself but I have  been reliably informed that the cockpit is still intact, although the aircraft  is decommissioned. Not only does the line for the drive through go around the  back of the plane. But there are seats inside the plane for customers. Only in  New Zealand! 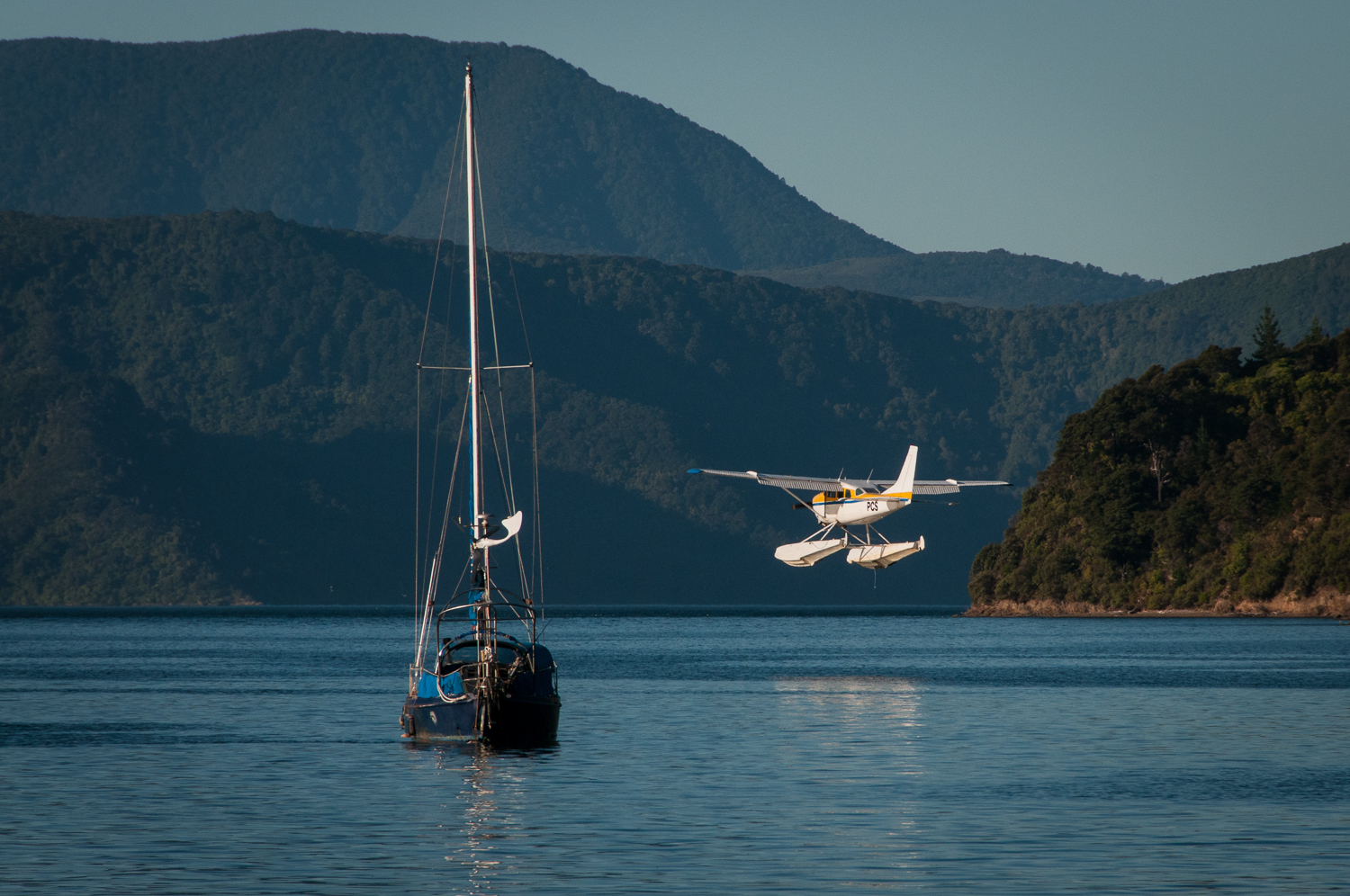 Sea planes are fairly rare where I am from in England. I only remember ever seeing one in the UK and that was in Glasgow. Here in New Zealand it seems like almost all of the larger lakes and ports have a sea plane. They are mainly used by tourists for “Air Safaris”. This was taken early evening as I sat on the harbour front to watch the ferries coming in and out of the port heading across the Cook Straight to Wellington. 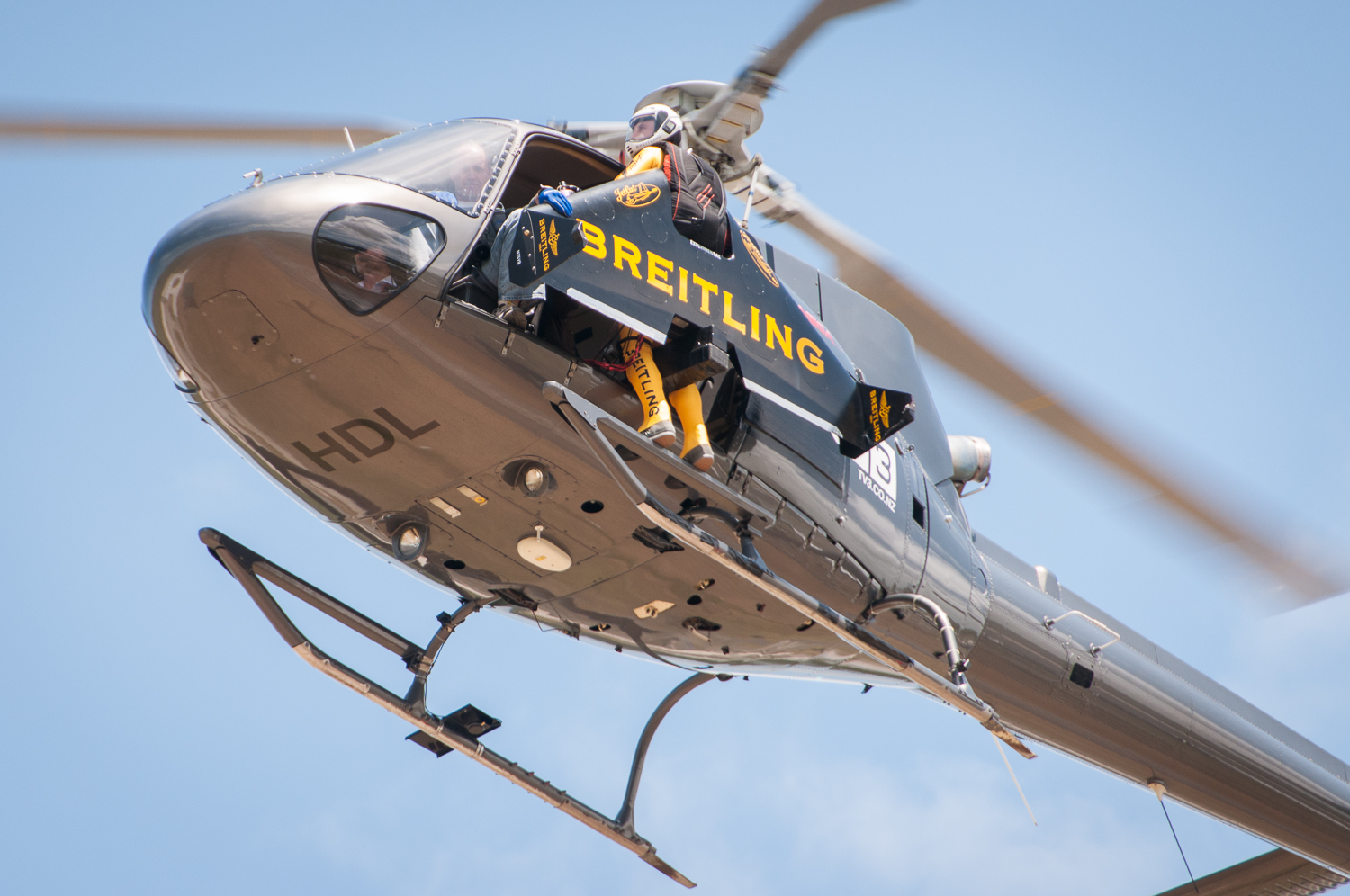 Perched on the edge of the helicopter above is Swiss born Yves Rossy and his million dollar jet-powered wing. Known as the jet man, at 10,000 feet he let go of the chopper and flew around for about ten minutes at speeds of over 200 mph.

It has been a few years since my last airshow. The New Zealand International Air Show promised to be something new, both for me and for the country. They used helicopters with cameras to film the aircraft and sky divers and huge screens next to the runway to give us a birds eye view. The mix here was about 50% skydiving and 50% aircraft. Not surprising given the countries near obsession with extreme sports.