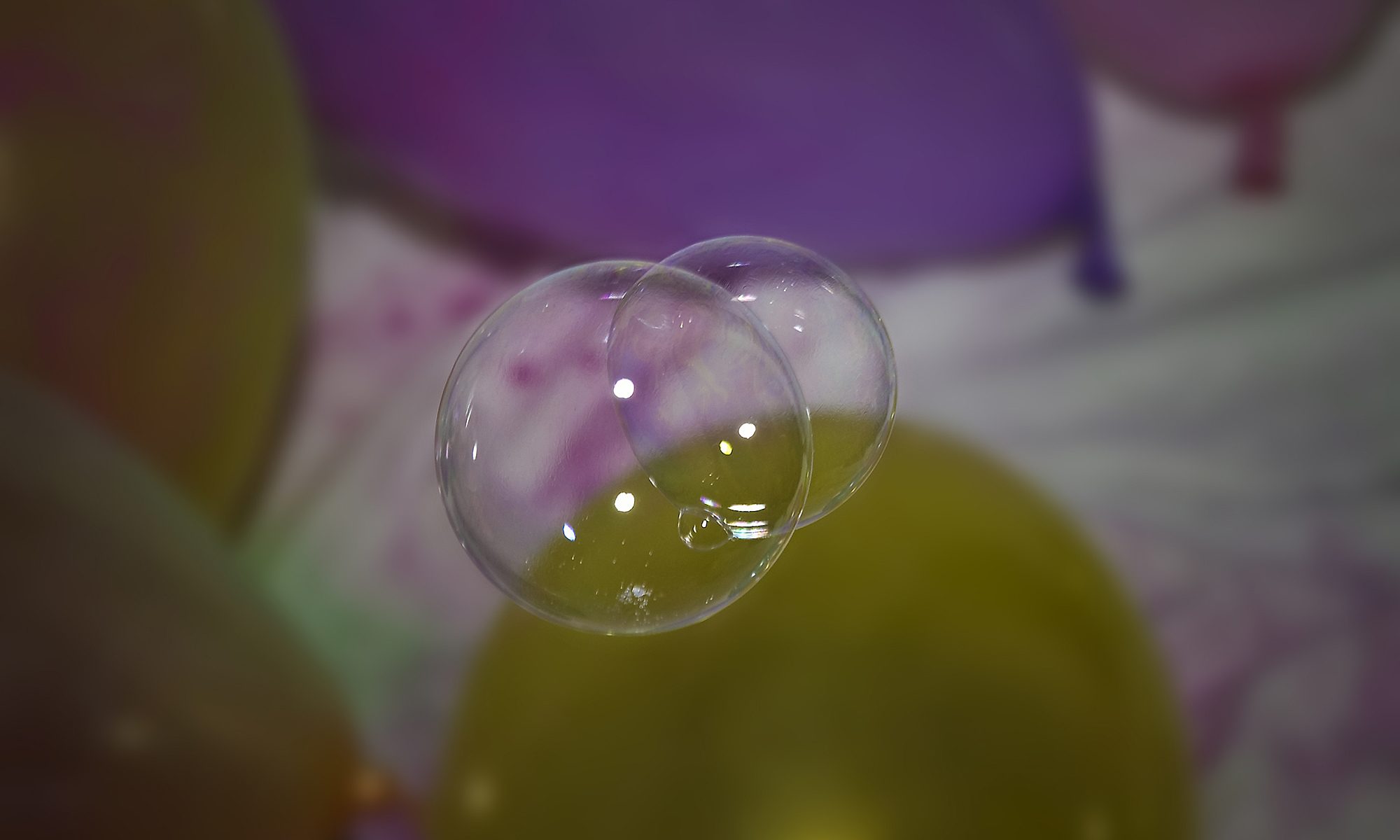 This was one of the more experimental photographs that came out of Tuesday’s fashion photography workshop and was taken as more of a test for future shoots than anything. The idea of using bubbles in a portrait was going to be difficult for a number of reasons. Firstly the bubbles move, so focusing on them would require a lot of trial and error. For the camera to focus and the shutter to be pressed before the moving bubble hit anything or exploded would be more difficult in my opinion that the exploding paint balloons we had just finished shooting.

However, despite my doubts we tried it. There were two people blowing balloons towards the single studio flash we had being using throughout the last two days photography. Out of about 30 – 50 attempts the camera only managed to find a focus and take a picture six times and this was the only picture that came up on screen with the bubbles sharp rather than the balloons. With the bubbles being so see through, the camera’s sensor didn’t pick them out most of the time. Perhaps next time I could try manual focus, but this might be even more complex with the bubbles moving constantly.