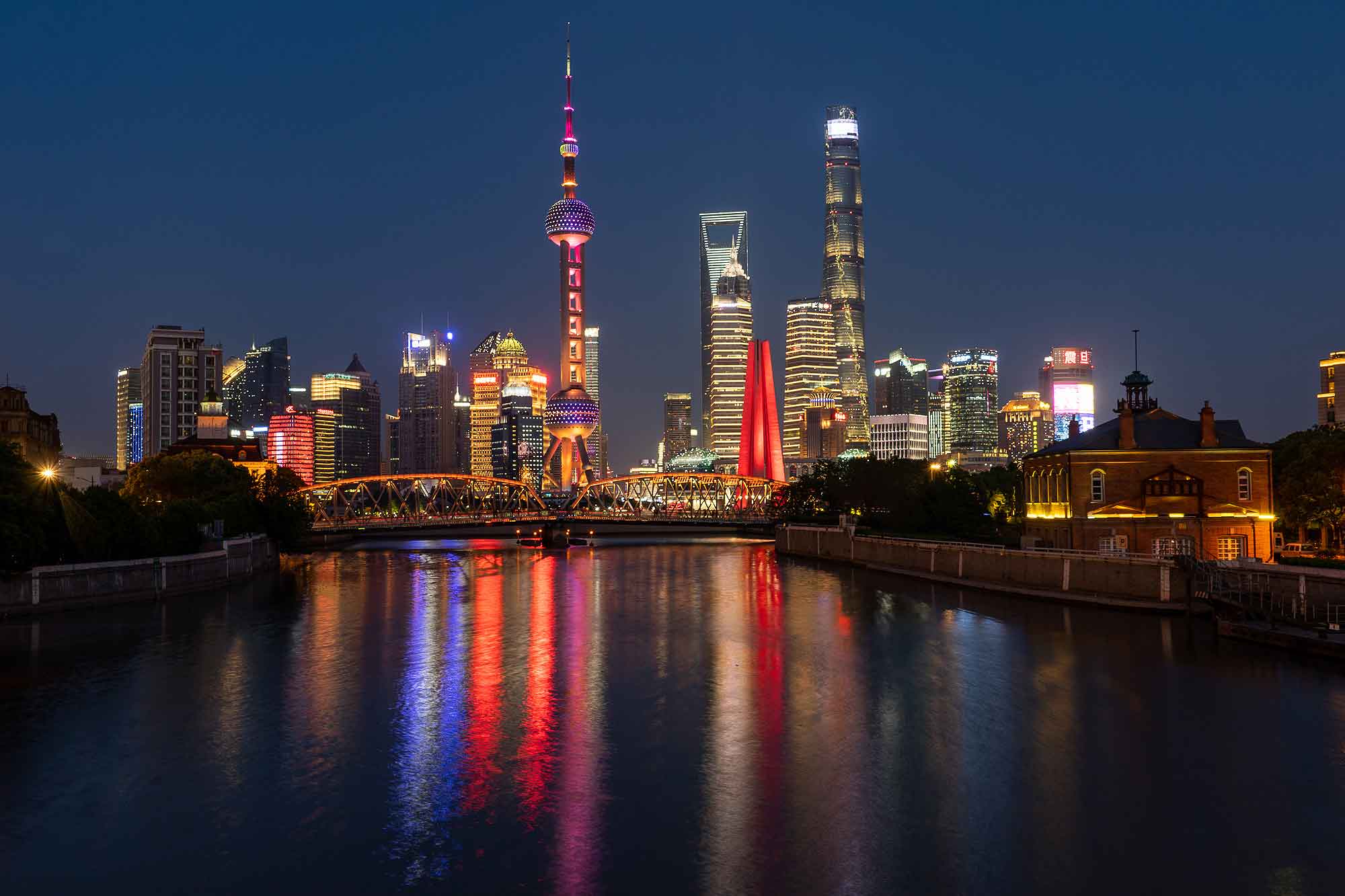 From the Zhapulu Bridge looking east along the Suzhou Creek towards Waibaidu Bridge and the Shanghai skyline behind. This might be one of my favourite views of the city. There’s still a good reflection of the building lights on the water but it gives a bit more old and new. Older Shanghai architecture of the Former Rowing Club on the right and iconic Waibaidu Bridge. Contrasting with the shiny new buildings on the east side of the Huangpu Bridge. In particular the Oriental Pearl TV Tower and Shanghai Tower. Aside from the west banks of the Huangpu River at The Bund, this was the most crowded location at dusk. There were at least 40 other photographers with tripods all along the footpath of the bridge. A couple even had drones with them for an aerial view. 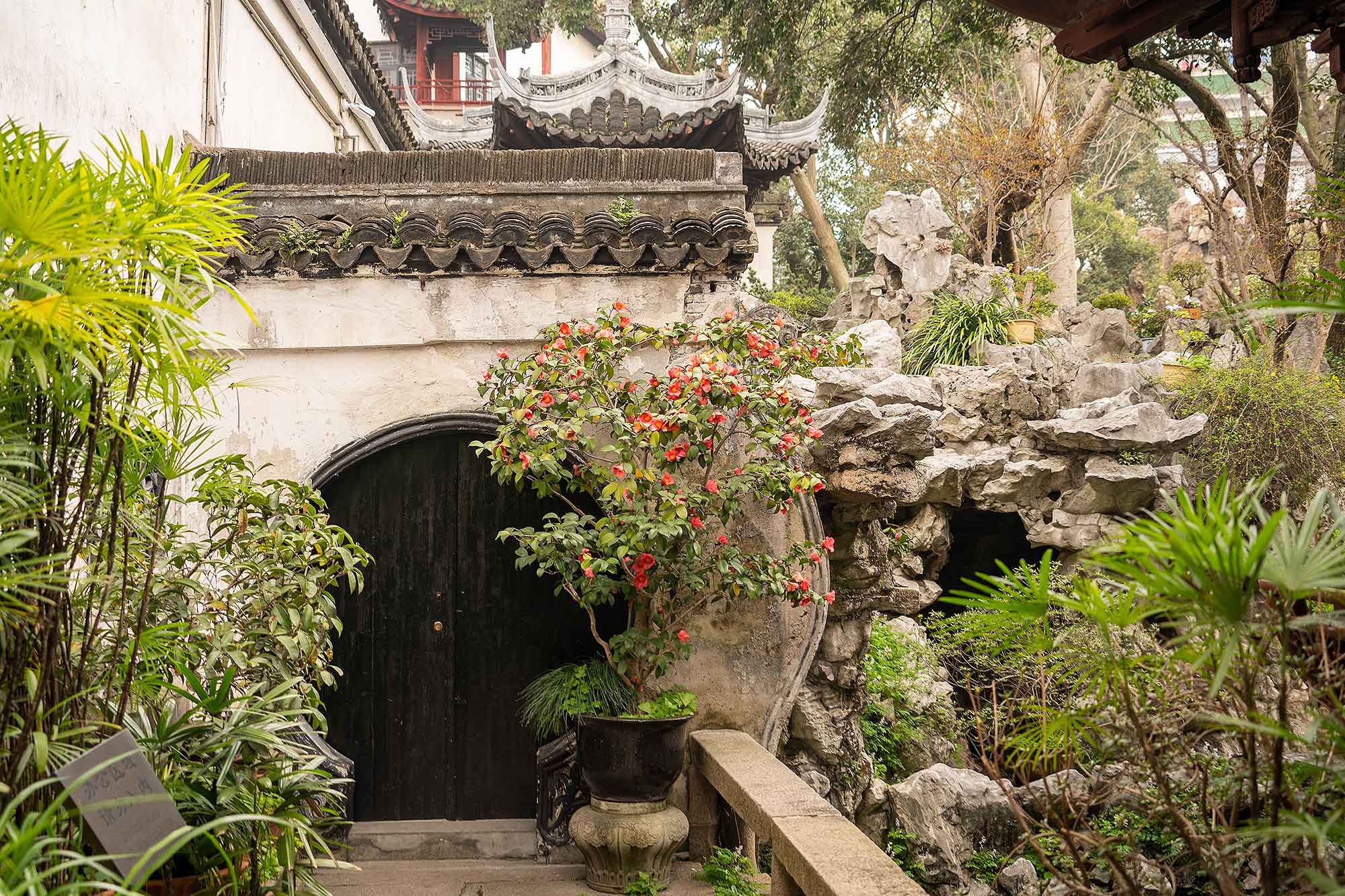 This round door was only about 5 feet tall. With the beautiful plants and rock garden around it I knew I needed to capture it. Doors and doorways make fascinating subjects to photograph. I don’t know what this door leads to and didn’t try and open it as it was not for tourists and I didn’t want to get in trouble. If I get the chance to visit the Yi Gardens again, I’ll be sure to go with a local tour guide. Then ask them if they know what is behind this round door. 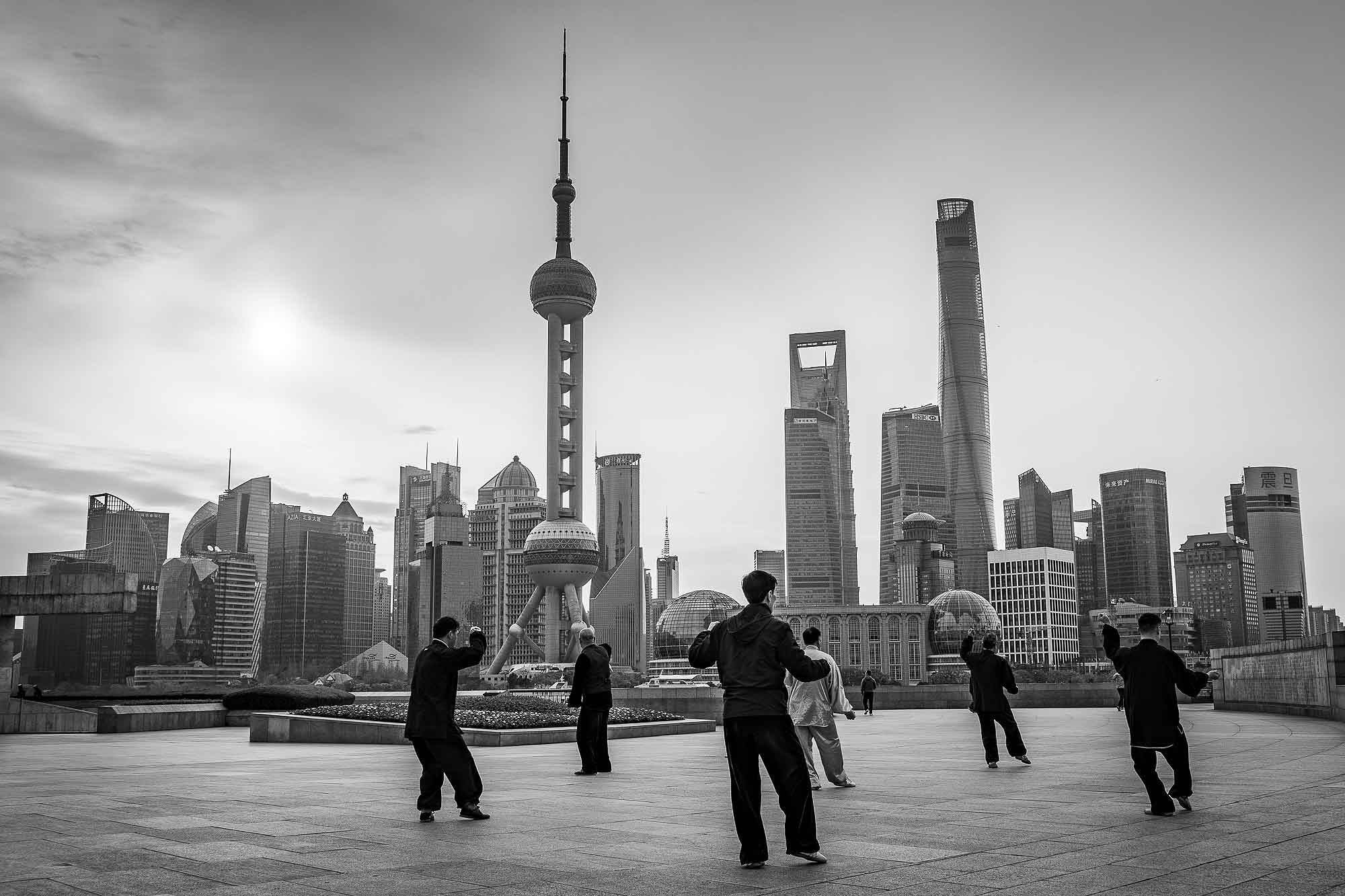 This group of people were practicing what I guess to be Tai Chi. If I’m wrong please let me know and I will correct this. They were so focused on there practice they didn’t see me. Even when crouching to frame this photograph with the Shanghai skyline behind them. This was taken at around 6am in Huangpu Park. We were next to the Shanghai People’s Heroes Monument and The Bund Historical Museum. Getting up before dawn for a photo shoot can sometimes be a bit of a gamble in a new city. The weather can often be unpredictable or not on your side. Shanghai was very hazy early in the morning. On the other hand there are a lot less people and crowds around. In this case, the group of people make this photograph special to me. Without them it would be far less appealing. 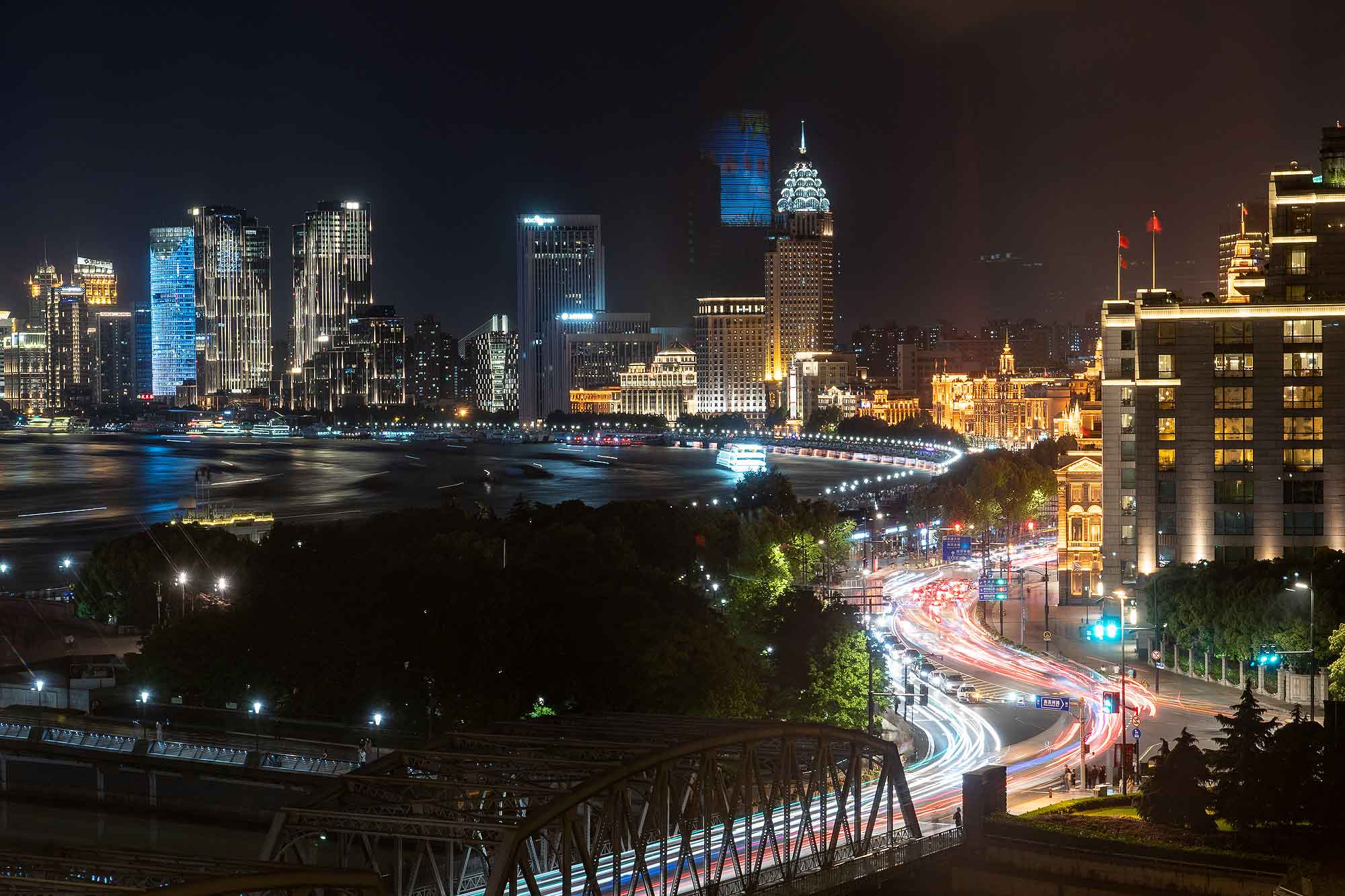 The Waibaidu Bridge in the foreground connects traffic along the Zhongshan Road. Which winds around the curves of the Huangpu River. This was the view from my hotel room, the Broadway Mansions Hotel Shanghai. I forget which floor this was from but I would stay there again. It is in an ideal location for exploring The Bund and tourist areas of central Shanghai. I’m not sure the names of the buildings along the river. The dark area across the bridge is Huangpu Park which is lovely to explore.