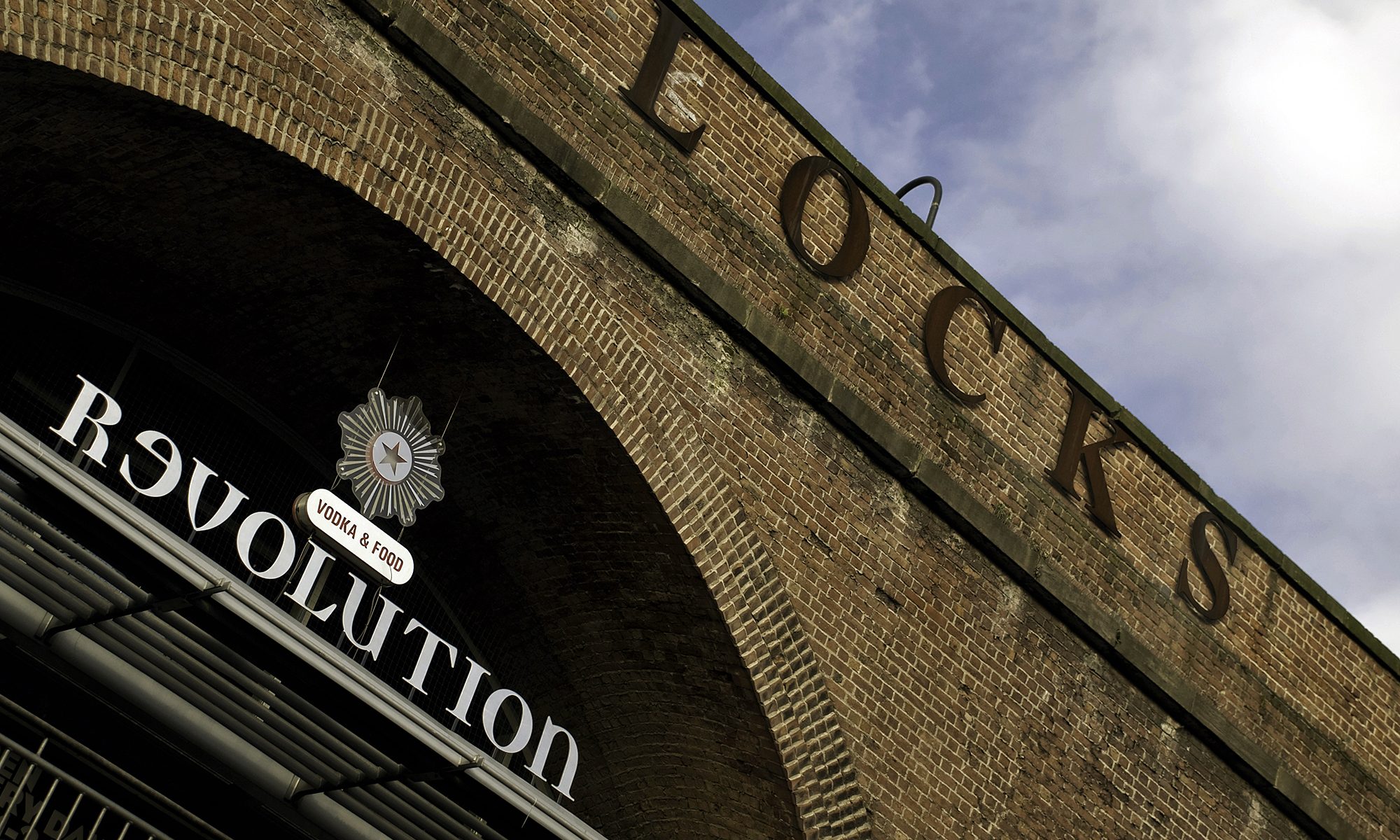 It has been a week of blue skies and strong sunlight all week and yesterday I finally made time to go for a photo walk around the Castlefield area of Manchester City Centre. The above photograph shows part of Revolution, a Vodka bar at Deansgate Locks. There are four or five bars in a row in front of the Bridgewater canal and below the Gmex Metrolink Station. The text above the bar saying “Deansgate Locks” was almost the same colour as the brick work so using a layer mask in Photoshop I selected the “Locks” sign and darkened it to make it stand out more. Because of the position of the sun and the image being captured late in the afternoon in winter, there was a strong, warm coloured light which enhances the orange colour of the brick work. I was pleased with the small photo shoot and hope to bring more details of the Castlefield area which I haven’t previously photographed.