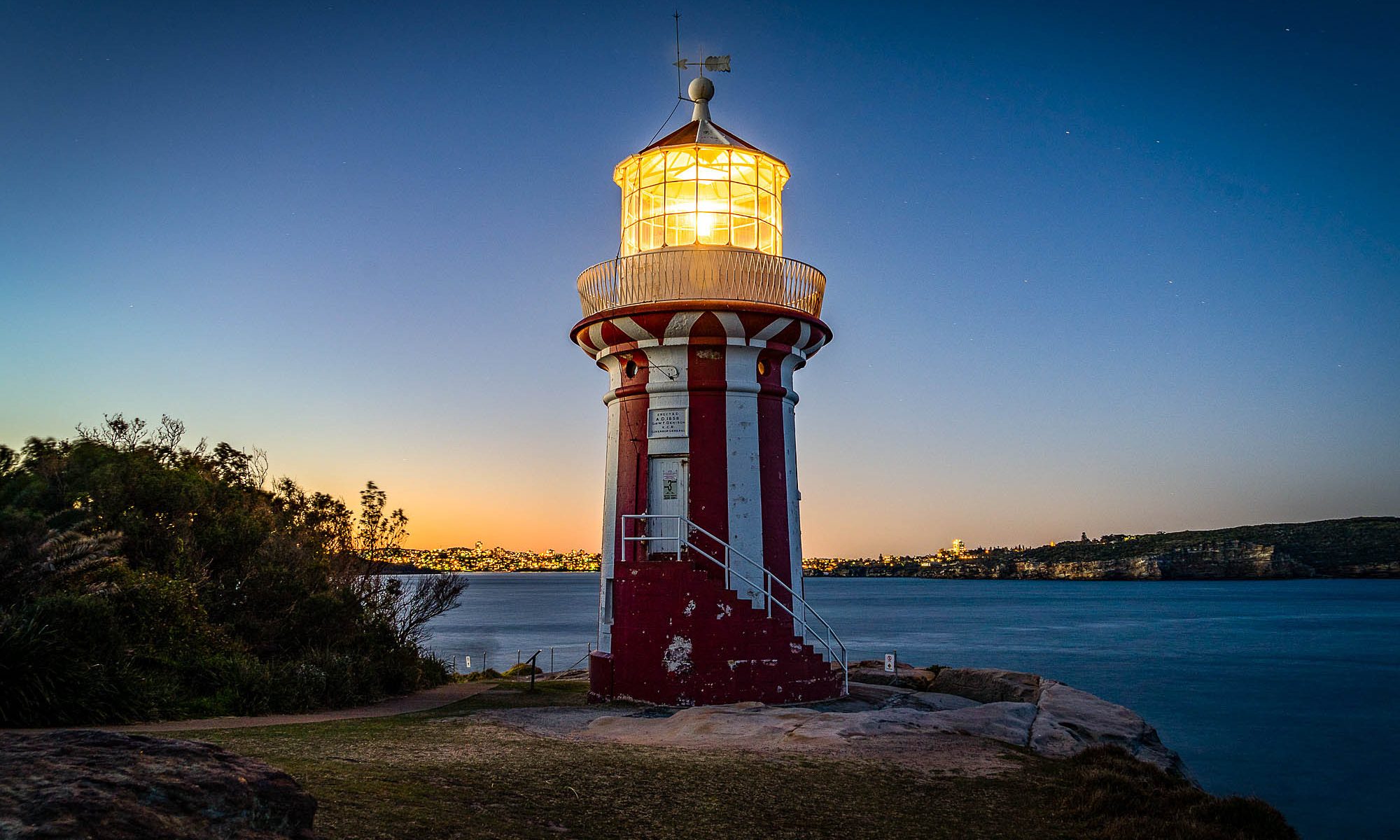 Constructed in 1858 this is one of Australia’s most important lighthouses. Standing bright at the southern entrance to Port Jackson and Sydney Harbour. In my two week trip to Sydney, this was location was the furthest I ventured from the city. Taking a ferry from Circular Quay to Watsons Bay. Then walking the 3 kilometres around Green Point Reserve and Camp Cove to the lighthouse. On the other side of the water is North Head on the right and the lights of Manly behind the light house. 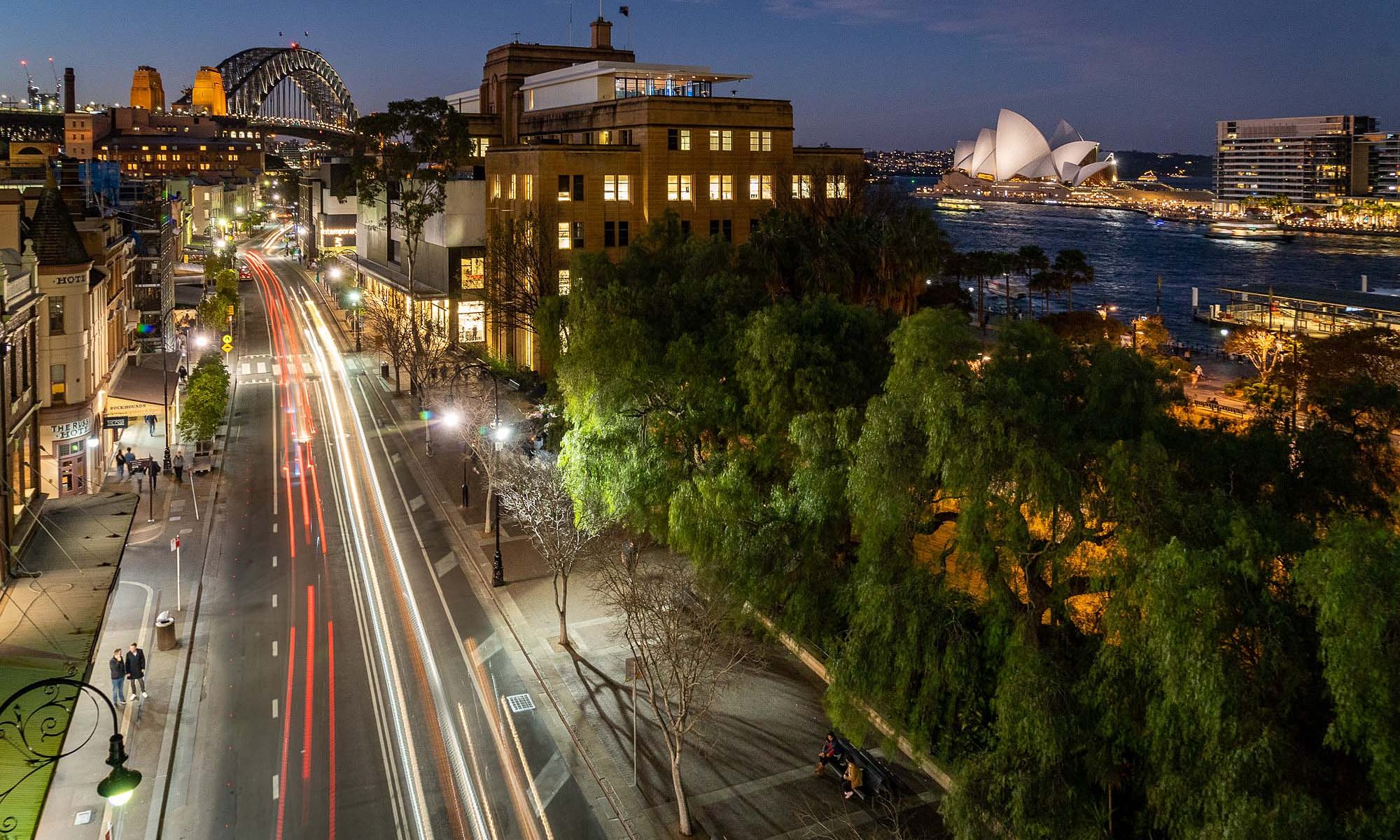 the Museum of Contemporary Art of Australia online, I saw a similar photograph. Only taken in the daytime. At first, I assumed it had been captured using a drone. The large building the centre of the image is the museum. On the last day of my trip, I took a lift next to the train station. It took me up to the pedestrian walkway alongside the Cahill Expressway. Walking about 100 metres along it from above Circular Quay station. I ended up on a bridge right over George Street looking over The Rocks area of the city. Watching the cars moving below me I wanted to return at dusk. Due to the heavy highway traffic close behind me and the narrow walkway. It was hard to keep the camera still a long enough exposure time to capture the light trails from the traffic. 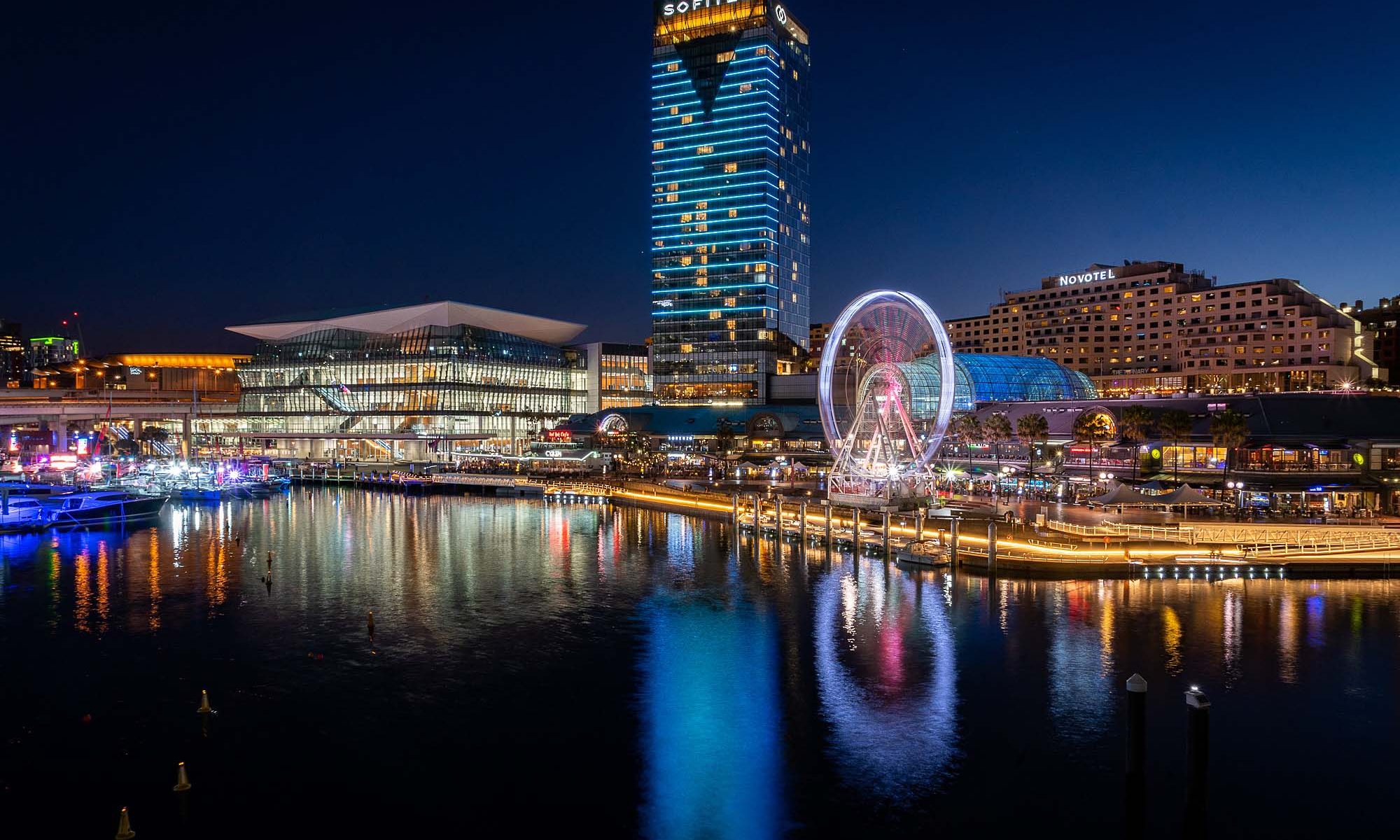 Standing on Parmont Bridge gives a great view of Darling Harbour and the Ferris wheel. This was taken in the evening so there was more movement in the water from wind and water taxis. The building on the left is the ICC Sydney Convention and Exhibition Centre. The Sofitel Hotel in the middle and Harbourside Shopping Centre on the right. Originally I wanted to capture the full reflection of the Sofitel building on the water but decided to focus more on the ferris wheel’s reflection. Using a 5 second long exposure time when the wheel was moving makes it almost look like a ring of light. Behind the wheel and the glass roof of the shopping centre is the Novotel hotel.