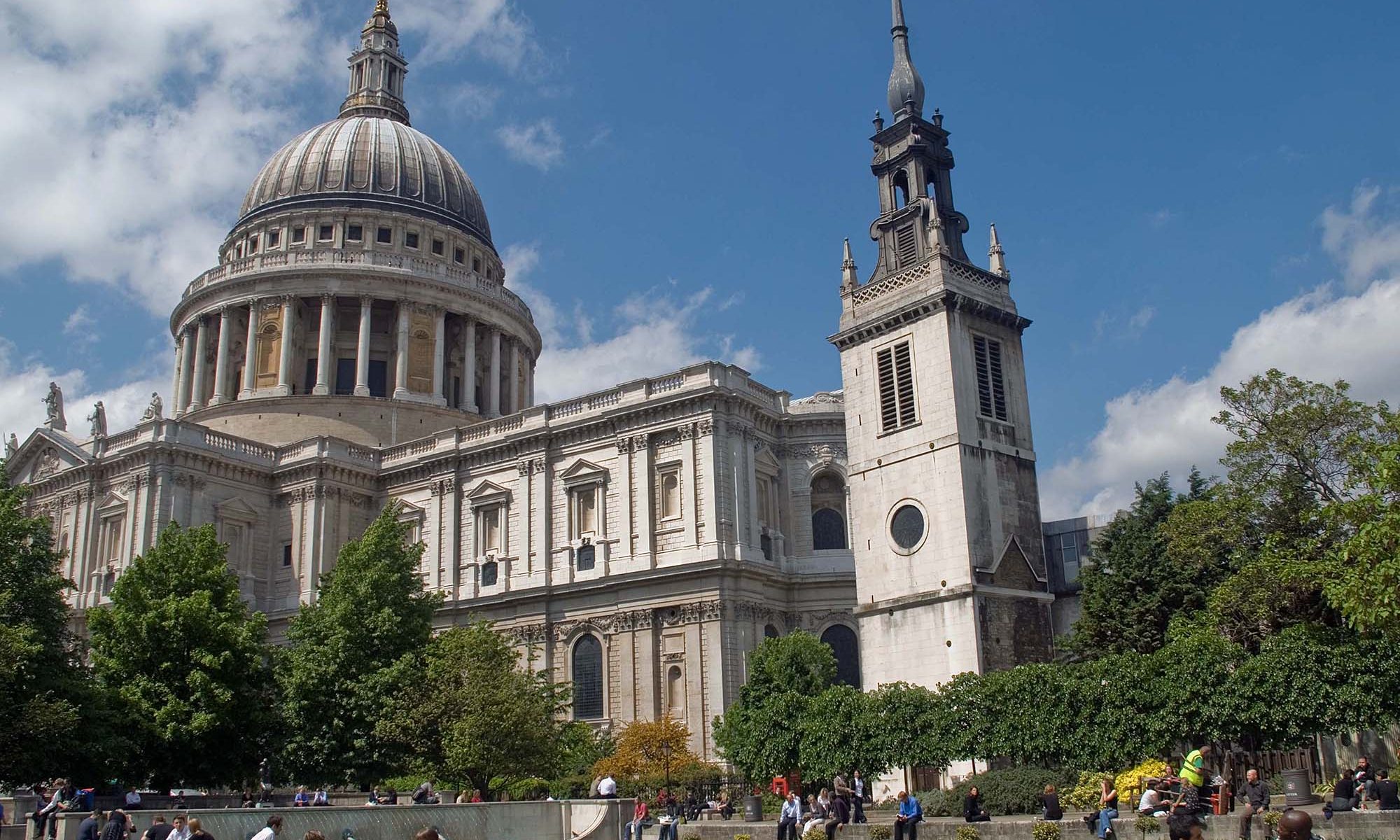 Until I got to St. Paul’s Cathedral I never realised how difficult it was to photograph. Getting the whole cathedral into one image is almost impossible from ground level. Still, I thought I would share the picture above with you. I know I have missed off part of the building to the left but I decided to include the people at the bottom of the photo to give you a sense of scale. For me this makes the cathedral look even more impressive and dominating. The current building dates from the 17th century and is generally thought to be London’s fifth St. Paul’s Cathedral. The first of these cathedrals is thought to have been built as early as 604 AD. The St. Paul’s Cathedral article over on the Wikipedia is actually a fascinating read. I really should have ventured to the top of the dome but seeing the amount of people on the other side of the Cathedral by the main entrance I thought my time would be better spent out in the sun photographing London than stood in a massive queue for hours.