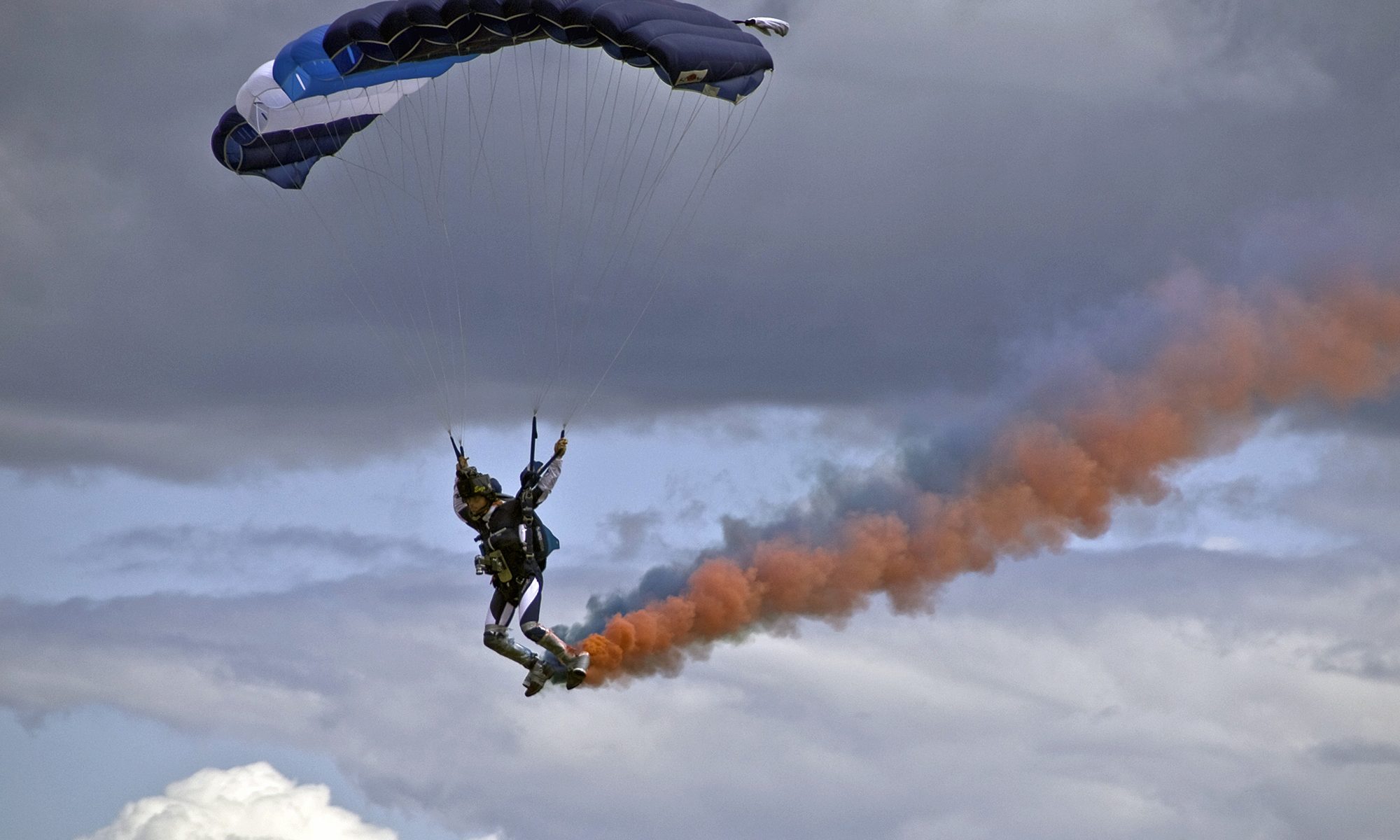 The Red Devils are the British Parachute Regiment’s display team and this photo shows one of the team members just before touch down. I found it more of a challenge to photograph the parachutists than the planes at the Farnborough Airshow. Yes, plane do move faster, but planes are also a lot bigger.

Parachutists also are in two parts, the chute and the person. It is almost impossible to see the cords that connect the two (a bit of a minor detail I’ll admit that). At the point this was taken the man was less than twenty feet from the ground and I feel that the composition works well, especially with the trails of blue and red smoke coming from his shoes.