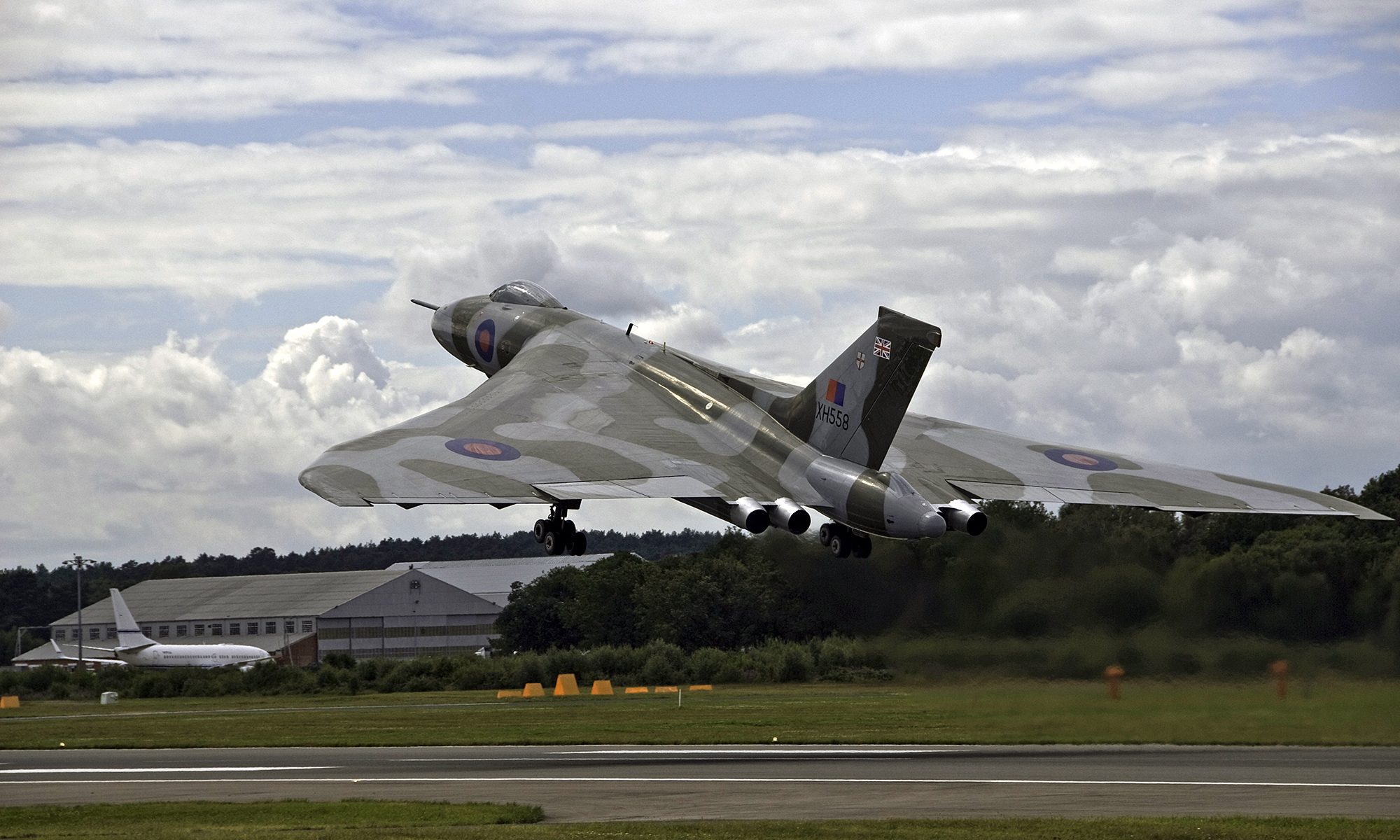 Here we see a Vulcan Bomber (Avro Vulcan XH558) just after take off from Farnborough International Airport. This is the only airworthy example of the 134 delta wing subsonic bombers that were operated by the Royal Air Force from 1953 until 1984. I was fortunate enough to take it’s photo at this years Farnborough Airshow. Obviously, everyone crowded to the front when such a unique aircraft was taxiing out onto the tarmac, so I wasn’t able to get the perfect front view.

I am happy with this framing as this wasn’t cropped, the right edge of the wing is honestly that close to the edge of the picture in the original raw file out of the camera. Being hypercritical (its what I do best) it would have been nicer if the shutter had been pressed a fraction of a second later in order to have the plane just above the tree line, but thats just being fussy!