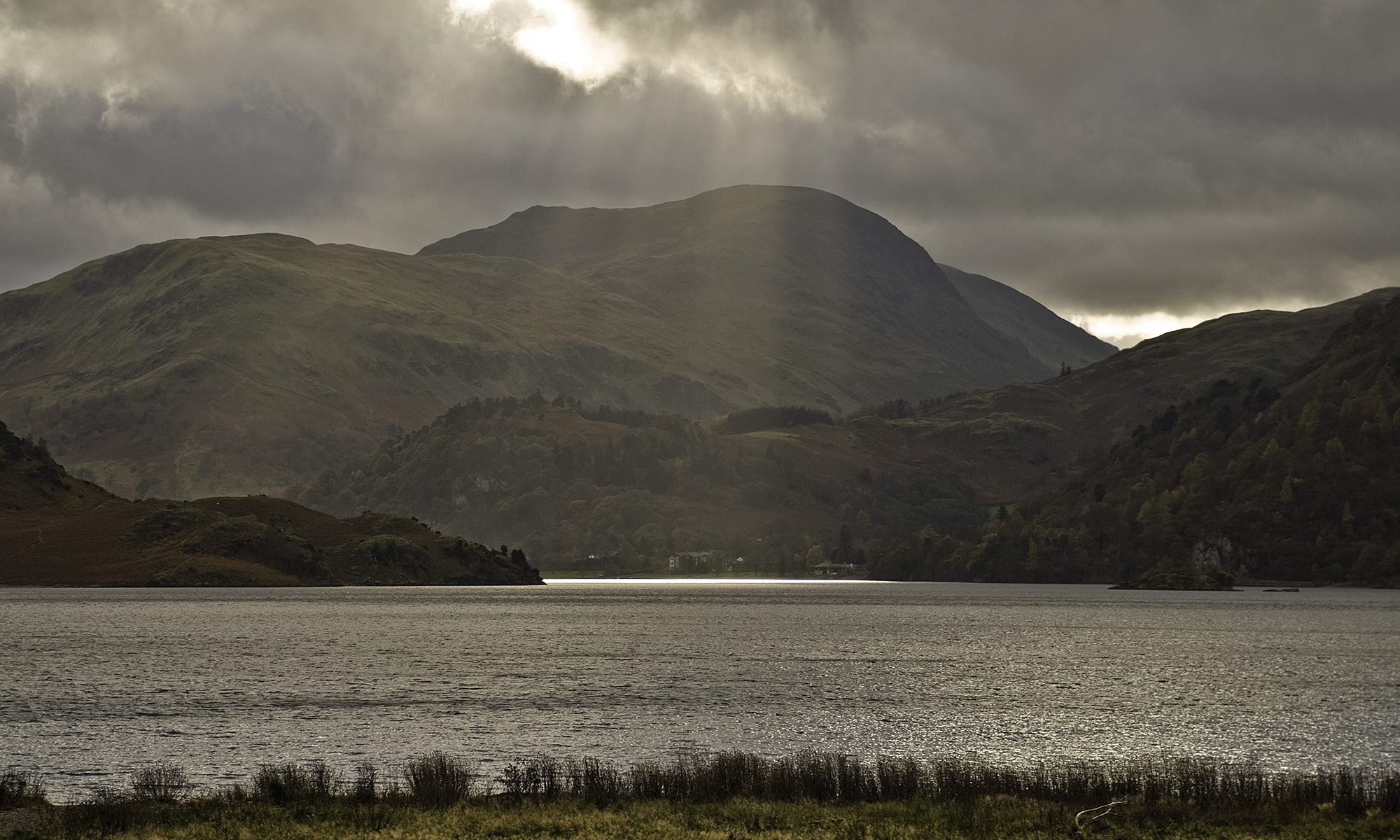 Ullswater is the second largest lake in the Lake District after Windermere and is regarded by many as the most beautiful. At almost 9 miles in length, it is almost impossible to photograph the whole thing. The above image was taken from the north side of lake looking south. I had just been photographing the Aira Force waterfall and decided to cross the road to explore by the lake side. It had been a disappointing day because of the heavy cloud cover, but I had patience on my side. Setting up my tripod and framing this photograph I waited it out, watching the clouds roll over the mountains in the background. When the sun broke its way through the cloud it really lit up the whole image. You can just about see that the sun is not only shinning on the water but also the village of Glenridding at the south end of the lake.