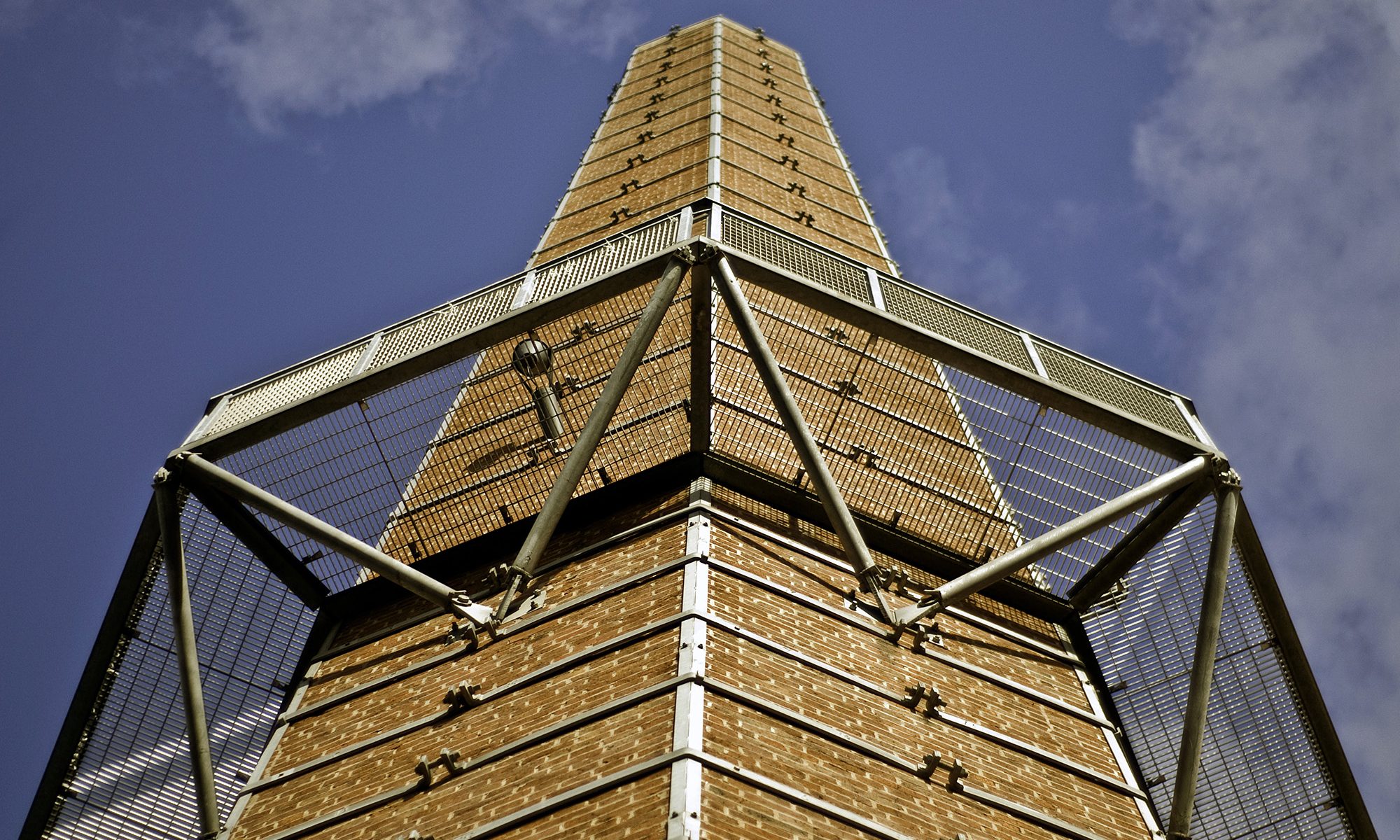 Manchester is renowned for its factories and heavy industry from the industrial revolution of the 19th century, but today little remains of this era other than the canal network and the odd chimney like the one photographed above. This image was taken as a depth of field experiment with the new 50mm f/1.8 lens I recently purchased. It shows the sharpest area at the walk way. The chimney is around 10-12 stories high, the walkway or platform is at the sixth floor, which is the top of the main factory building. This was part of the Macintosh Mills which were originally where the waterproof raincoat’s known as Macintoshes were produced. Today this building has been converted into modern apartments, but fortunately for me they chose to keep the chimney as part of the redevelopment.