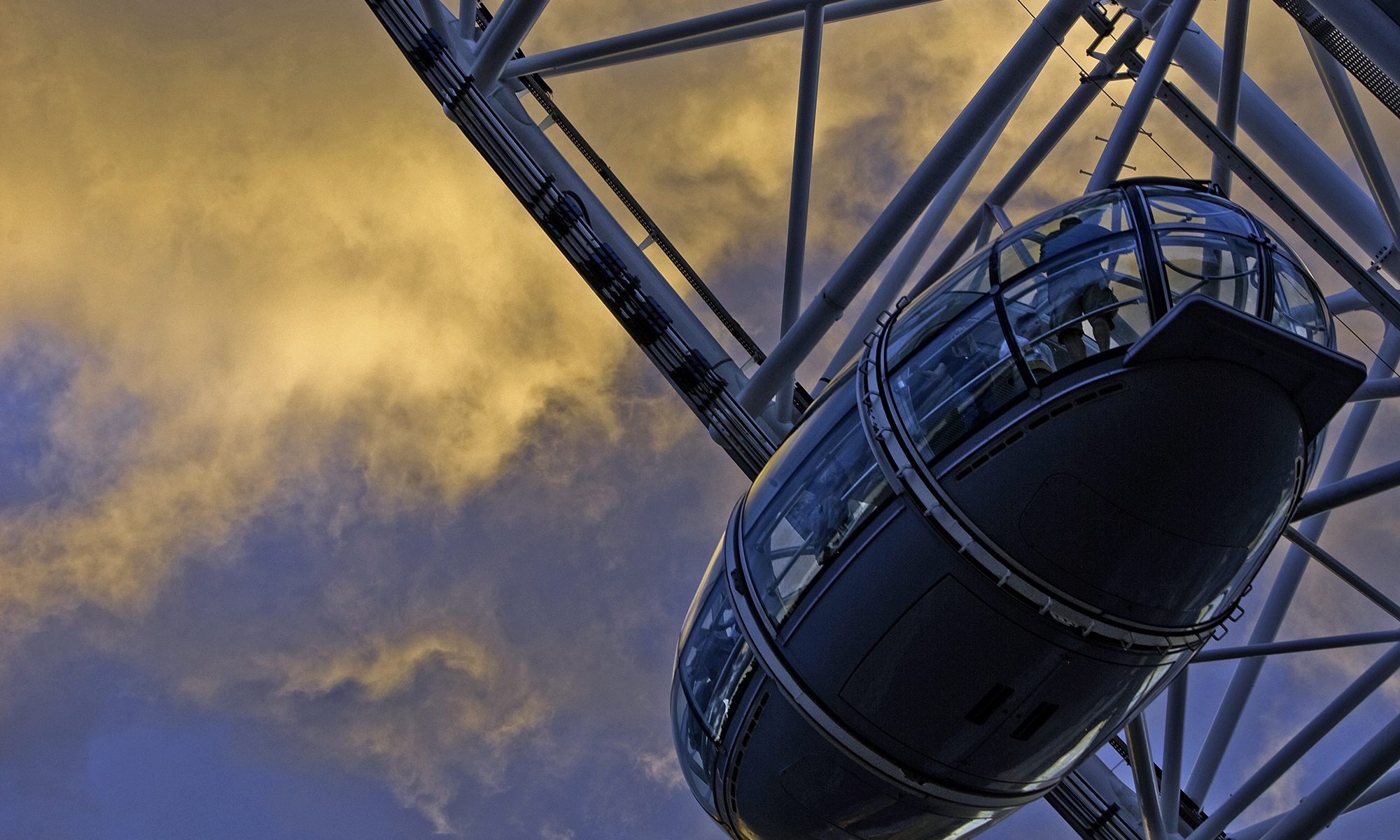 This photograph is taken dozens of times every day by tourists. A close up detail of a single “pod” of the London Eye. However, it is rare to see such a sky in the background. Looks wrong? If I didn’t know better I would think this was a fake sky made up in Photoshop and I wouldn’t blame you for thinking the same.

However this is how I took the photo. The sky was genuinely like this. The sun had literally set moments before this image was captured and the clouds were turned orange in its glow. I did use Photoshop to recover some of the shadow detail in the London Eye, but the sky area is untouched and straight out of the camera. I love sunset photography and this is a new direction and an alternative angle, but in my opinion it has worked well.