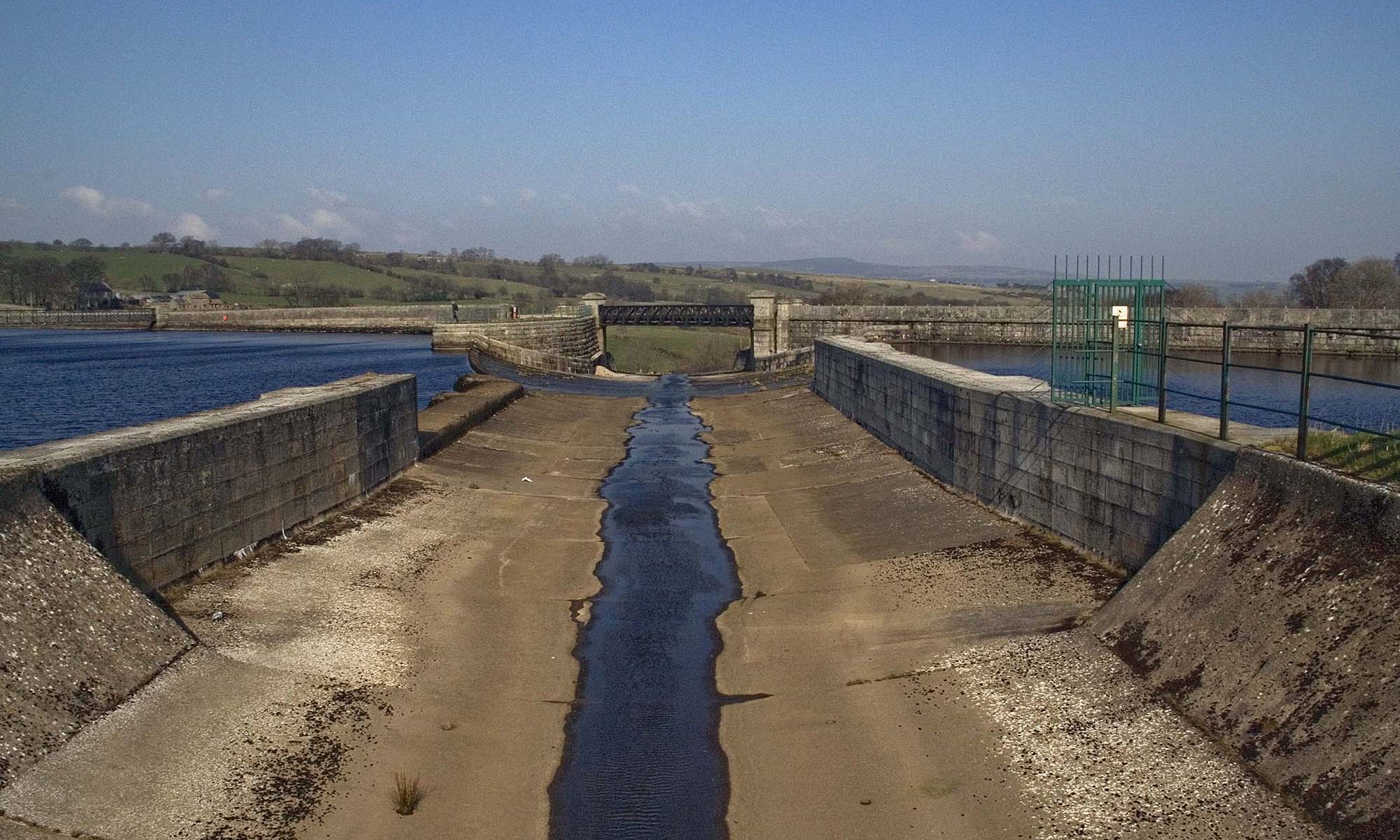 This is the third photograph I am publishing this week which I took last Sunday up in County Durham. There is a tendency to find that a lot of reservoirs look the same, which is true. There are five large reservoirs just a few miles west of Romaldkirk. The photograph above shows what appears to be an overflow channel from the nearby Blackton Reservoir and (as you can see in the photograph) it appears to take overflow water from the Hury Reservoir. Just the other side of black foot bridge is a 40 foot concrete slop down into a small river which (according to the map) eventually feeds into the River Tees down the road. It would be interesting to know where these five reservoirs provide drinking water too, I would guess most of the North East including Durham and Newscastle but I could be wrong. Still, I thought I would share this photograph with you as I have never seen a channel like this one at a reservoir before, if anyone has any additional information about what it is or does I would love to hear about it.