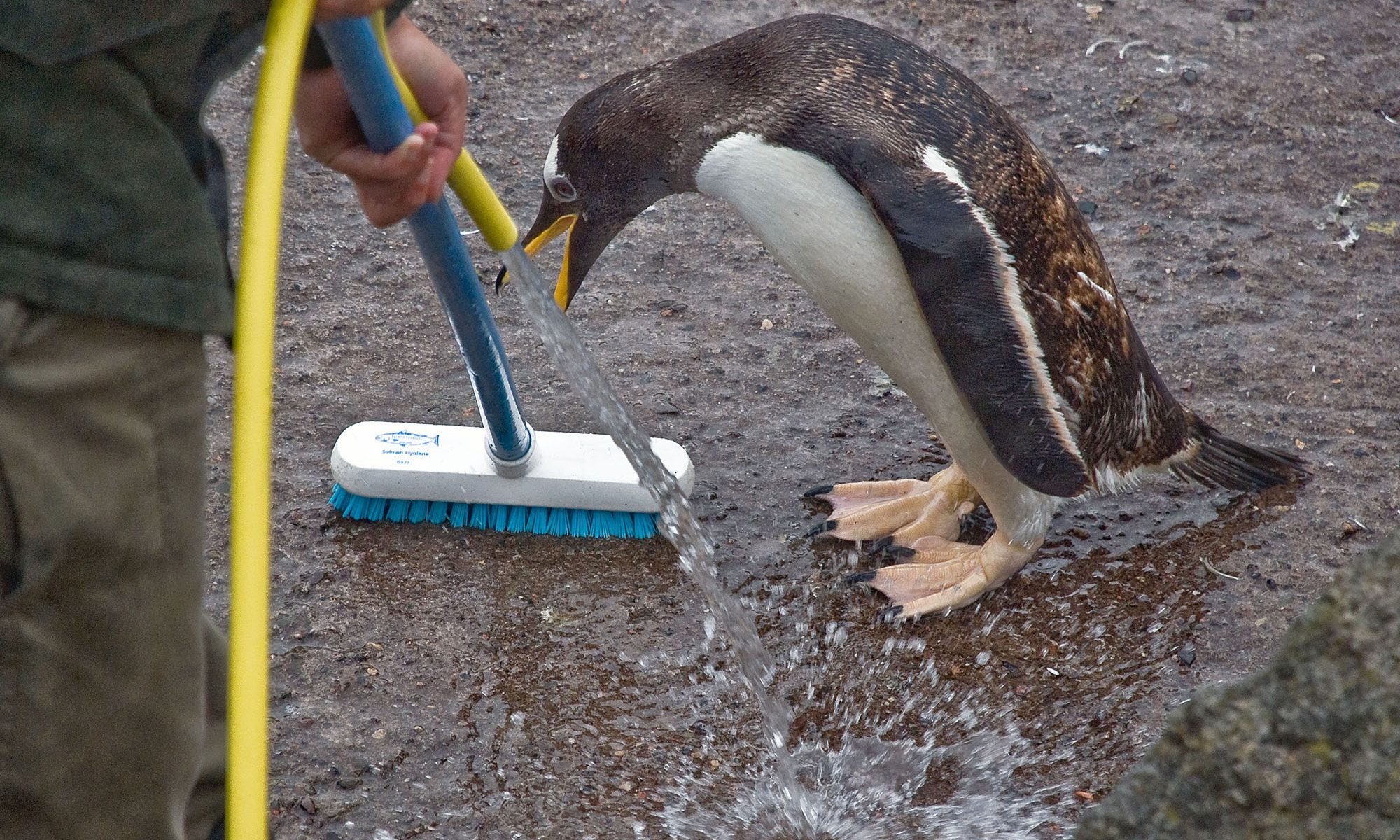 One of my favourite zoos for photography, Edinburgh Zoo has Europe’s largest penguin enclosure. On my last trip up to Edinburgh a month or so ago, I had a great day out there. I primarily went to photograph Mercedes the Polar Bear but did end up spending a lot of my day watching the penguins. Last year I saw them being fed, which was fantastic. This year I saw the keeper brushing down the enclosure! There must be over a hundred penguins but only the one in the picture above was bothered by the keeper. I think it was more the bright blue brush, than the keeper herself that offended the creature. I watched for about half an hour as the keeper went about her job, but this little penguin followed that brush everywhere, maybe he saw the little fish logo on the brush, maybe it was just the bright colour. But it was very funny to watch. I really like the way this photograph has turned out, the slashing of the water from the hose really works well. It is a shame about the two large stones in the bottom right hand corner, but I can’t have everything.