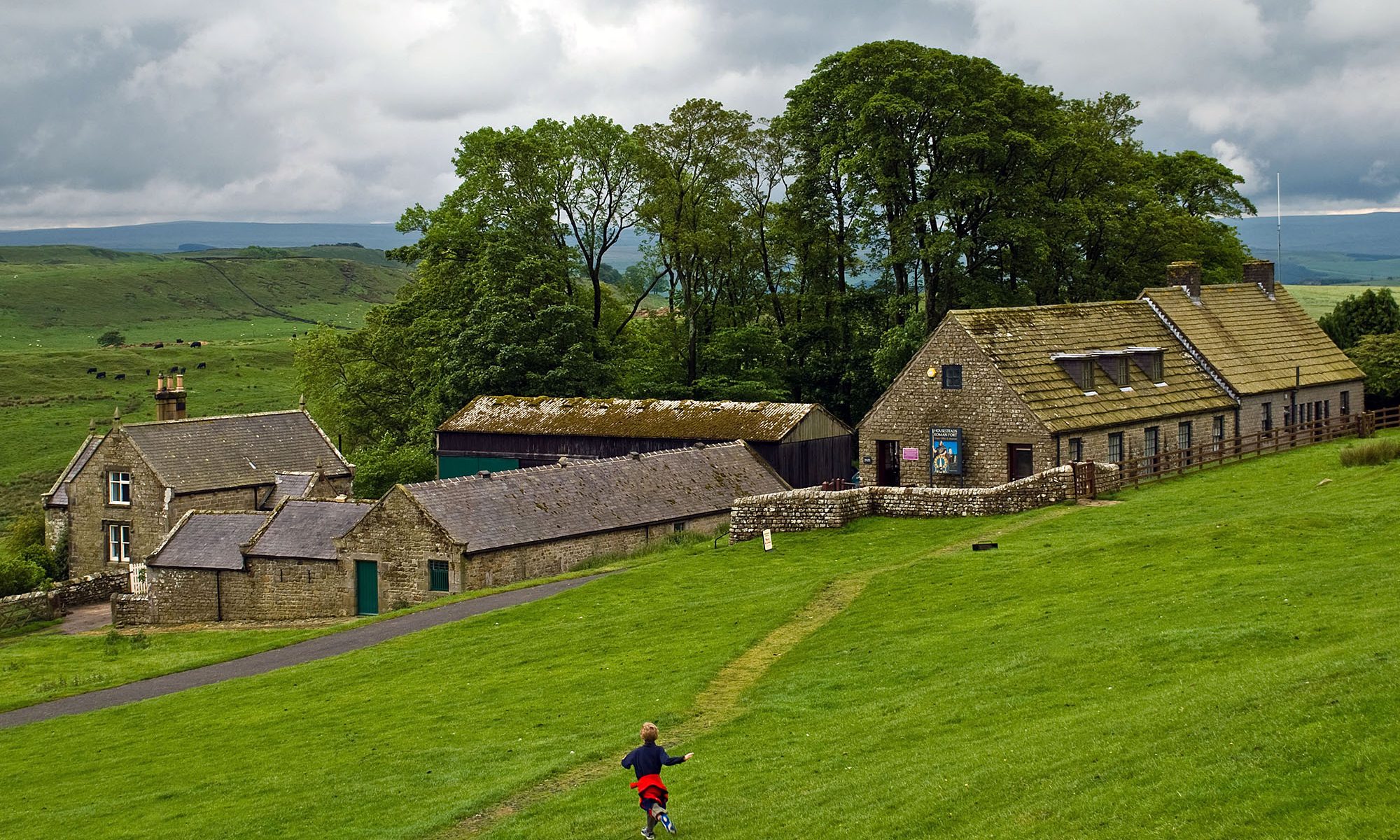 On my way up to Northumberland two months ago, we stopped at Housesteads Roman Fort. It’s about half way along Hadrain’s Wall and just into Northumberland. I took this photo on the walk back towards the car park; the building you can see is actually a small museum and exhibition about Roman life at the fort. It is also where you pay entry to the fort, which is behind me and up the hill, as you look at the picture above. I often find that people run or walk into my photographs. With digital it isn’t a problem, because the individual frames don’t cost anything and can be deleted effortlessly. I do have a different photograph without the boy running toward the museum, but feel this one is the better of the two. It seems as though he is excited to learn from what the building holds. Maybe as if his is running toward the knowledge. Whatever this boys story is, the inclusion of him makes you wonder what he is doing, has he lost his parents? Or maybe has a great need to ask an important question to the Housesteads staff. Or maybe he just needs the toilet, we’ll never know, but I think that photos that tell a story or make the viewer of them think, are the best ones, I hope you agree.