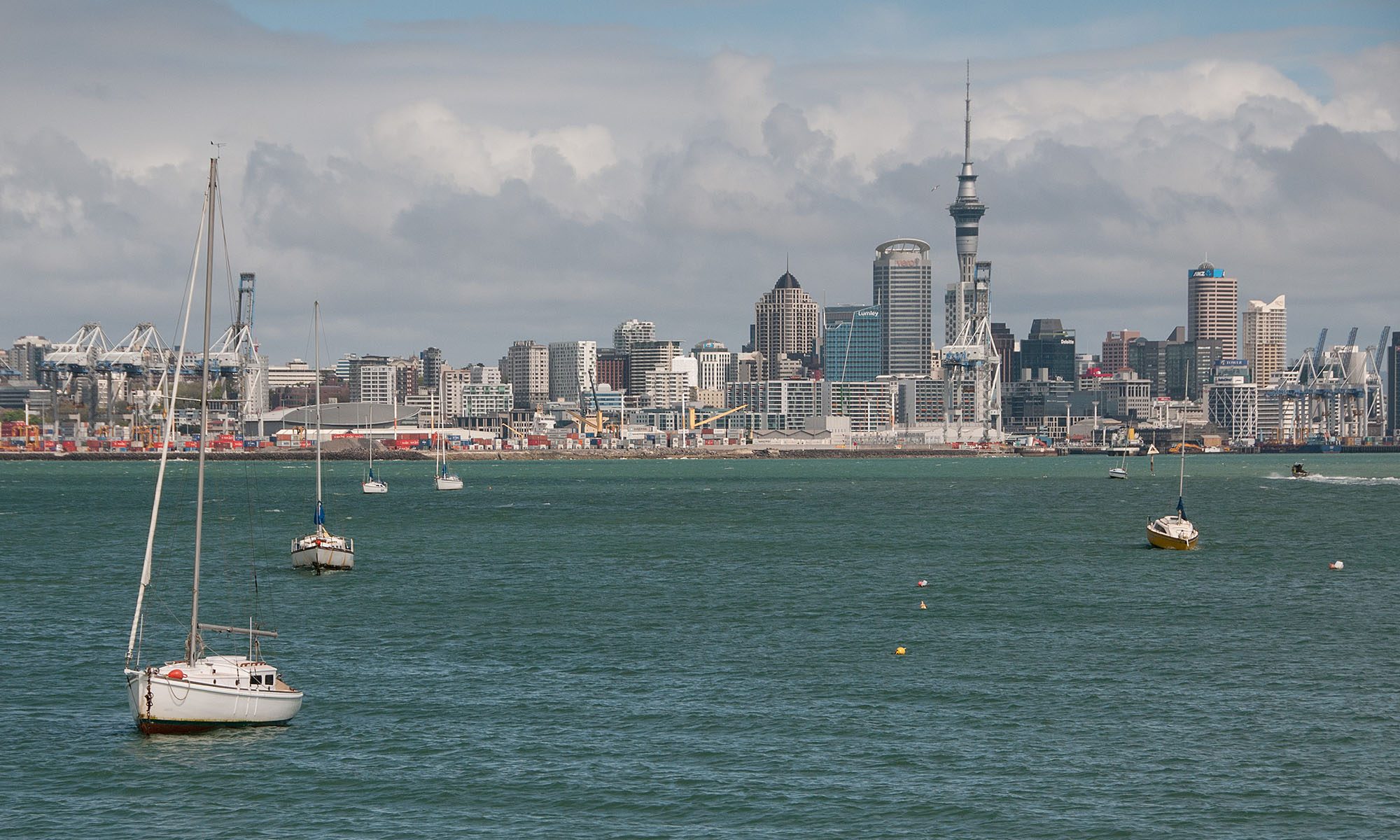 The classic views of Auckland, New Zealand’s largest city seem to allows be taken from across the water, in many ways similar to Sydney only with much more changeable weather and a lot less people. Known as the City of Sails because the harbour is often dotted with hundreds of yachts and has more per capita than any other city in the world, with around 135,000 yachts and launches. The above photograph was taken in early spring and even still there were many dozens of people out on the water.