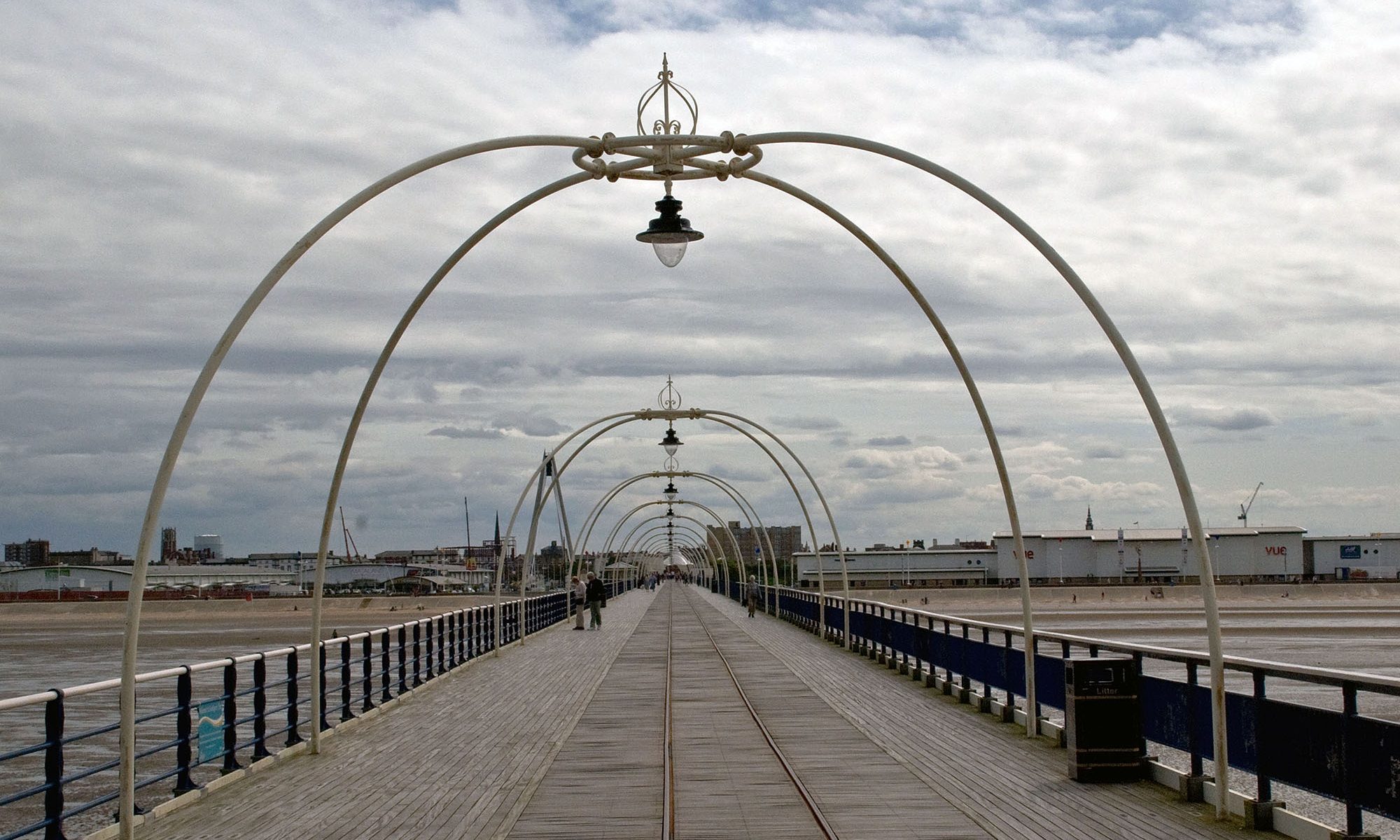 Being surprised by how nice the weather was after coming home from Spain yesterday, I was keen to get back behind the camera. Today I took photographs in Southport up on the west coast, just north of Liverpool. I have been there twice in the past two years, but both times I went it was to photograph the Southport Airshow and not the town itself. The picture above shows the Pier, looking inland toward the town and the new cinema / entertainment complex to the right. I really like the lights down the centre of the pier, which incidentally is the second longest pier in the country.