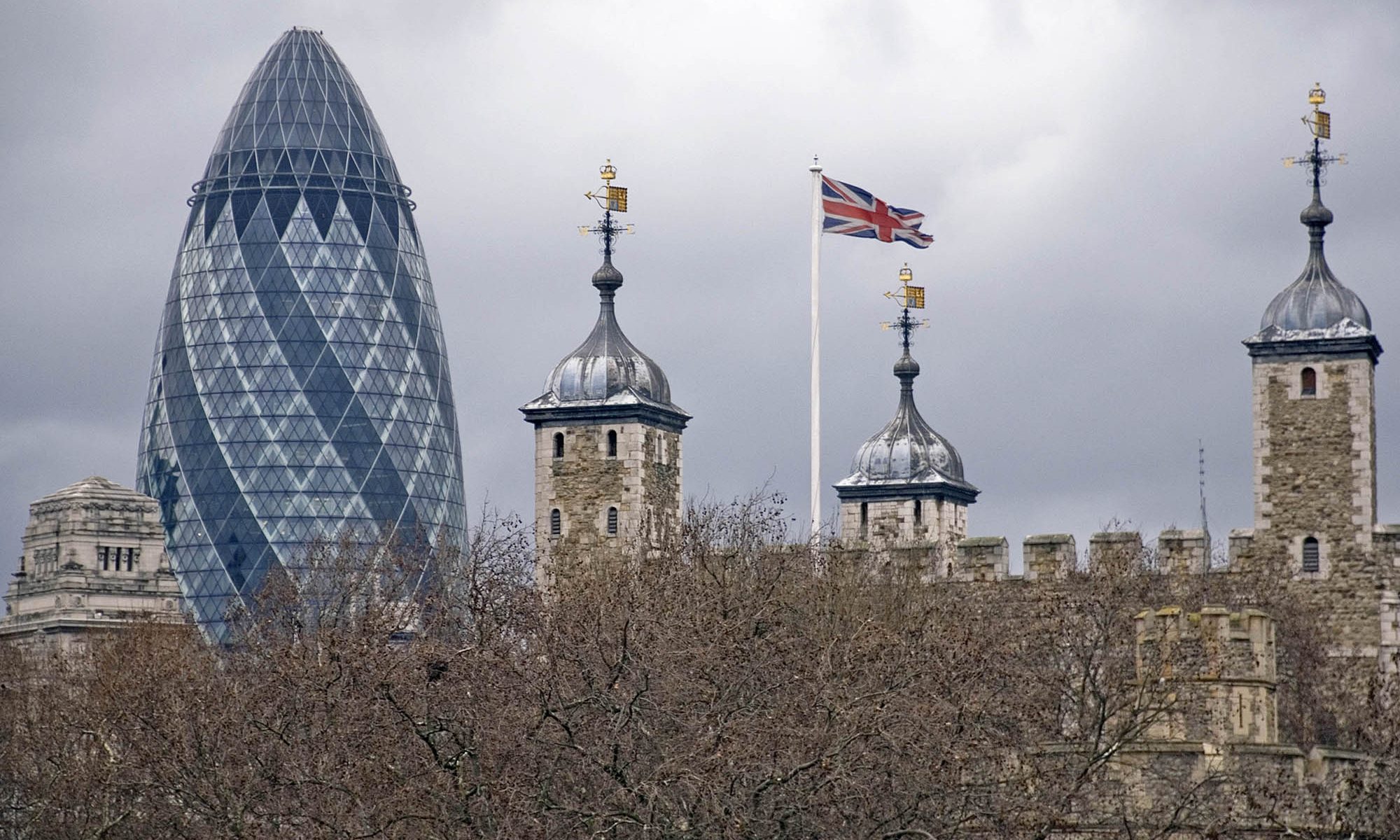 Although the bottom half of this photograph is messy and distracting this is a view I wanted to share with you. I took this photograph back in January of this year. I wanted to get some pictures of London Bridge, the Tower of London happened to be between the underground station and the bridge so I took photographs of both. What I didn’t expect was to be able to see the famous “Gherkin Building” from here, on the map it seems to be quite far but being the sixth tallest building in London it could be seen over the top of the Tower of London at certain points. The Tower of London was originally built by William the Conqueror in 1078. In contrast the Gherkin Building, which is actually called 30 St Mary Axe or the Swiss Re Building was designed by the architects Foster and Partners. Construction started in 2001 and the building was completed in 2004. I find it very interesting looking at the difference a thousand years makes to the architectural design of the two “towers”.