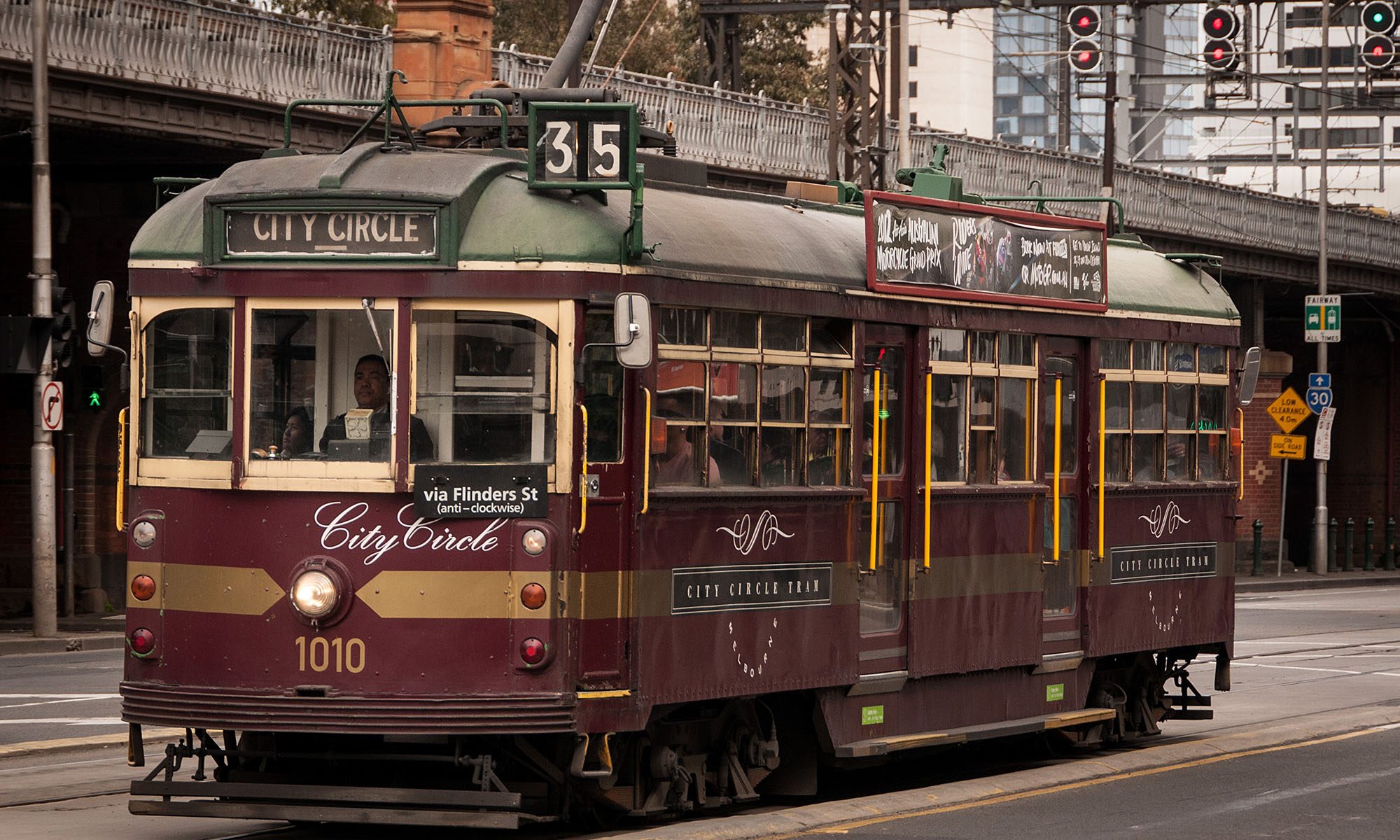 Melbourne has one of the most impressive tramway networks of any city I have been too. With out 150 miles of track, nearly 500 trams and 1763 tram stops across the city you see why this is the largest urban tramway network in the world. The first trams were pulled up and down the streets of the city in 1884 by horse, just five years later they moved to electric trams. Above is a photograph of the City Circle tram, a free route running around the central business district. As you can see this route operates some of the oldest, heritage class trams.