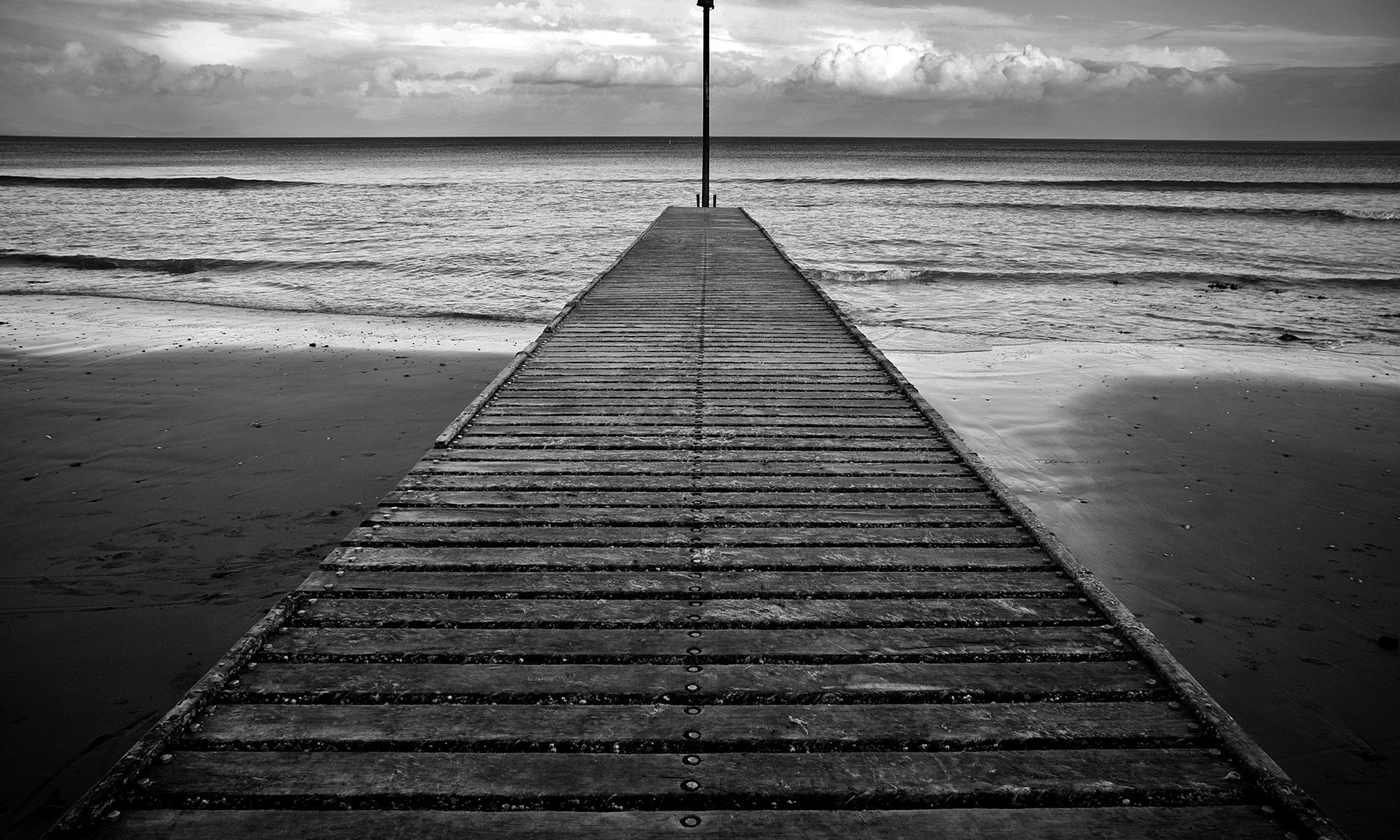 As much an experiment in composition as it is an experiment in post processing. I saw the jetty whilst walking around the coast from Abersoch beach to the harbour. Seeing the pole at the end of the jetty made me think it could make an interesting focal point, especially as from this angle it appears to reflect the line of the bolts in the wood. The walkway was extremely sloppy and I had to climb over it. Because of the texture I focused on this. Strangely enough when I got back to the house we were staying in, my dad had taken a very similar photograph just half an hour earlier. Looking at how success this style of black and white picture is, I think it could make a great set of images if I could take more jetties in other locations, such as the lake district or Northumberland.