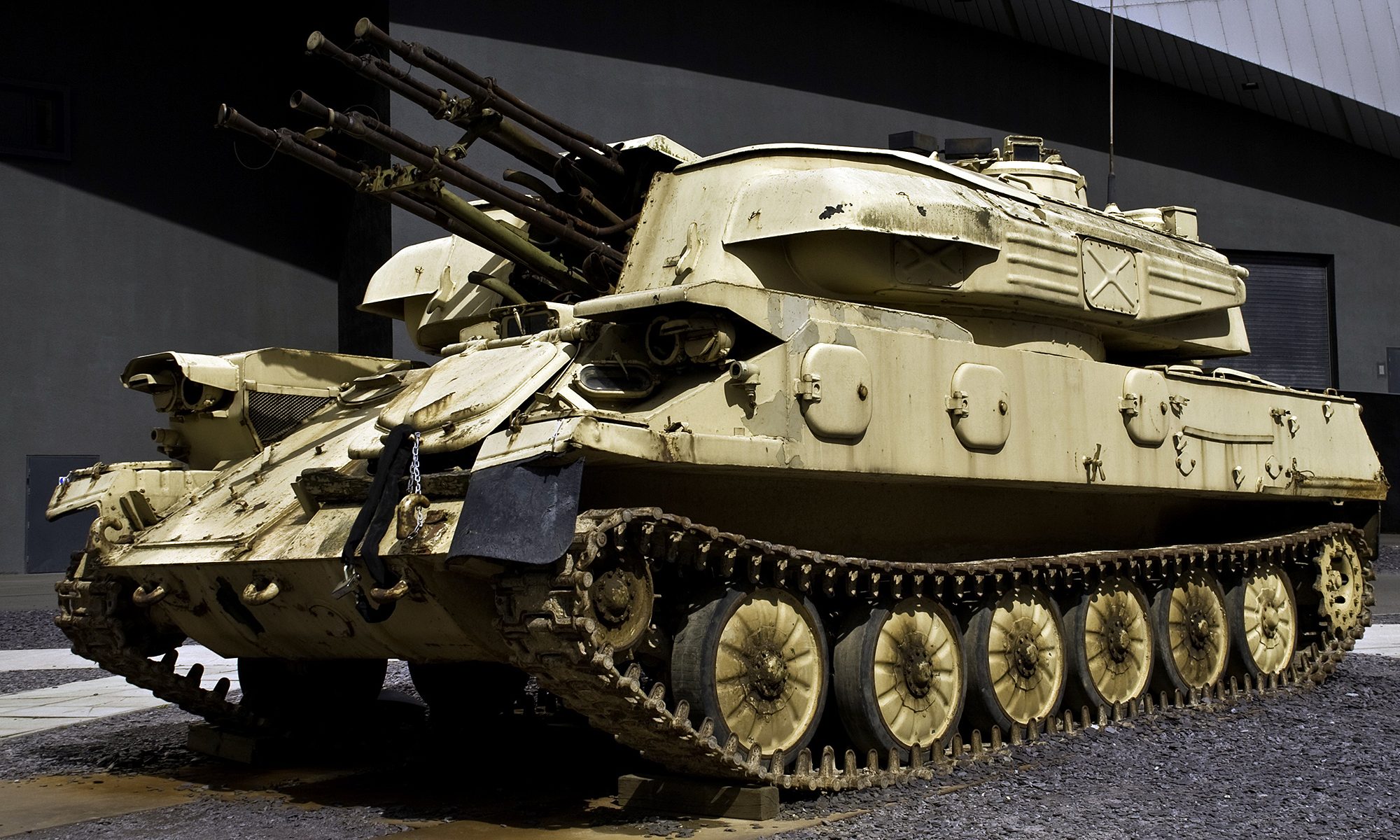 This tank was found outside the Imperial War Museum North at Salford Quays. The ZSU-23-4 “Shilka” is a lightly armoured, self-propelled, radar guided anti-aircraft weapon system or simply put, a tank! The cream and rust coloured armour contrasts well in my opinion against the greys and purples of the background and ground. The sun kept going behind clouds, but I waited until the sun came back out and it really makes a difference to the overall photograph. I think that at some point in the next few months I might try to retake this tank from a more interesting angle, either very low down or high on a step ladder to create a more dynamic photograph.