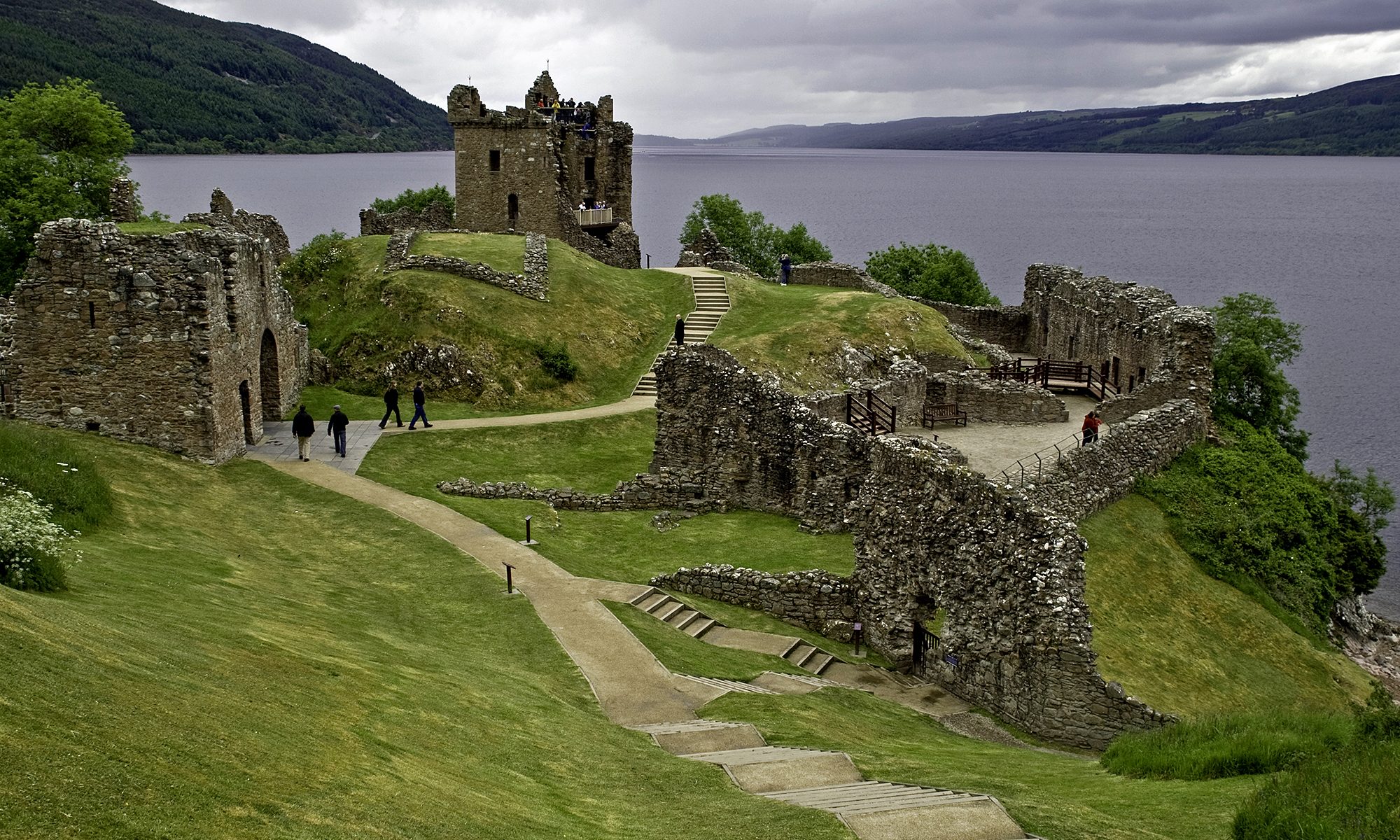 I had been to Scotland a number of times over the years but never properly explored north of Edinburgh. When the chance came to spend a week in the highlands I jumped at the idea. I had only heard of a couple of places, one of them being Loch Ness. So Loch Ness was on the great list of things I aimed to get a photograph of. My uncle Michael told me not to build my hopes up and he was right. Loch Ness might be the most famous Loch in Scotland, but it is by no means the most photogenic – not by a long shot.

That being said I was there and I was going to get my photograph. I feel sad that I had to pay to go “inside” Urquhart Castle in order to get the picture I wanted of the castle with Loch in the background, but it was all worth it just to be able to say, “Yes, I have been there and here is a photograph showing what it looks like!”