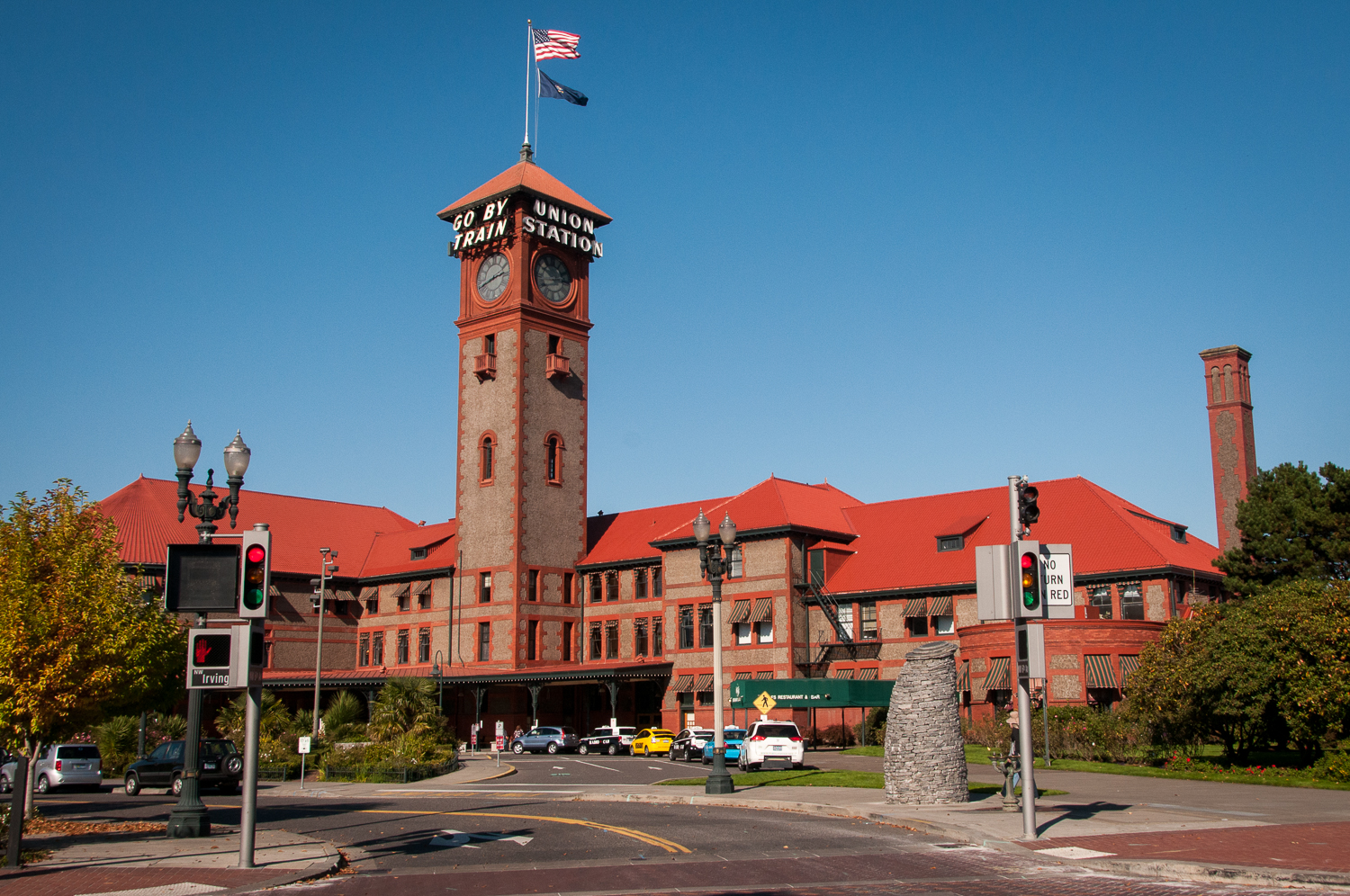 In the heart of the Oldtown area of Portland on the west shore of the Williamette River is Union Station. Designed in 1882, the original plan would have made this the largest train station in the world. In the end the smaller station we see here was opened in 1896. Being such a large country, the USA is not known for its train travel. After all, it takes at least 3 days on a train from LA to New York. That said, travelling between cities on the coast the train can often work out cheaper and easier, with airports usually located outside of the city centre unlike train stations. From here I took the Amtrak Cascades route north to Vancouver via Seattle.