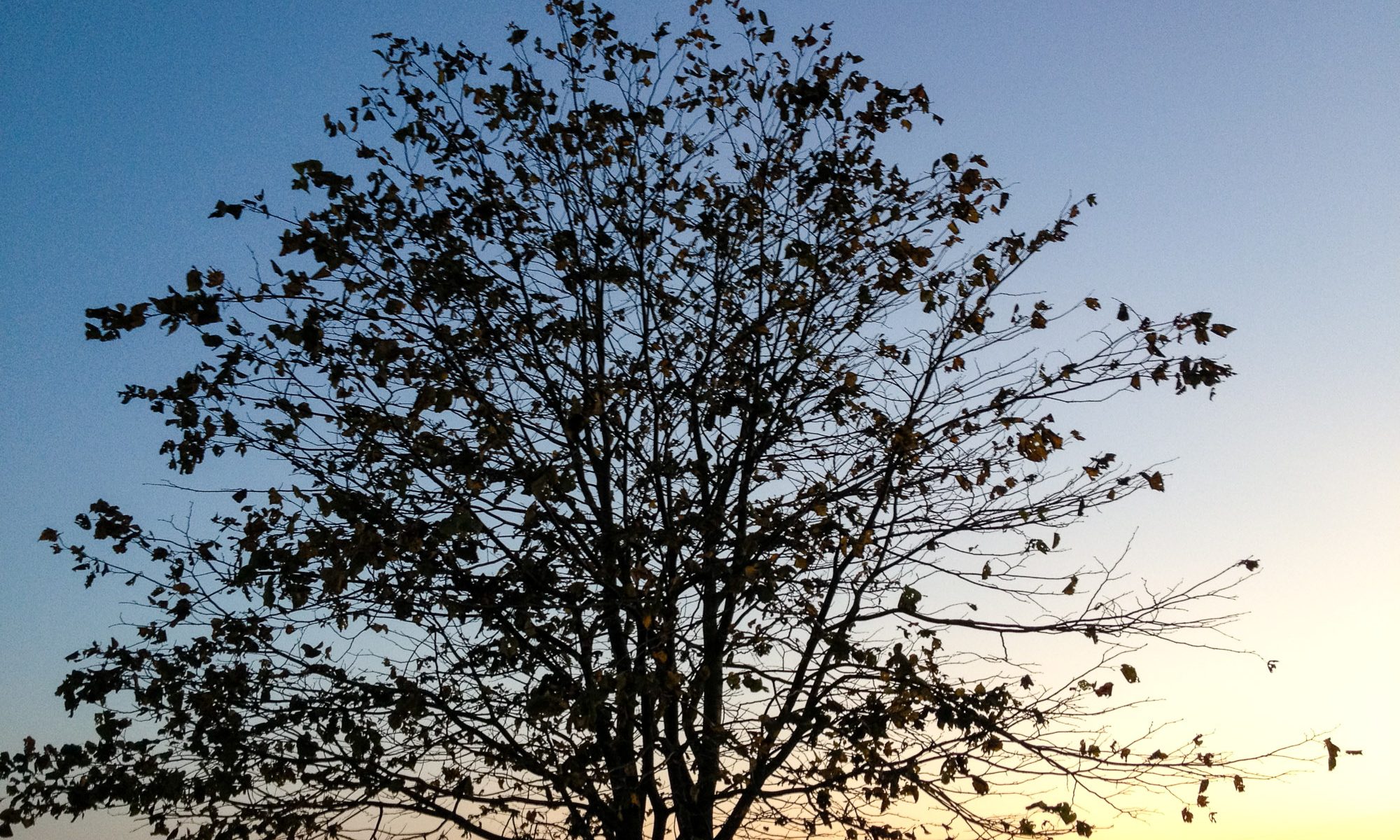 The sun had just vanished below the horizon, but with this clear blue sky I though it was worth trying to capture a silhouette of this large tree as I walked past. I was initially thinking about the dark blue colour of the sky, but on closer inspection I now can see that many of the leaves have fallen off the tree, but not all of them. This photograph was taken in October so it was the middle of autumn. If this had been taken in the middle of winter there would have been no leaves on the tree and I don’t think the photograph would have been as good.