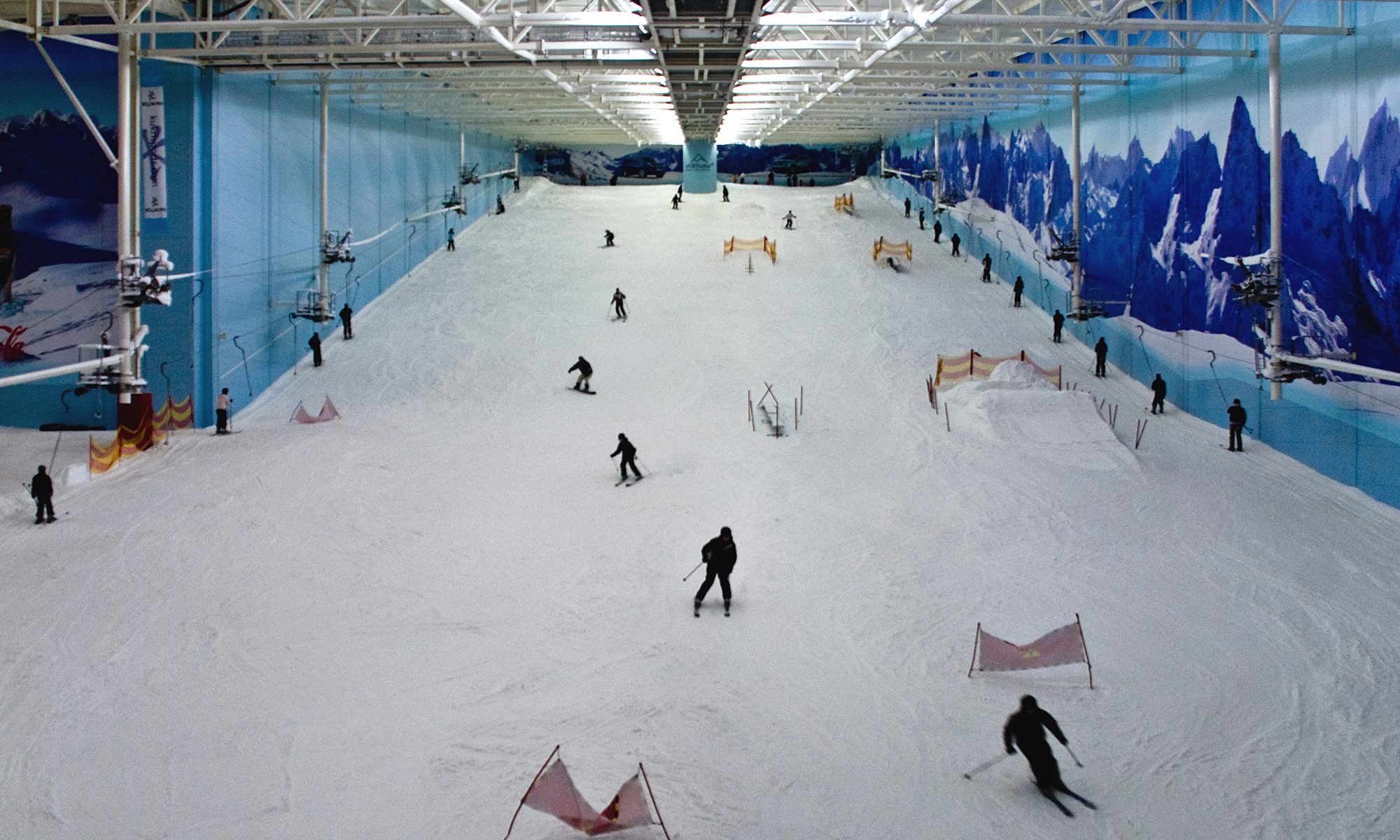 Today I got the bus down to take a picture of what the building looked like from the inside, as promised nearly a year ago. Snow isn’t something we get very often here in Manchester, although last night was the first time I saw it snowing in the city centre in the 18 months I have been living here. Chill Factore is within walking distance of the Trafford Centre and opened just before Christmas. The above photograph shows the main, larger slope of the two. It is 180 metres long and although smaller than it looked on the outside I’m sure from the top it looks a long bigger and steeper. Sadly I have never been skiing or snow boarding and didn’t get a chance to today, it is quite expensive when you have to hire the kit and as much as it might be a hobby which I would probably enjoy, it isn’t a hobby that I can currently justify as a poor student.

The technical side of this photograph was quite tricky, as mentioned above I rarely see snow and this one of my first photo shoots in the snow. I found that if I over exposed the image by a stop or more it would trick the cameras built in light metering and not give the snow a gray look to it. Maybe next time I go I will take a tripod with me and experiment more with settings, apertures and long exposures. Or hire a snowboard and see if I can get a photo from the top looking down!