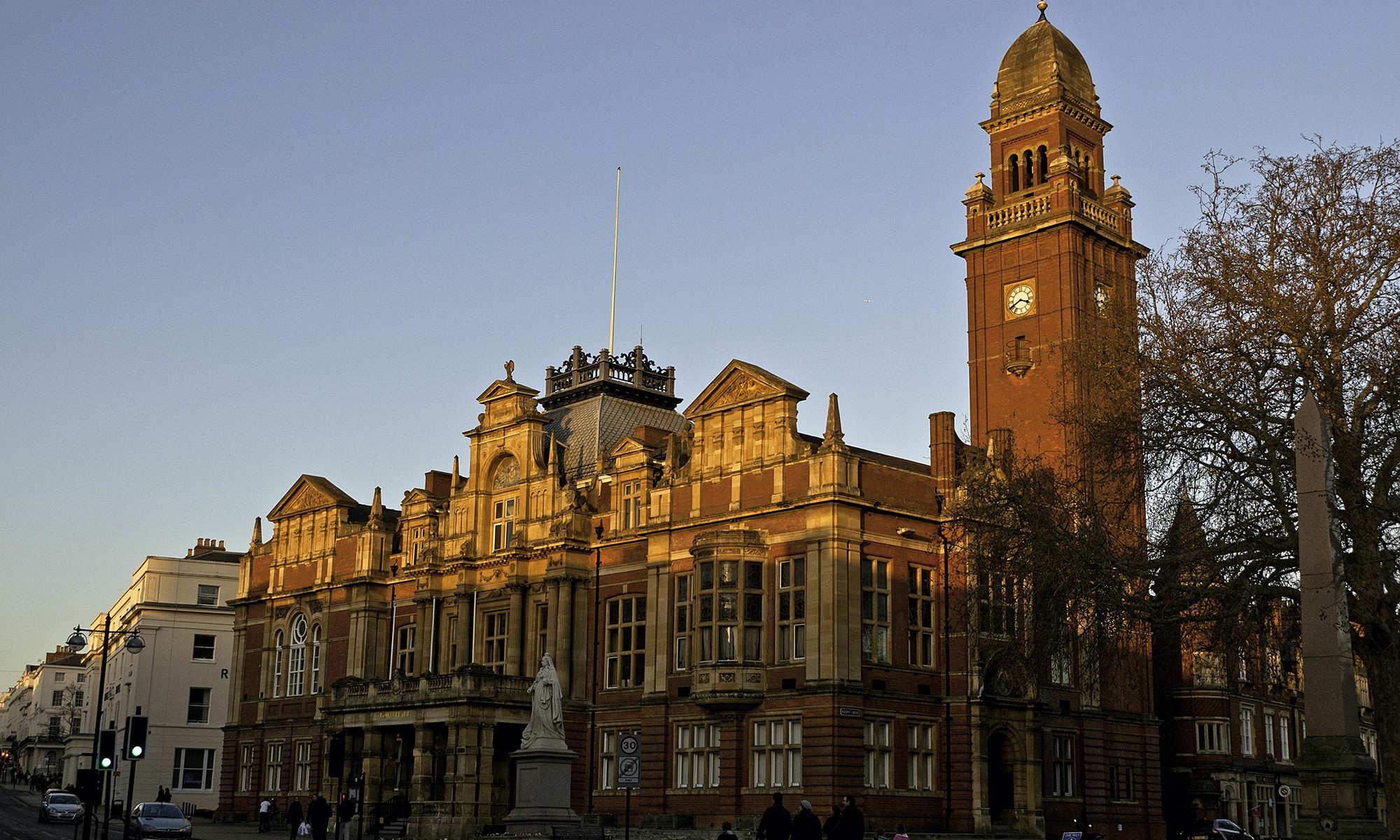 Whilst walking back up the Parade after a rather unsuccessful attempt at photographing the Royal Pump Rooms, I noticed the last of the days sunlight highlighting the wonderful architectural details of the Town Hall of Royal Leamington Spa. You can see (in the middle of the shadow area) the statue of Queen Victoria which I published a close up photo of about a week ago.