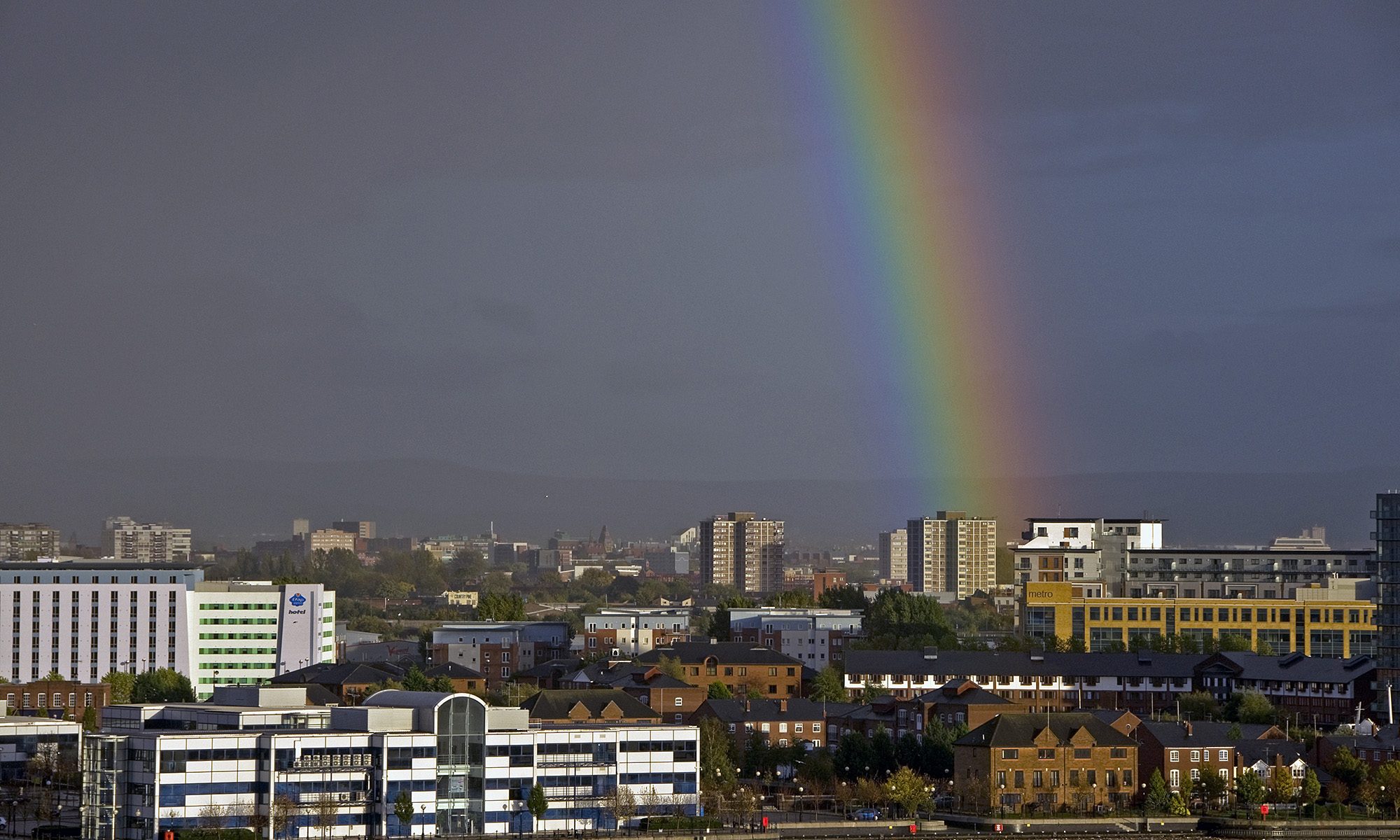 I think this is Hulme, well technically the foreground is Salford Quays as this was taken from the viewing platform at the Imperial War Museum North. However I can see various tower blocks that I know are in the Moss Side / Hulme area of Manchester. I am almost certain that the rainbow would only have been seen from the area just around the museum, because of the direction of the light and the heavy rain falling over the city centre of Manchester. At one point there was a double rainbow which I hadn’t ever seen before, but it was only faint compared to the one we see in the above photograph.