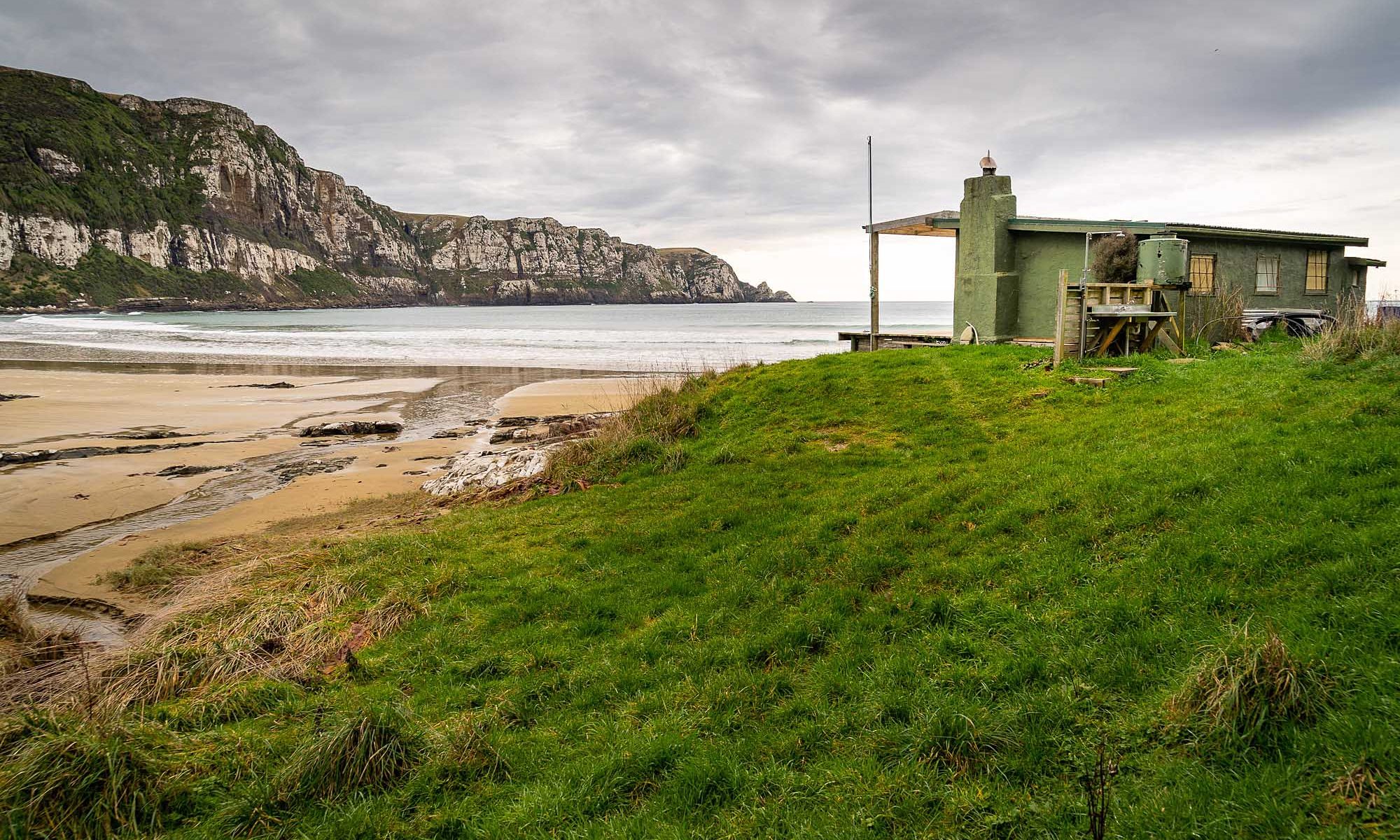 A Bach (pronounced ‘batch’) is a small, modest holiday home here in New Zealand. This photograph was taken in the far south where they’re sometimes called a crib. The bay is on the southern coast of the South Island about a two hour drive from Dunedin. This bach seemed to be empty when we were there. We’d stayed at the Purakaunui Bay campsite, which we had to ourselves. It was amazing to be able to camp right off the beach for $8 each. I’d expect this campsite would be much busier in summer. For the 12 hours we stayed here the only other person we saw was the Department of Conservation ranger. We also saw a large Sea Lion on the beach.