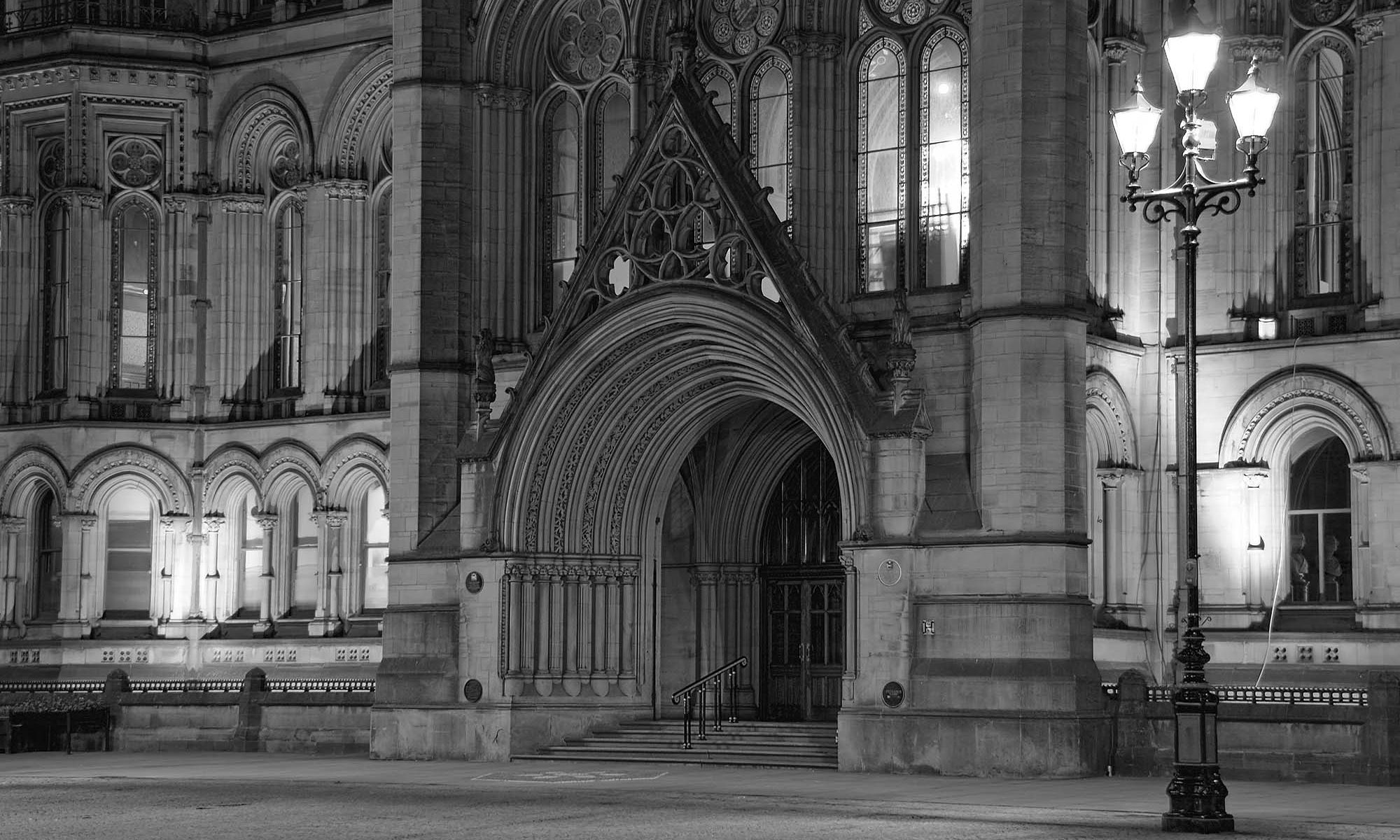 This is the second in a series of night photographs I captured on my walk around the Manchester’s city centre last night. I wanted to get a couple of images that would look good as monochrome (black and white). I think this is probably my favourite because I managed to capture a high level of detail in and around the doorway to the Town Hall. The combination of monochrome and the time of day really bring out the architectural details of this Victorian building. I framed the image around the large and ornate street lamp and then put the doorway in the middle. I feel that the varying types and sizes of window give the building a very dominating feel, although I wish I had captured a figure walking across the picture. I think that this would have added that extra detail it really needs. Obviously, this picture was captured with the camera on a tripod and the shutter speed was around four seconds, so any figure that would have appeared on the photo would have been a ghostly blur. Still, maybe next time, the Town Hall doesn’t appear to be going anywhere fast.