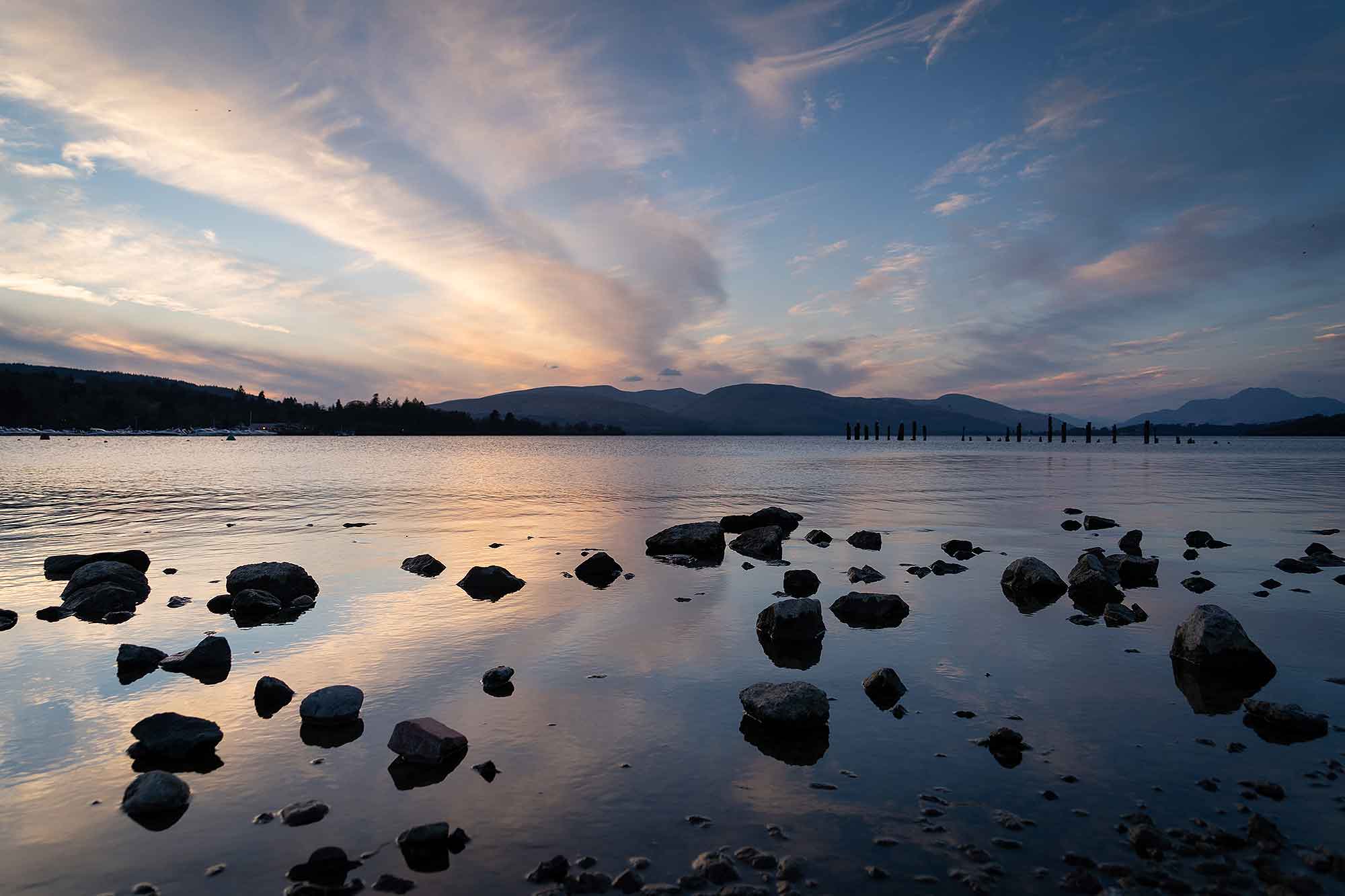 Next to Balloch Pier is a small beach used by the local kayak club. It was from here that I took this dusk photograph. Looking north west up Loch Lomond. The rocks in the foreground were little more than tiny pebbles. Getting the camera as low to the water as I could and using a wide angle lens make them seem bigger than they were. I like the colours and textures in the sky and clouds. Especially the reflection of the sky in the calm waters of the Loch. Less than 50 metres off to the right was the very picturesque Maid of the Loch, a 1953 paddle steamer. The sun was setting behind the ship and so casting it in shadow. I’d have to come back at dawn for the best photo of that.