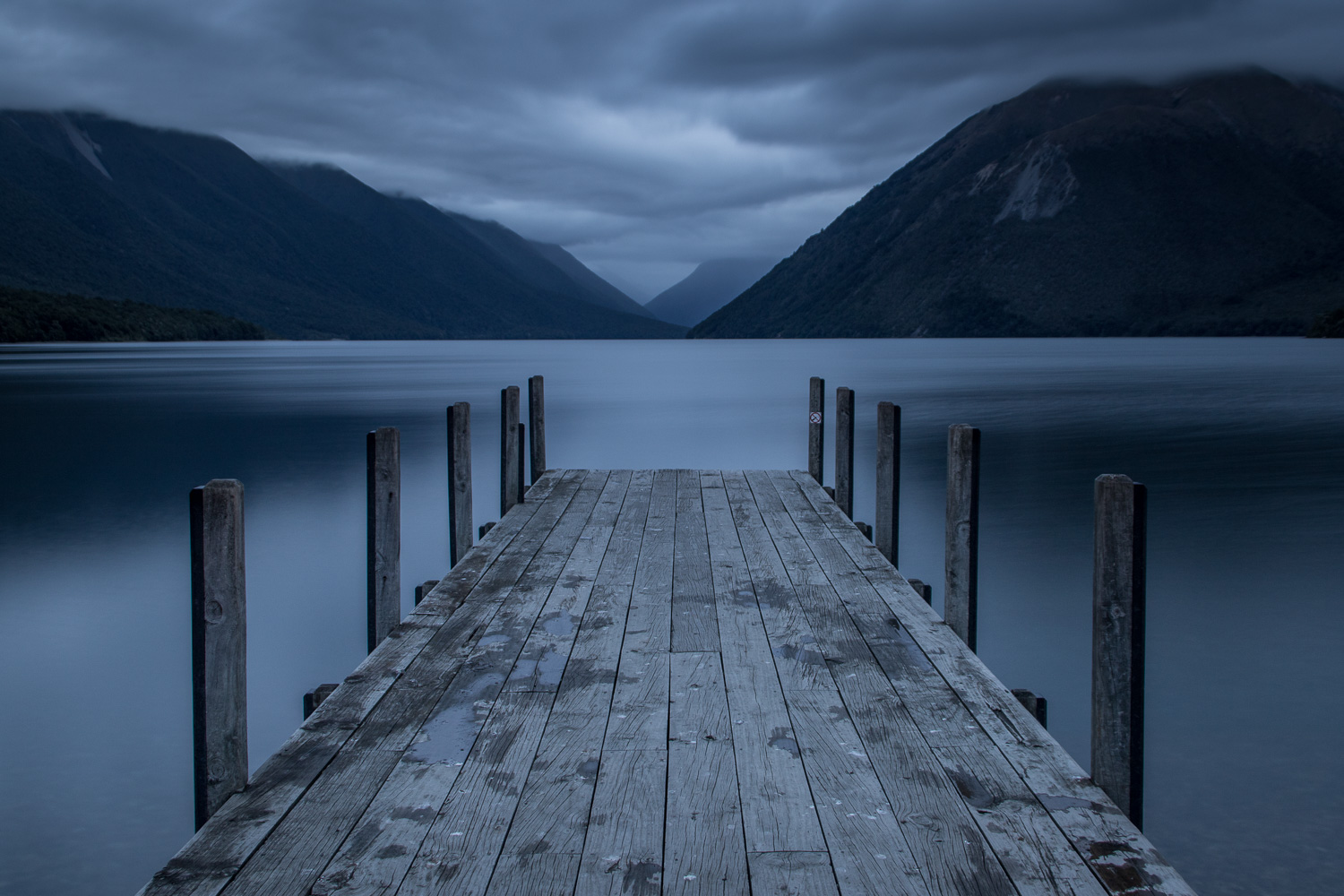 New Zealand has two Lake Rotoitis, one in the North Island and one in the South Island. This Lake Rotoiti is in Tasman Region of the South Island and was previously known as lake Arthur. It is one of the two main lakes in the Nelson Lakes National Park. The lake is surrounded by beech forest, is about 82 metres at its deepest and around 8 kilometres long. Looking down a valley, on the right of the photograph we can see the Travers Range of Mountains which has a number of peaks, with the highest being Mount Hopeless at 2278 metres. On the opposite (left) side of the lake is the St Arnaud Range with a number of similarly high peaks. This photograph was taken at around 9:30pm on the first evening we camped by the lake side.

One Reply to “Lake Rotoiti Jetty”