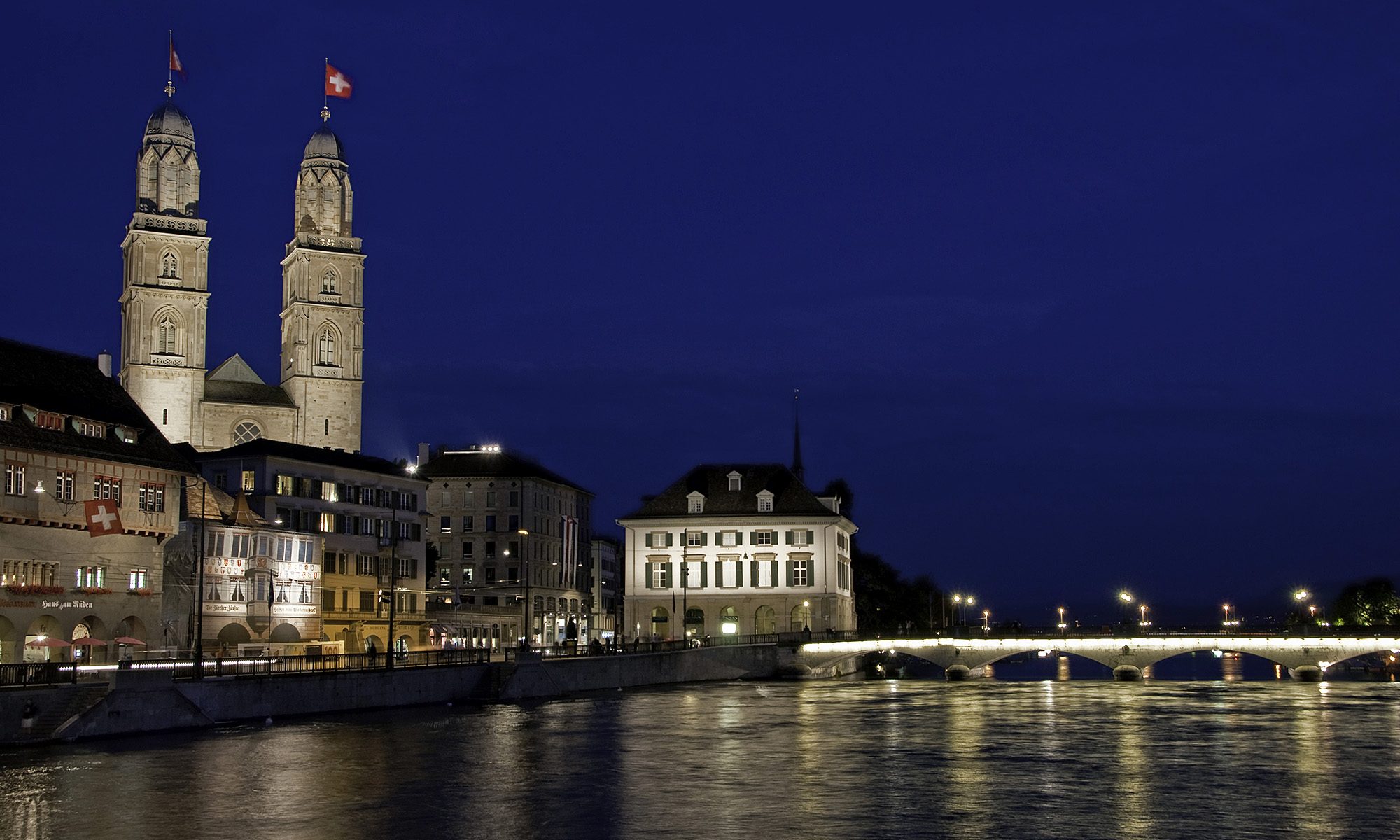 Taken from the heart of Zurich city centre, this was the first of the very few photographs I was able to take at night in Switzerland. It was worth taking my tripod just for the above image though as I love the Grossmunster, which is the building with the two towers on the left side of the frame. It took a few attempts to get the Swiss flags flying in the wind but I found it impossible to get both as the wind just wasn’t that strong. Probably for the best though as I wouldn’t want to have seen my camera and tripod get blown into the Limmit River.