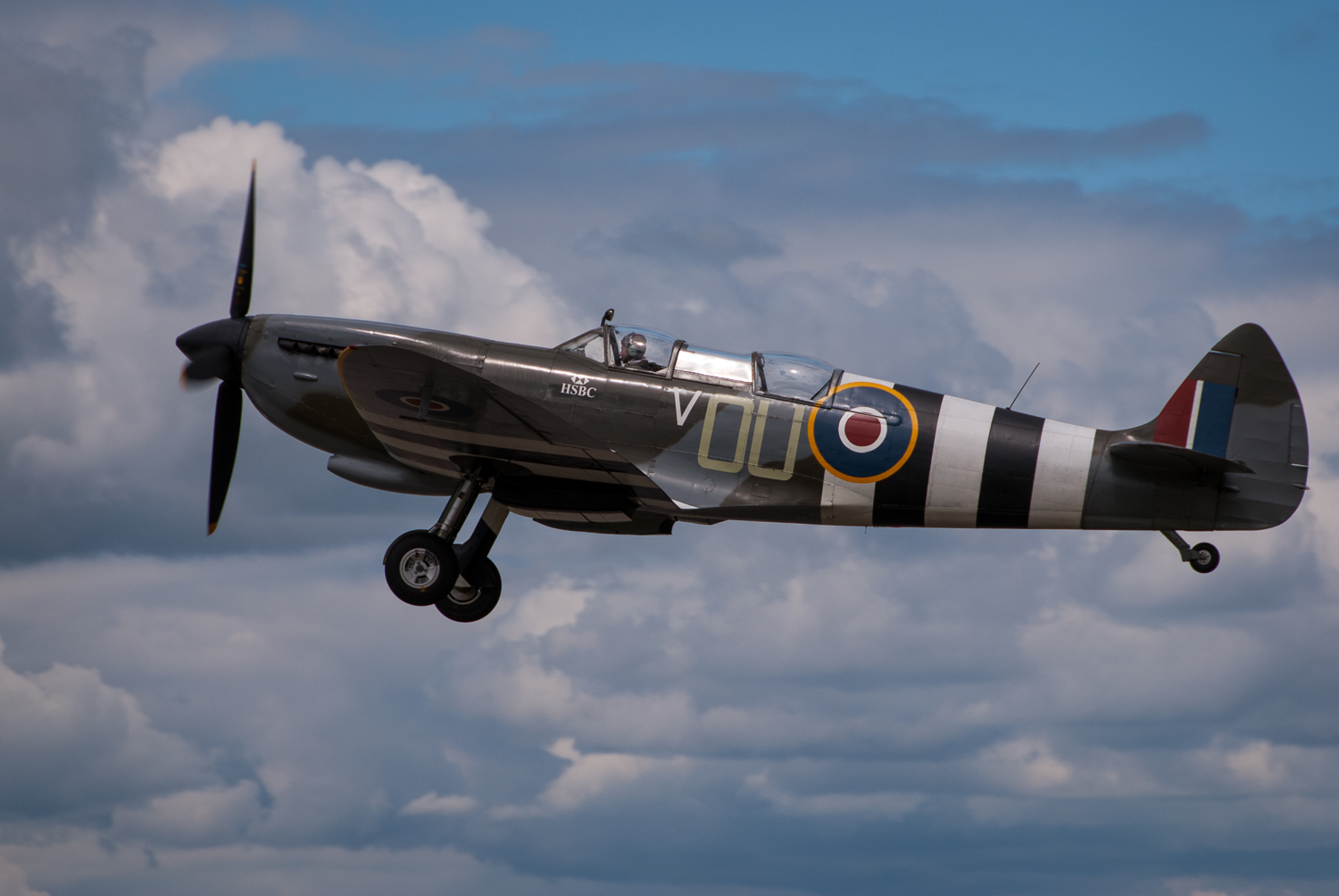 The Spitfire is one of the classics of British aviation and a plane that has been on my list of things to photograph for a long time; to see it in flight was an extra bonus. This photo was captured last Saturday at the Farnborough International Airshow. I hadn’t heard of it before Mark mentioned the possibility of going a few months ago and I am very glad that we both made the effort, despite the costs and forecast bad weather. This particular Supermarine Spitfire ML407 was originally built at Castle Bromwich in early 1944 as a single seat fighter, and served in the front line of battle throughout the last twelve months of WWII.