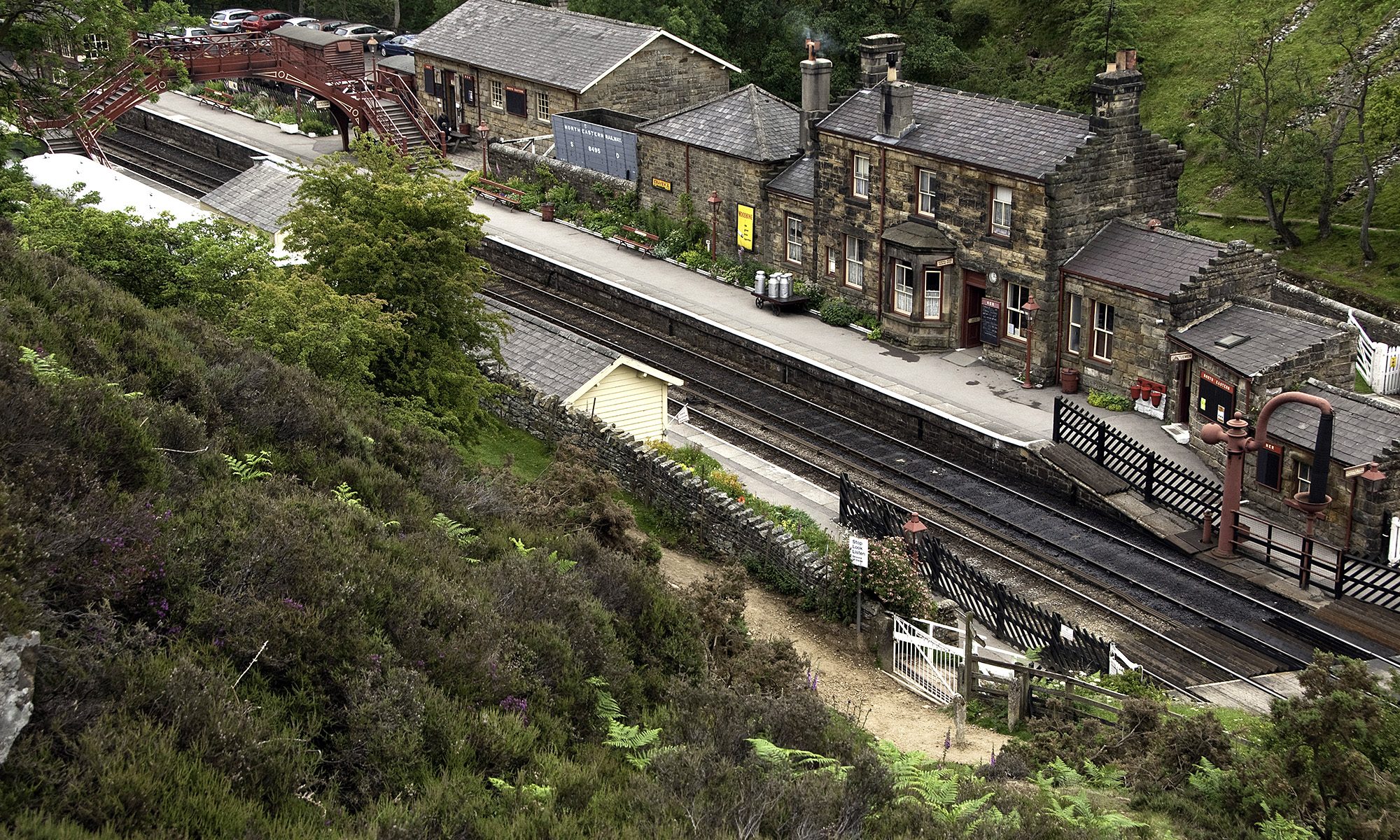 This is Goathland railway station on the North Yorkshire Moors Railway. This village is famous for being the setting of the fictional village of Aidensfielld in the television series Heartbeat. In addition this has been used as the location for Hogsmeade railway station in the Harry Potter films. I was lucky with the above photograph as there was a group of tourists being shown around the station, but they had just crossed over the bridge to the left side of the tracks when I captured this image, so I was able to get a photo without tourists.