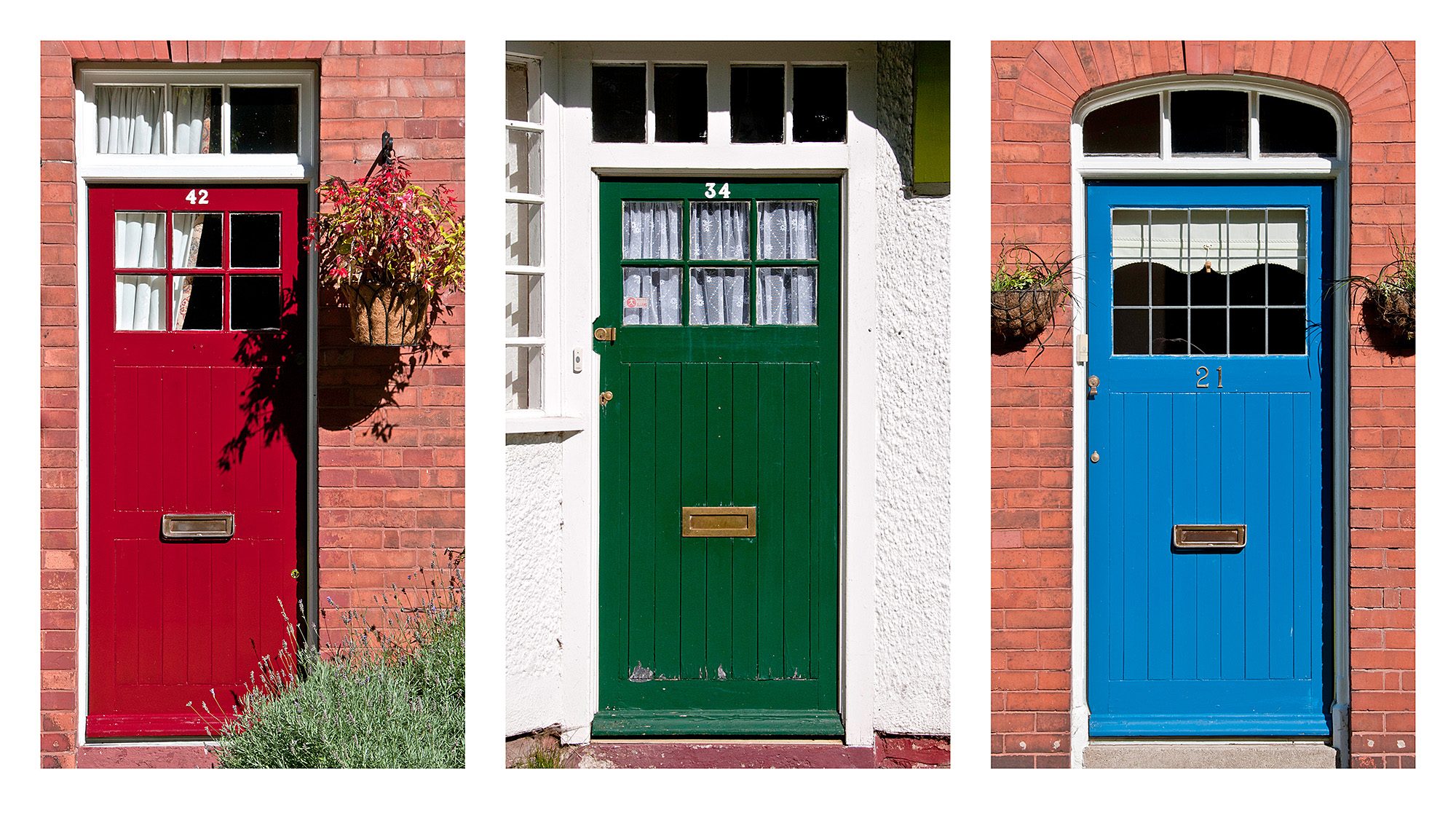 The above image shows the front doors of three homes in the small but picturesque village of Port Sunlight in Merseyside. Inspired by an image of Scott Kelby’s that had nine doors, I went around capturing as many colourful doors as I could. When I got back to my computer I noticed the brightest photographs had the three primary colours red, green and blue (otherwise known to us geeks as R.G.B.) It took a little while to line them up and get all three the same size but I think it works.