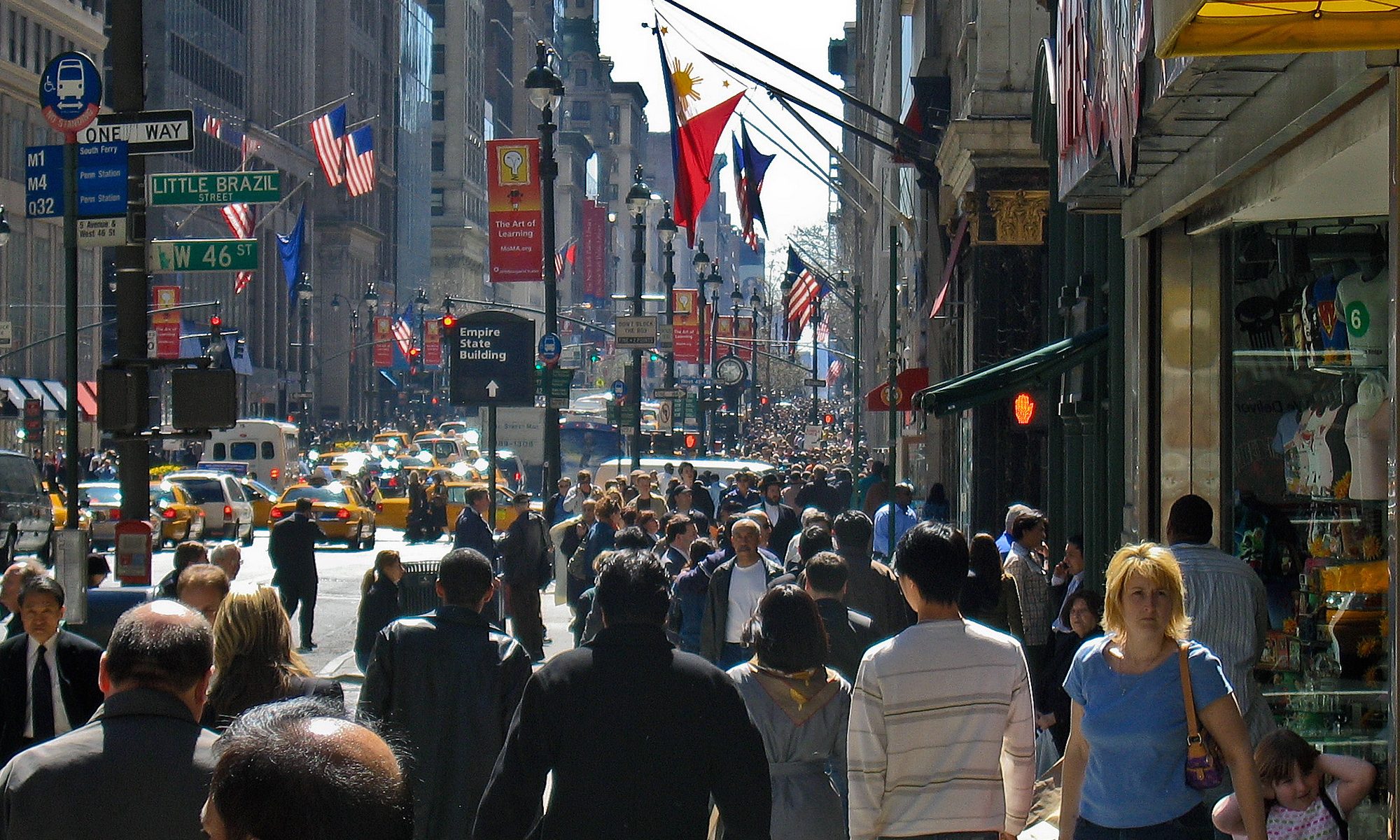 It has been a while since I published any of my older photographs from trips to New York. The image above illustrates my first impression of the city – bigger than I ever thought possible, with more people than I had ever seen in one place. It seems to go on for ever (with roads in a grid pattern), it looks as though the roads and skyscrapers go on into infinity. This photograph was taken on the long walk down 5th Avenue from the Guggenheim Museum all the way to the Empire State Building. The reason I am showing you this photograph is two fold. For thousands of people living in New York this is an everyday normal sidewalk (or pavement as I prefer). However, for me, as an Englishmen in New York this was like stepping into another world! Manchester’s Market Street has got nothing on this place, in terms of crowds and volume of people.