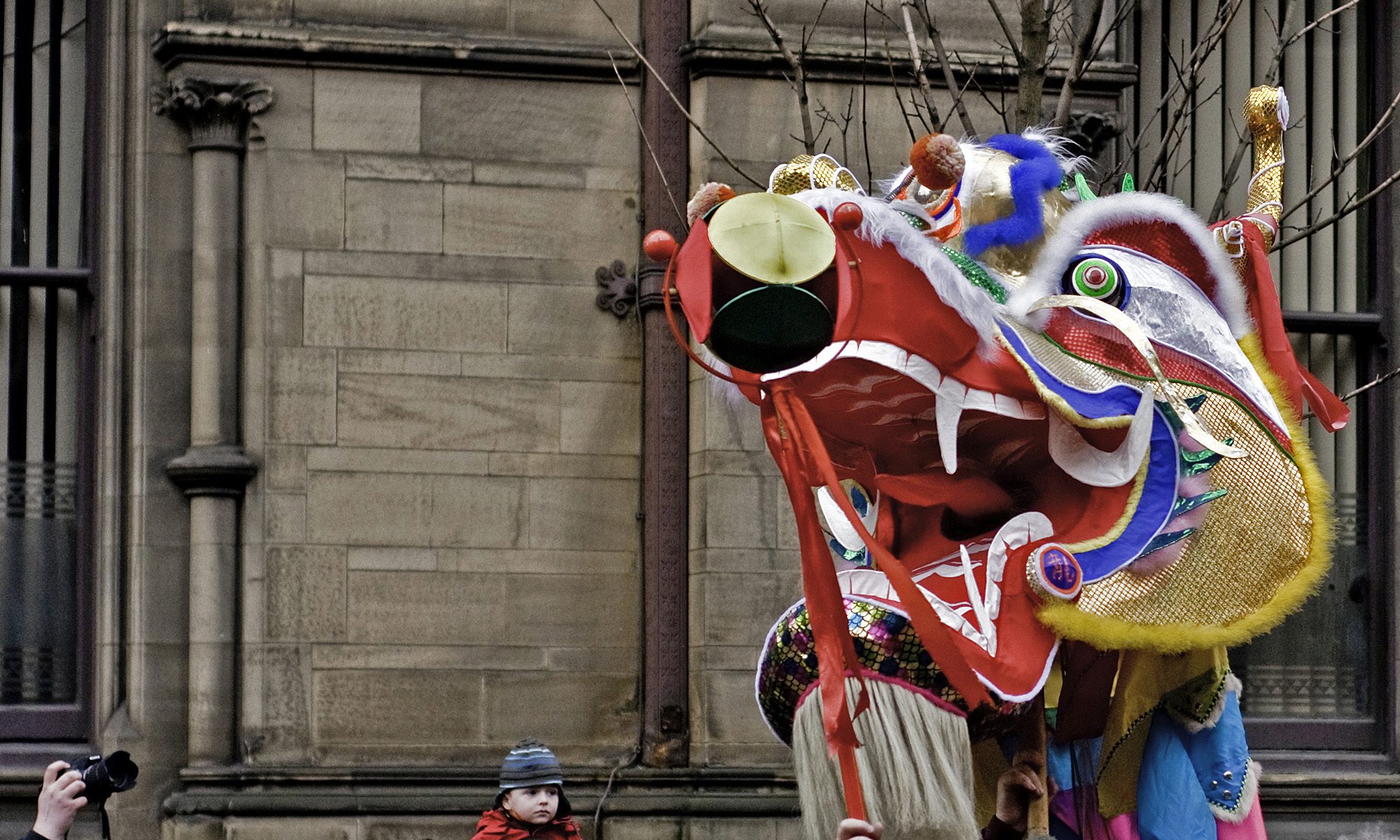 Ciaran and I had planned to go and explore around the city centre to see what we could photograph, until I got a call from him that the Metrolink tram was so busy he would get off at St. Peter’s Square. I thought that the Chinese New Year celebrations had been the previous Sunday but I was wrong, there were hundreds of people lining the streets around the Town Hall and we could hear the sound of drums. Five minutes later the parade had started and I got this photo of the dragon. Two years ago I was in Manchester’s China Town to see the parade, but took the photo below which had a poor background. This background is much more pleasing in my opinion. Just for the record, I was using a 50mm fixed lens and I did NOT hold the camera above my head as the “photographer” in the corner of the image is doing (that’s a pet hate of mine).