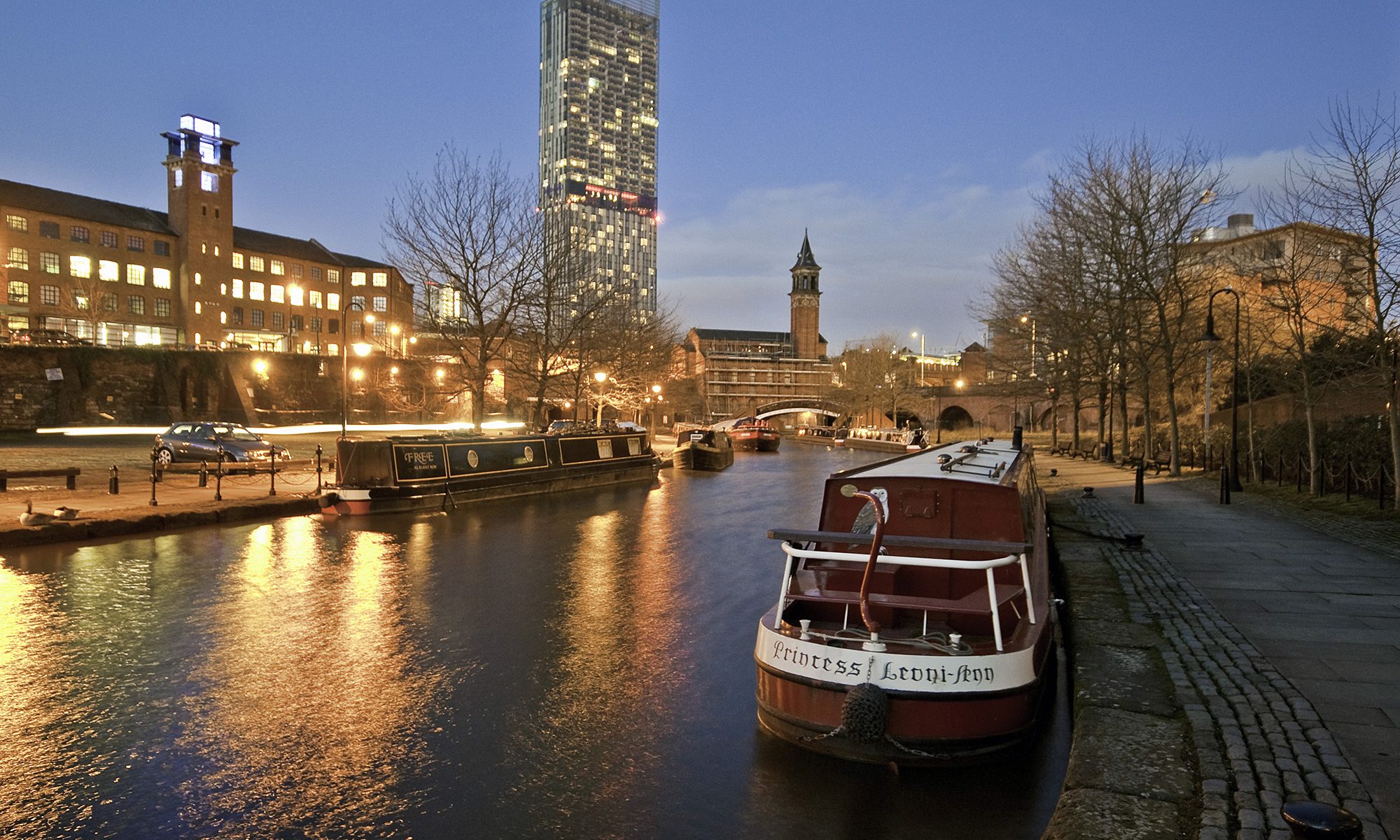 Regular readers will have seen this view before, but it has been over a year since I last tried to get this shot perfect. The above image shows that I am one step closer to this ultimate goal. Since the last attempt I have a newer camera and wider angle lens, and I would like to think greater knowledge of low light photography. After playing around for almost half an hour trying to take this picture, I have come to the conclusion that what I am wanting is physically impossible from one exposure.

My dream shot here has the barge pin sharp, the buildings in the background pin sharp and the Beetham Tower / Hilton Hotel pin sharp. Here I was shooting a five second exposure at f/4.8. Obviously an aperture of f/22 would have given a wider wider depth of field but then my shutter speed would have been much longer. The twenty second version at f/22 had all the buildings sharp but the barge was blurred because it was moving due to the strong winds.