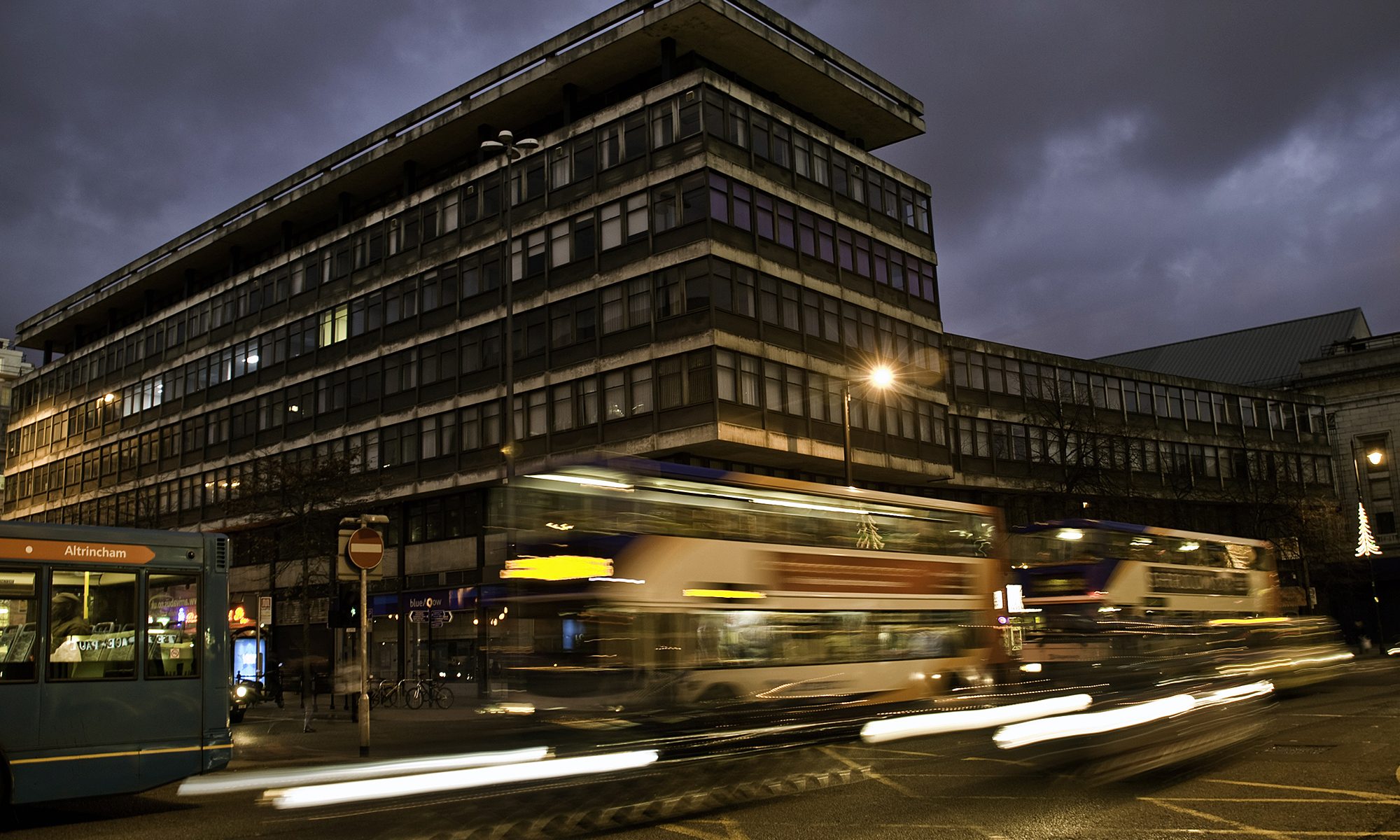 This photograph was taken back last November on an evening photo shoot after the Nikon Expo at the Velodrome. I was stood with my tripod on the corner of Oxford Street and Lower Mosley Street. Oxford Street / Oxford Road has one of Europe’s busiest bus routes with many different bus companies competing for customers. You can see three buses in the above photograph but it isn’t uncommon to see over a dozen buses in lanes of traffic. I like the way this image has turned out because it was a long one second exposure and the different lanes of traffic were moving at different speeds making an interesting effect.