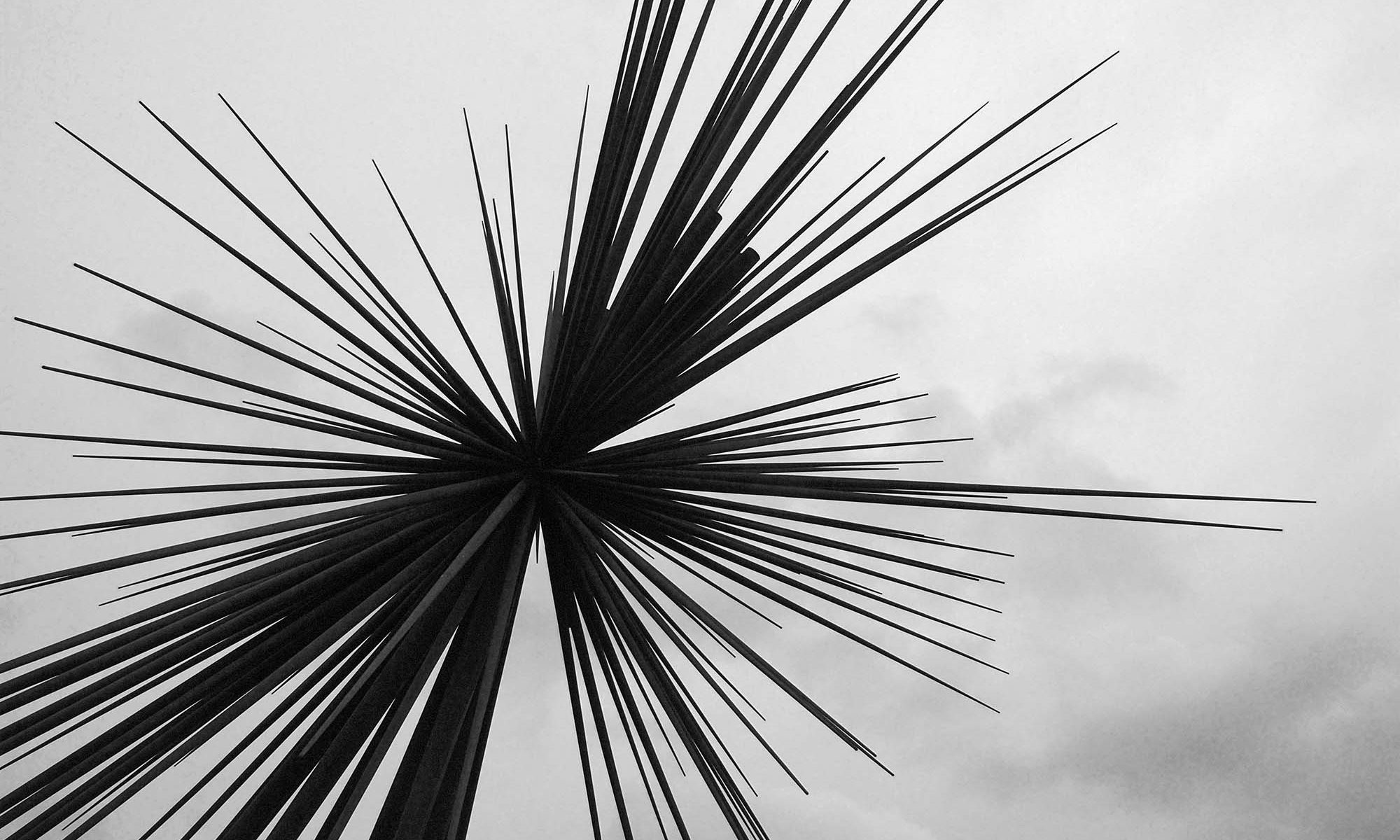 The past two days have been really sunny, cold but with nice skies and lighting. Unfortunately I haven’t been able to get but with my camera but this morning I decided I wanted to get up early and go to Manchester’s Sports City. Looking on the maps I choose to walk there, its probably about two or three miles from where I live but it is into an area of the city I have never explored before. When I woke up however it was very overcast with dark grey clouds. Still, I had made up my mind I was going to go so I did. It rained a little but I didn’t get soaking wet. After seeing the sculpture I wasn’t that impressed, the area beneath it was fenced off and two or three of the spikes had come off and were in a pile on the floor. I will have to go back one early morning when there is a nice blue sky. I like the above photo but I want a shot that gives a sense of scale because this thing is huge, 183 feet (56m) tall, thats taller than both Nelson’s Column and the Angel of the North.