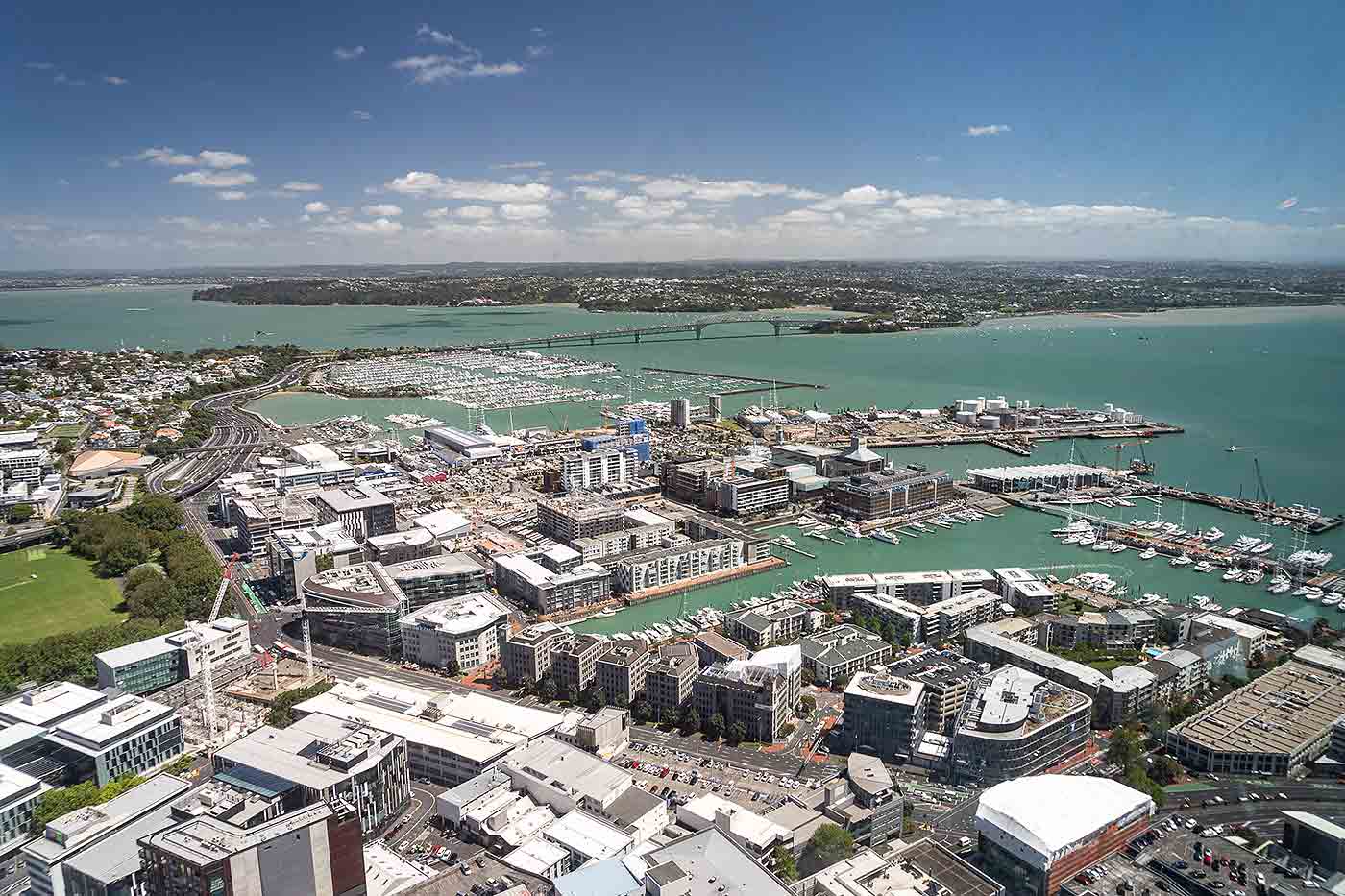 Although I lived in Auckland for around a year in 2012/13 its been quite a few years since I’ve been up the Auckland Skytower. This is from the lookout or observation deck looking north west over the Auckland Harbour Bridge. In the foreground you can see the Wynyard Quarter and Westhaven Marina. On the far left is the edge of the Victoria Park. On the other side of the harbour bridge is the Northshore area’s of Chatsworth and Birkenhead. This has to be one of the best views in Auckland’s central city.