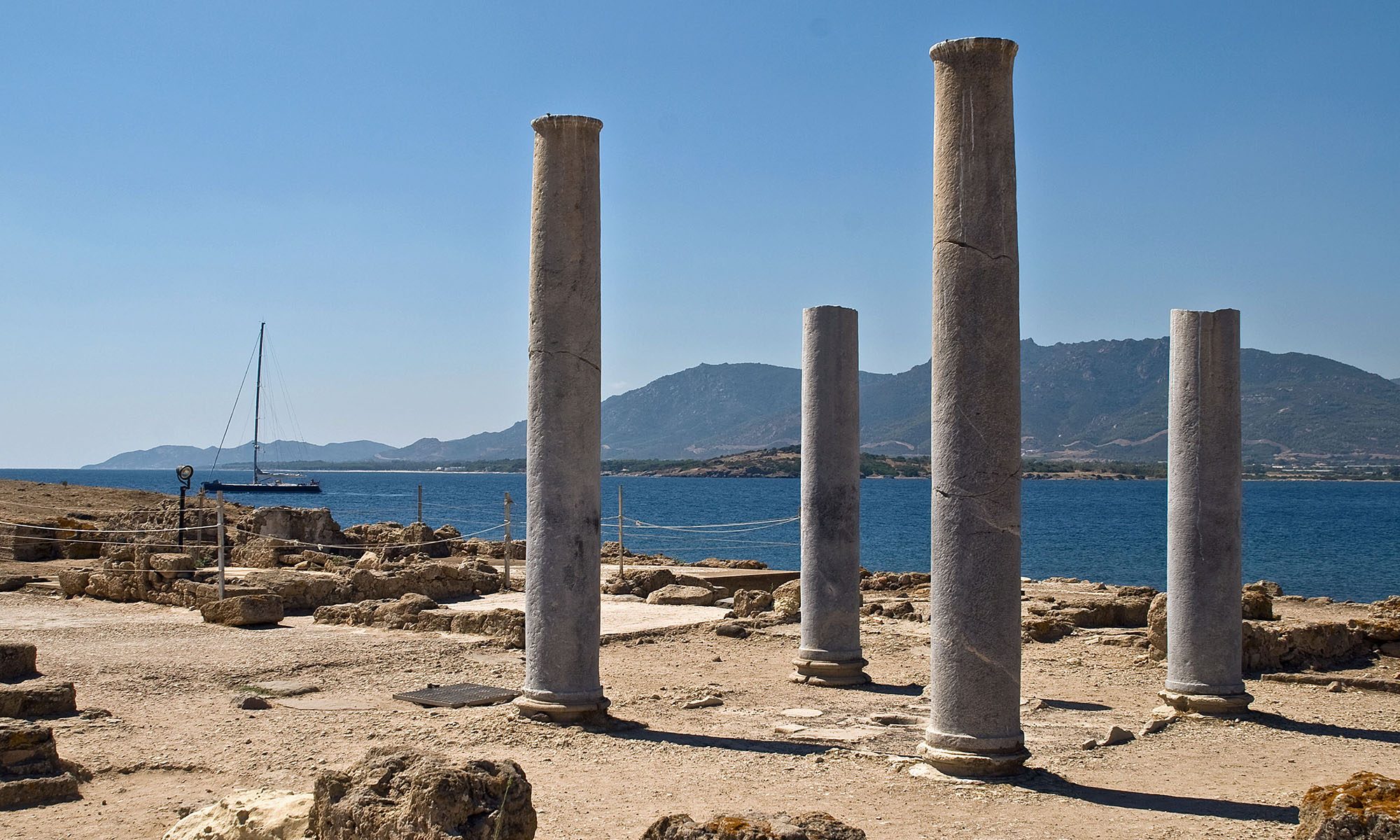 I stumbled across Nora, when I say stumbled I literally mean it. I got off the local bus to photograph a tower on the end of the peninsula which I had seen from the beach at Pula. I quickly realised I had come across one of the largest tourist attractions in Sardinia, Nora is an ancient Roman and pre-Roman town. It is believed to be the first town founded in Sardinia and to have been settled by the ancient Nuraghi people. However after colonisation by Phoenicians and a period of domination by Carthage, the town came under Roman control after the conquest of Sardinia in 238 BC. The columns in the photograph above were particularly hard to photograph as people were crowding round them to have their “tourist style” pictures taken. I think I had a couple of tourists hidden behind these large columns. It was a very hot day when I took this photograph but I have dozens that I would like to share from this day. Stay tuned.