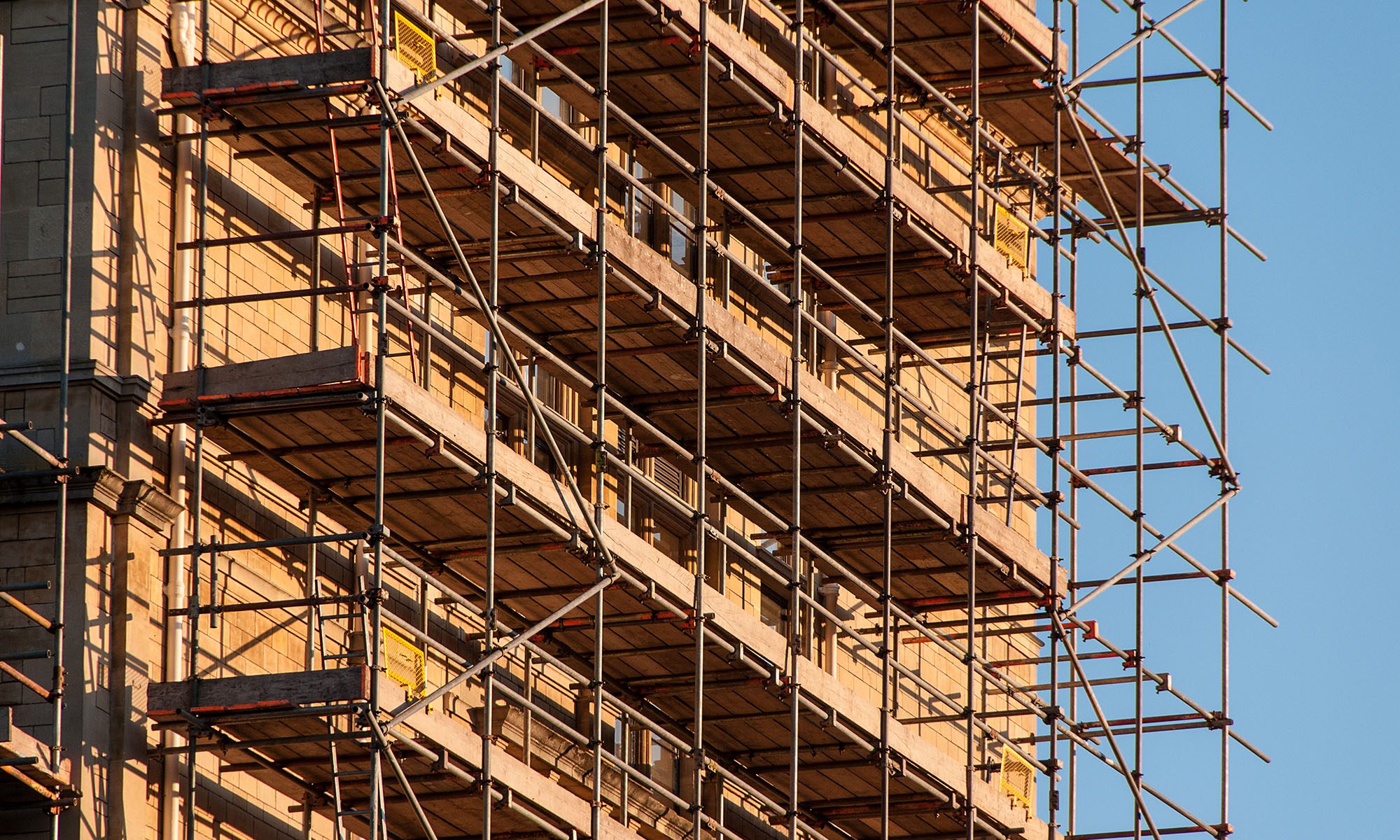 Sometimes we look forward to seeing a famous landmark or building in a new town (particularly when travelling) only to find that it is covered in construction workers, usually using ugly scaffolding to get access and at the same time masking what we came to see (or in my case photograph). This was the case with the image below of the River Avon at Bath with the Empire Hotel. In my opinion this would have been a lovely photograph if it wasn’t spoilt by the scaffolding. Taken at sunset the sun is highlighting the side of the hotel with the most scaffolding (typical right?). Rather than delete the photograph I decided to keep it and in addition zoom my lens into 200mm and focus on the highlighting scaffolding for the above pattern picture. 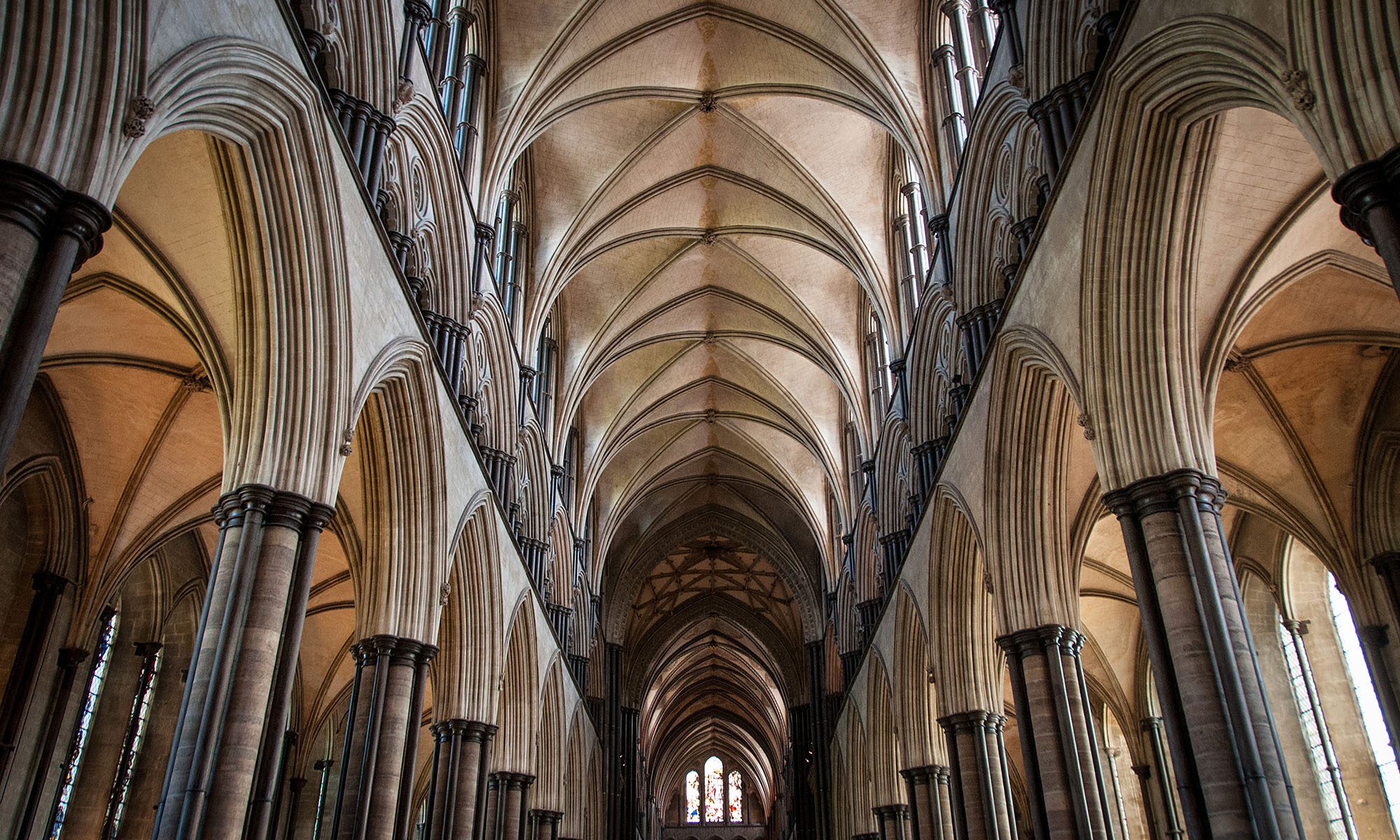 This is the nave of Salisbury Cathedral. This is the view you see looking up as you first enter and look down towards the alter over one hundred metres away! It amazes me how a building so vast and full of beautiful and interesting architectural detailing could have been built over 700 years ago! 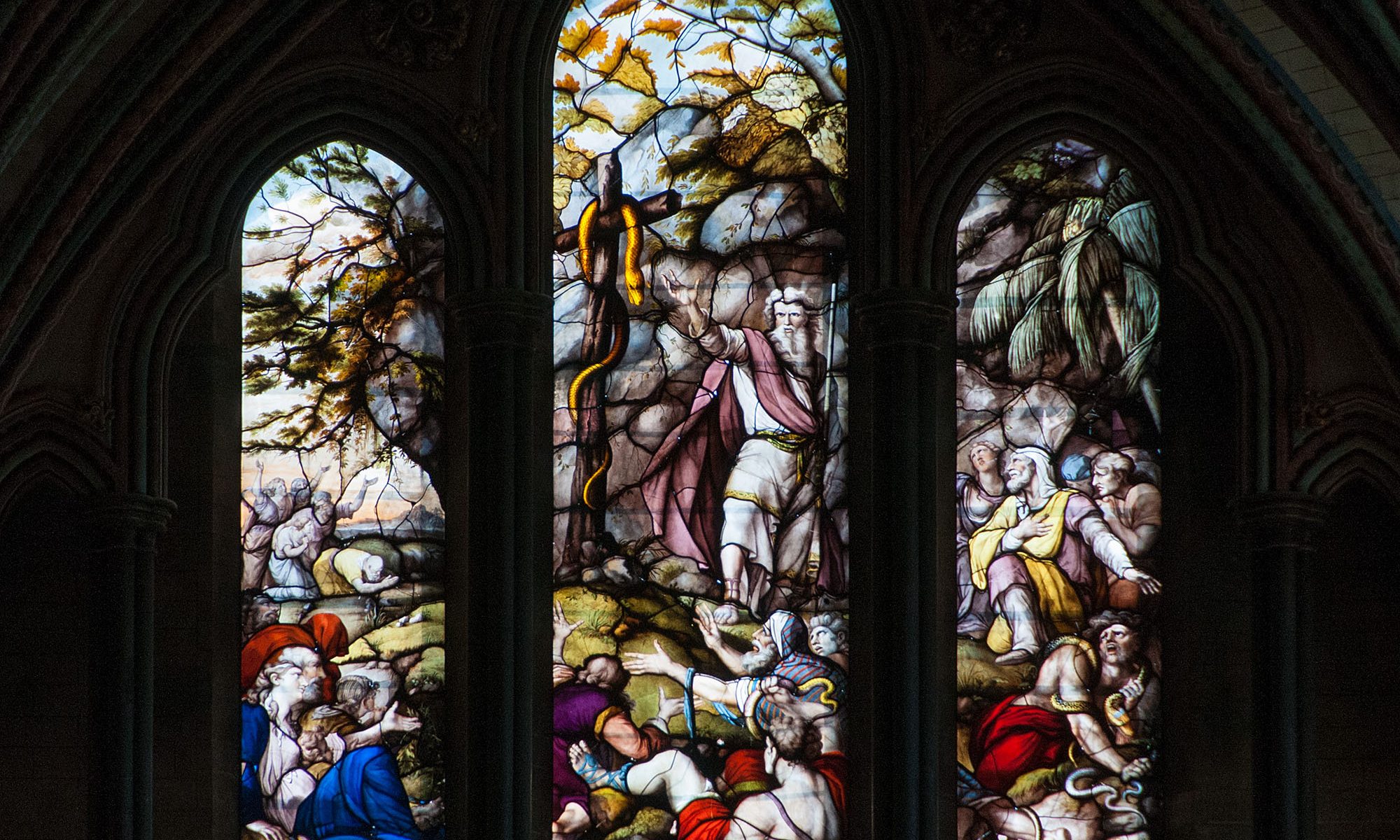 The above stained glass photograph was taken hand held in Salisbury Cathedral’s transept. In the shadow areas on the edges of the image you can just about make out the vaulted ceiling, delicately lit by the clerestory windows on either side. Although slightly tricky to read, the text at the bottom of the three panels of glass put together reads “Even so must the Son of Man by lifted up”. 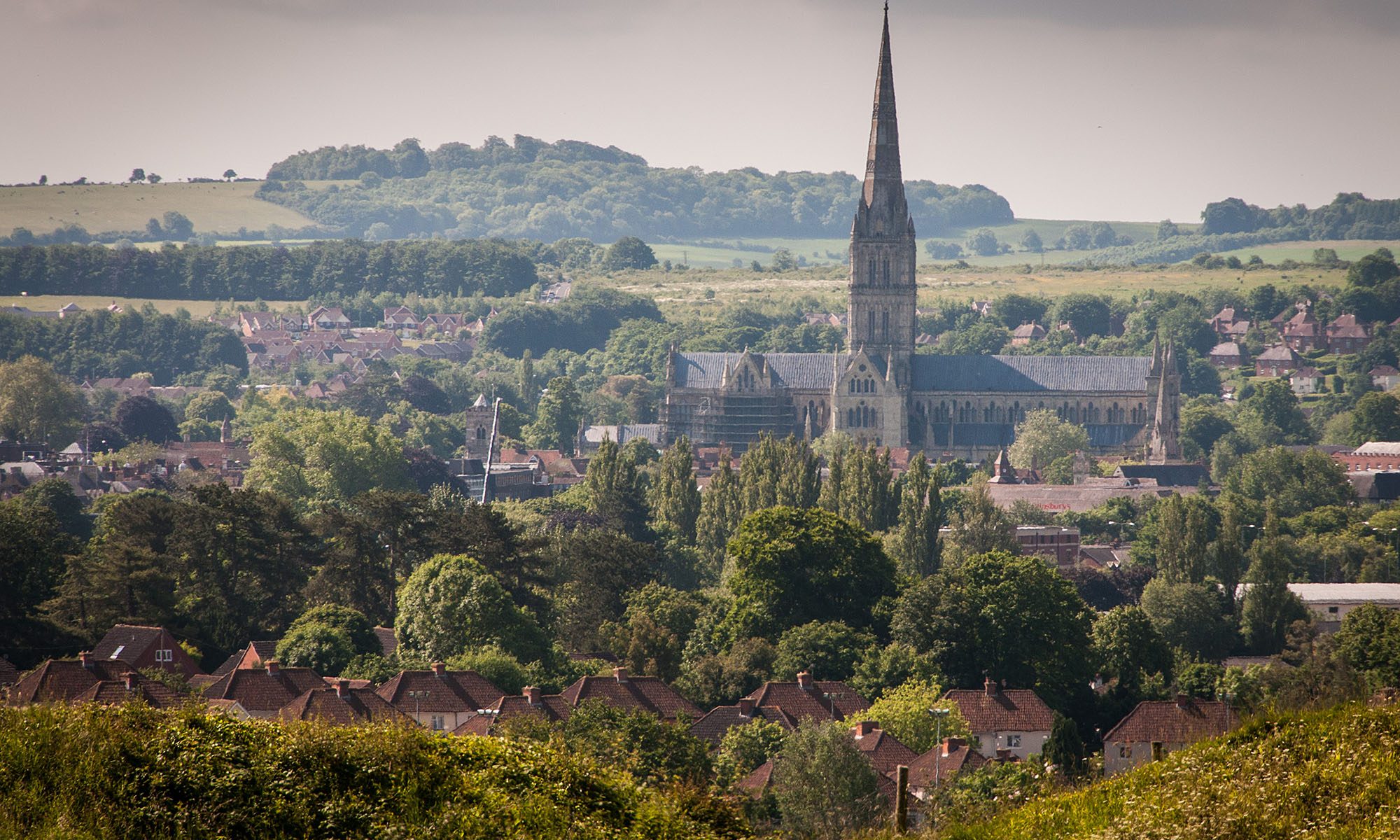 At over four hundred feet high Salisbury Cathedral’s church spire is the tallest in the United Kingdom and dominates the Wiltshire landscape. Seen here from Old Sarum, which is the site of the earliest settlement of Salisbury, containing evidence of human habitation as early as 3000 BC. It was originally an Iron age hill fort. In 1219 AD the cathedral on this site was torn down in favour of the new one (pictured above) built near the river and the townspeople moved down to the new city, then called New Salisbury or New Sarum.