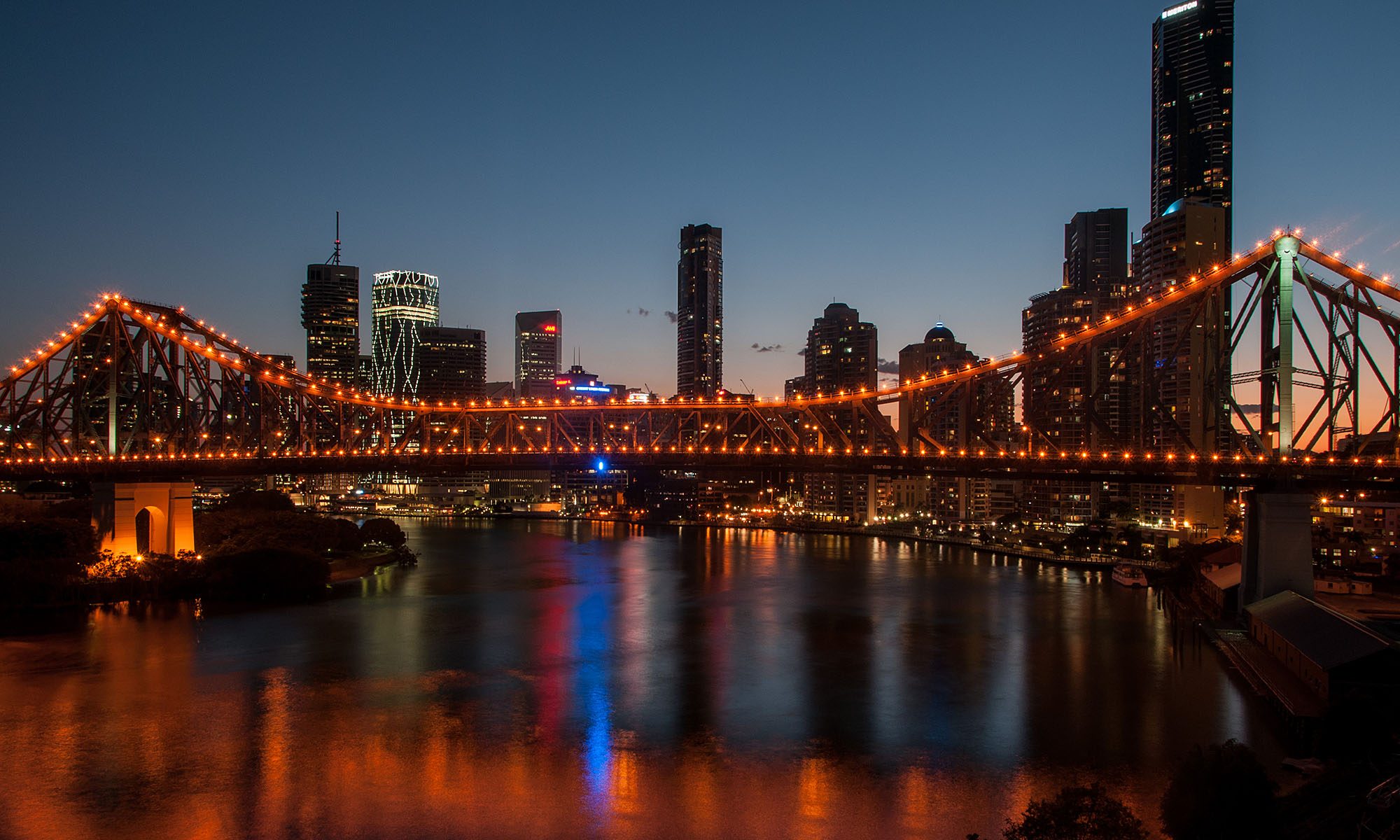 One photograph I knew I wanted to captured in Brisbane was a skyline of the city that included Story Bridge. Having got to this point the previous night but fallen asleep due to having been awake for nearly two days (I flew in that morning from Singapore), it wasn’t until my second evening in the city that I stayed alert enough to capture this night photograph of the bridge all lit up. The sun had set probably about half an hour before, off to the right of the view. 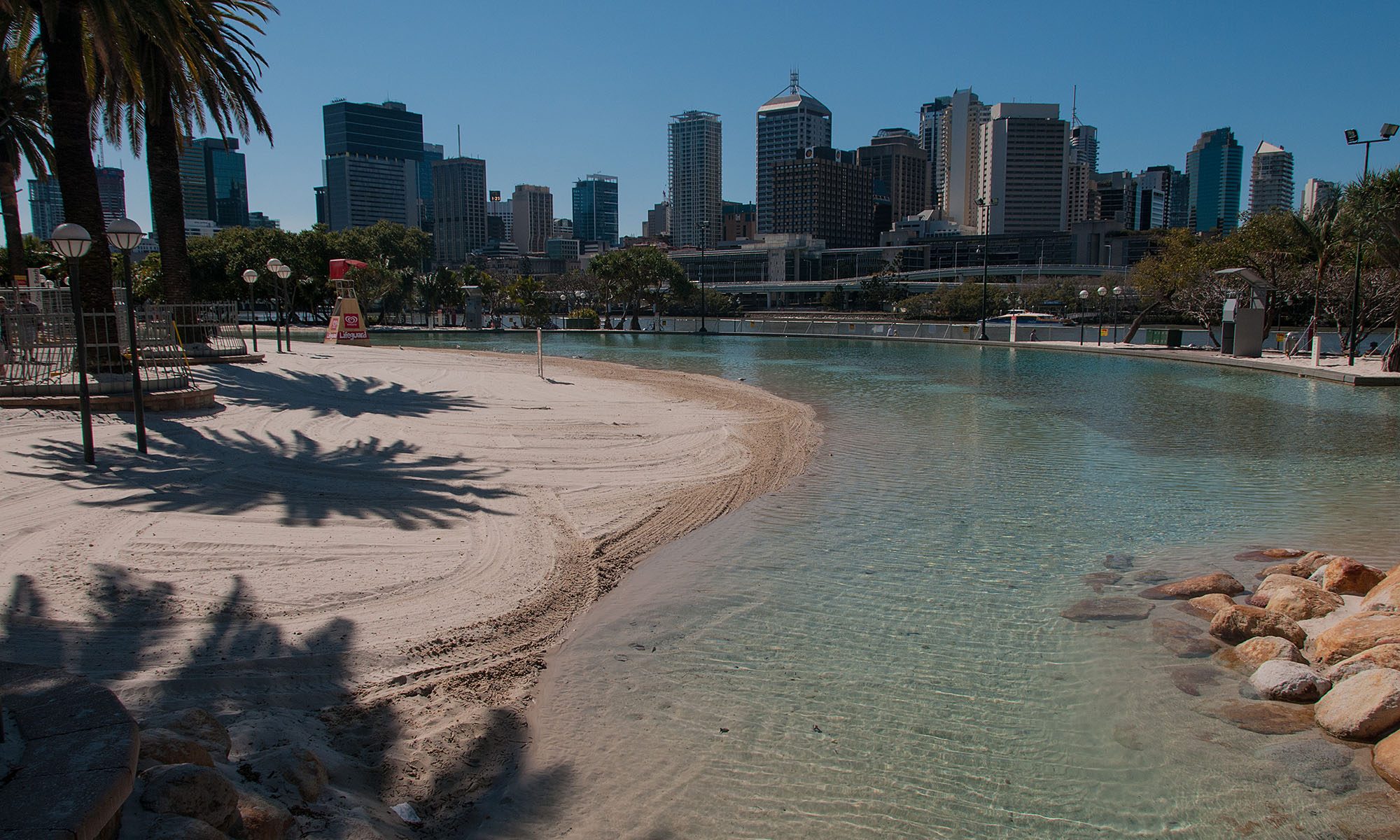 Looking on a map of central Brisbane and the Brisbane River I could see that The South Bank Parklands would be worth exploring. What I wasn’t expecting was the streets beach. Being about half an hours drive away from the coast this artificial beach is evidently extremely popular in the summer. In some ways coming to Australia in winter has meant that things aren’t as busy. In this case the beach was closed for maintenance, so I was able to get a rare view of the beach completely empty in the middle of the day.