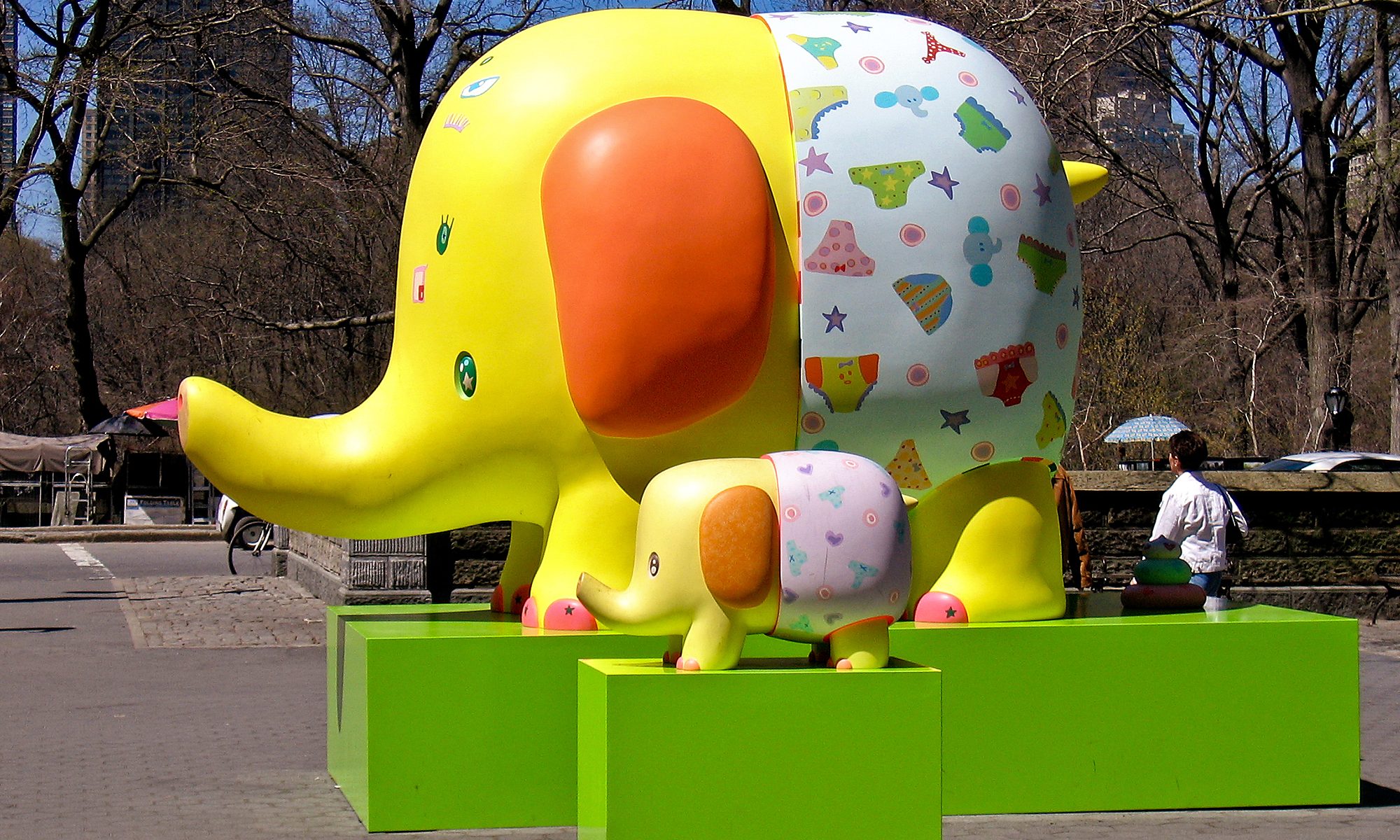 Strange but true, these two yellow elephants were found when walking down 5th Ave past the corner of central park. It was almost three years ago and when I last checked they weren’t there anymore. According to a bit of digging around I found out that the artist was a Japanese lady by the name of Chinatsu Ban. The title of this work is V W X Yellow Elephant Underwear / H I J Kiddy Elephant. Their actual location is in the Doris C. Freedman Plaza and they were stood there from the 8th of April through to the 29th of August 2005. In any city it is hard for me to walk past something like this without taking its photograph, a little similar to the “cow parades” that toured around various cities in the UK and Europe only I don’t believe these elephants were spread around the city of New York, I think this was a one off.