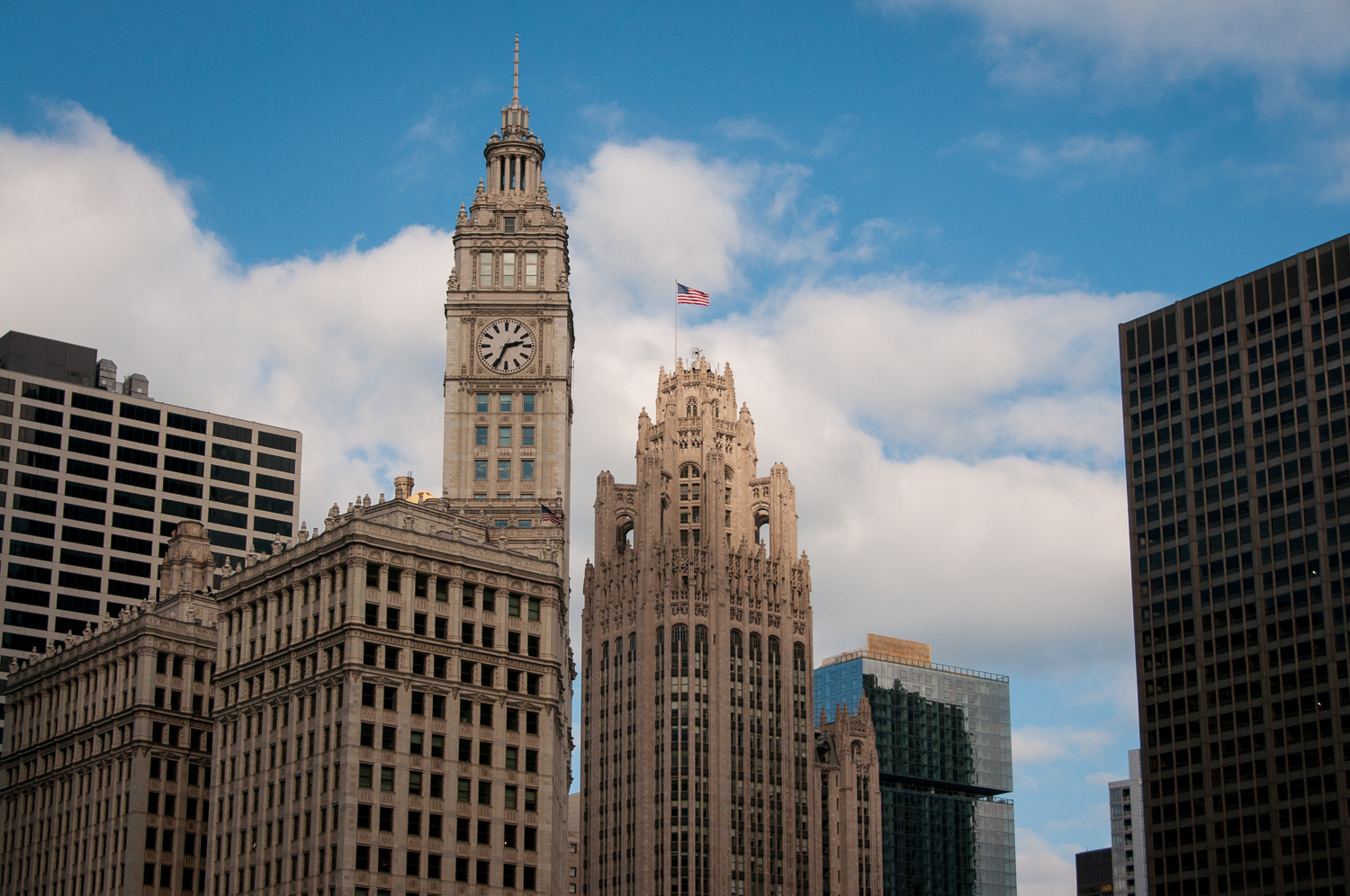 On the left is the Wrigley Building with the clock on the main tower and on the right with the American Flag is the Tribune Tower. This is just the top halves of the buildings but I wanted to focus on these two as they are clearly much older than the surrounding skyscrapers. Walking along Wacker Drive on the south bank of the Chicago River I was able to compose this photograph was a slight gap between the buildings. Just a few metres to the right and the gap wouldn’t be there and the buildings would look like one as they are a similar age and colour. Although the perspective is odd from this angle there is in fact North Michigan Avenue between the two buildings, which is a major road in Chicago.