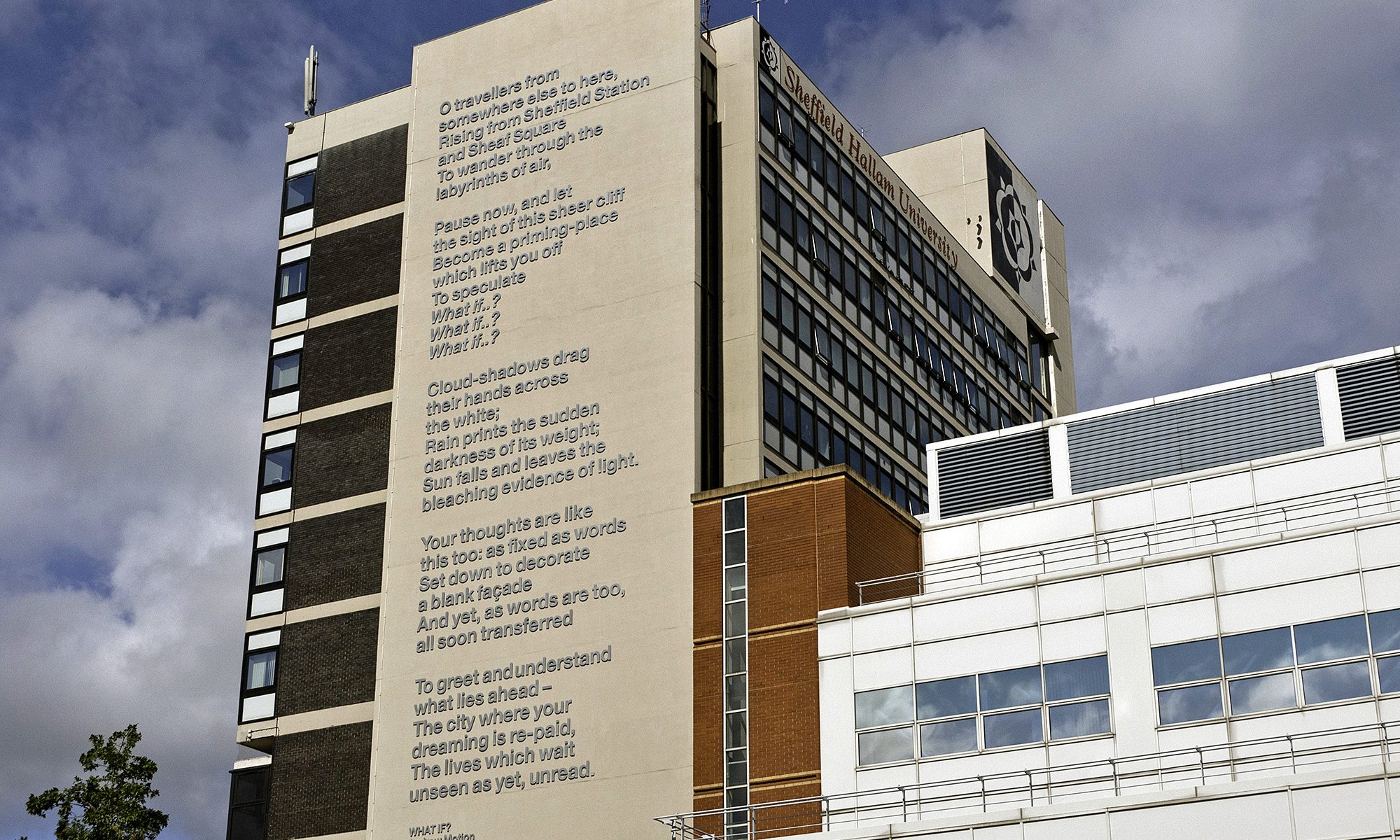 This is the Owen Building, part of Sheffield Hallam University. On the side of the building is a poem called ‘What If?’ by Andrew Motion, written for the Off The Shelf literature festival in 2007. I was in Sheffield as my younger cousin was due to start studying at the university in about a months time and had never visited the city before. So we drove across the Pennies to Yorkshire. Obviously being a nice day I took my camera.