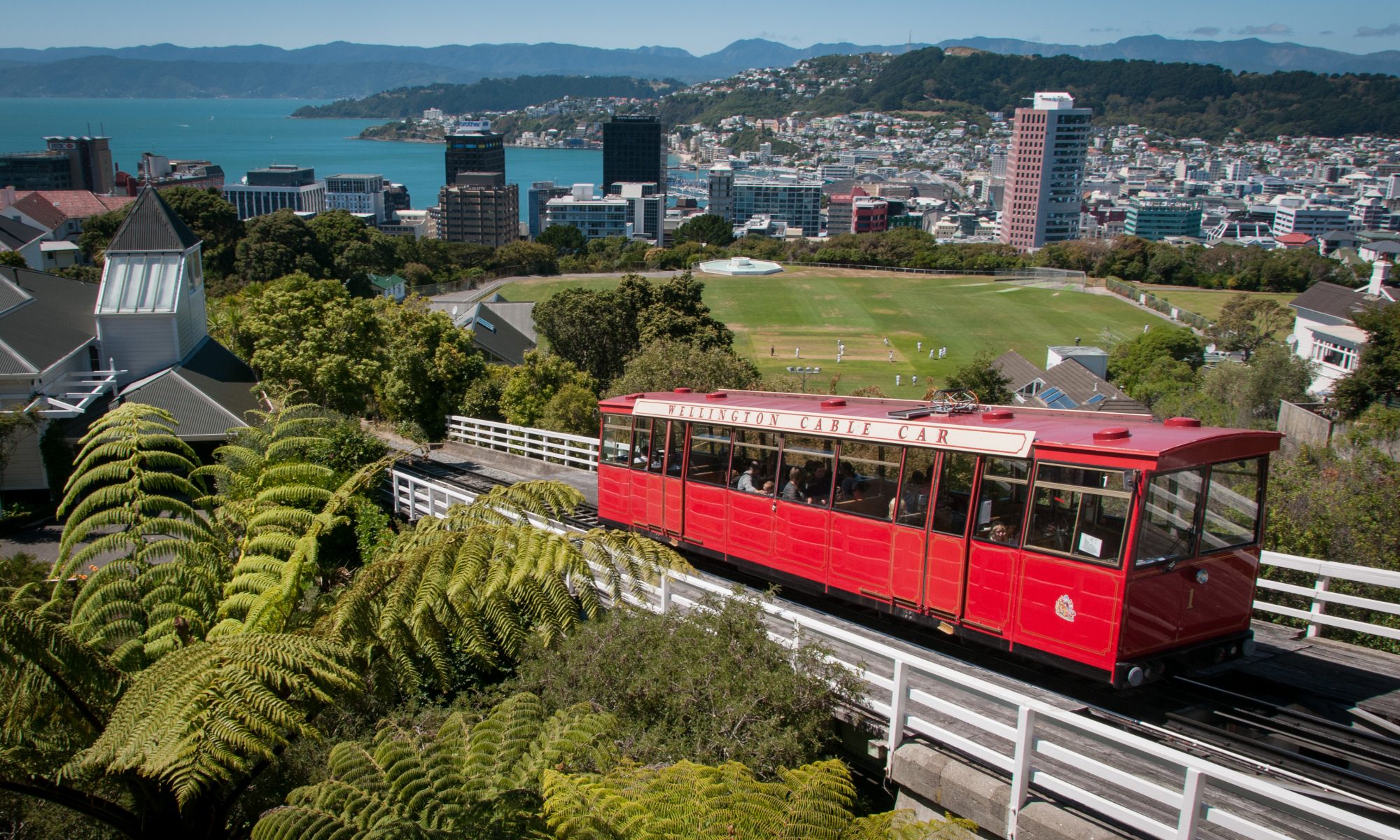 The bright red cable car is widely recognised as a symbol of Wellington. Having seen many photograph of it before this was something I was very keen to both go on and photograph. New Zealand’s capital city turned out to be one of the last main places in the country I have been to but quickly became one of my favourites. Sadly, on the first day in Wellington it was cloudy and wet, with the forecast promising much the same for the next few days. However the next day turned out to be perfect. The blue sky really helps the red of the cable car stand out as the focal point for the photograph. Also, the men playing cricket in the field behind are a nice added touch.