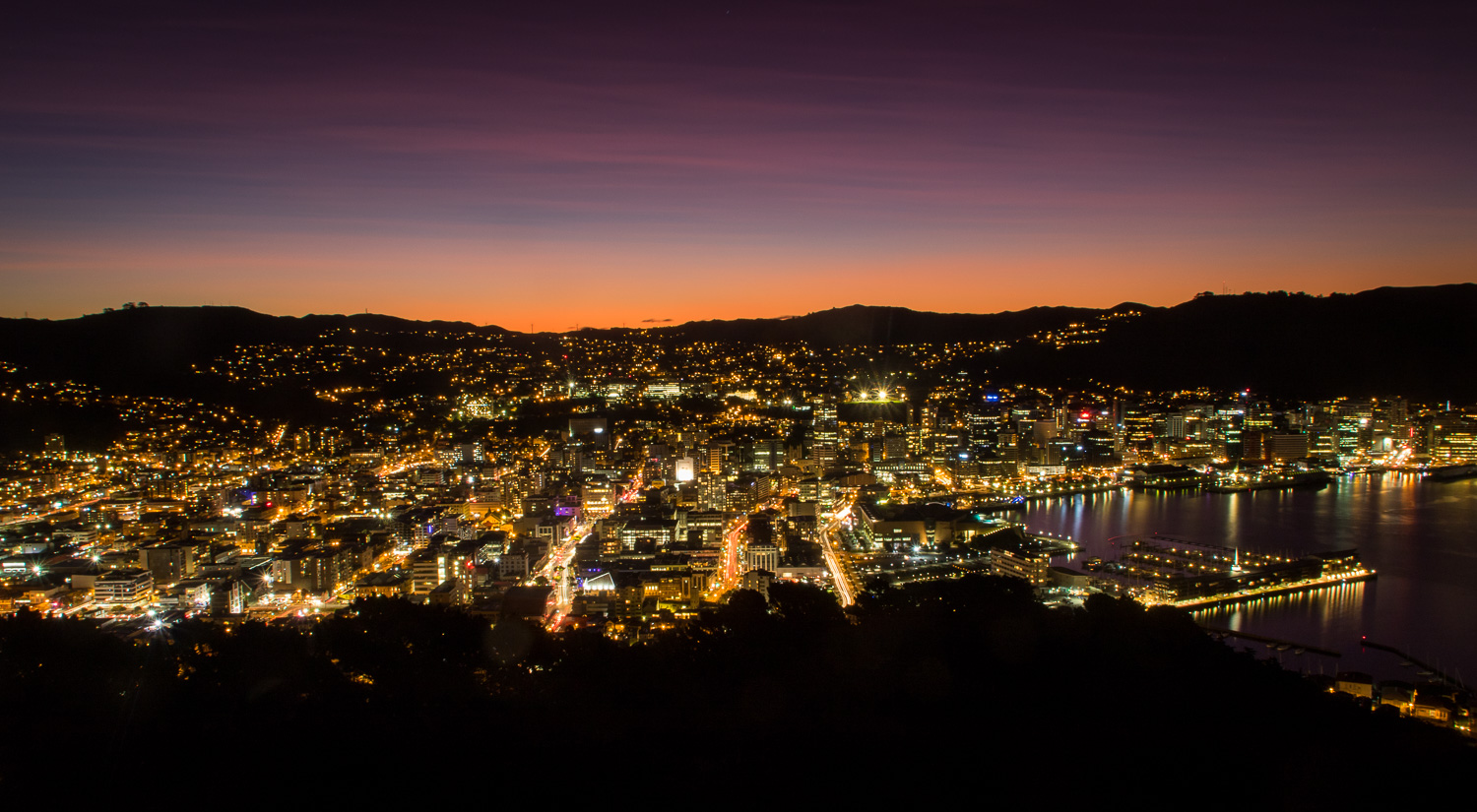 One of the best views of New Zealand’s capital is from the top of Mount Victoria. In the foreground there is a lot of trees that hide the suburb of Mount Victoria. The area in the middle of the frame is Wellington city centre. The hills opposite are home to the suburbs of Kilburn and Northland. I wanted to capture the lights of the city with the after glow of sunset behind the hills. When composing this photograph it was important to include as much of the city centre and Lambton Harbour as I could. By using a wide angle lens I was able to do this but chose to crop the photograph into more of a panoramic format as there wasn’t much more of interest in the sky or the dark foreground.